Home » Travel » The Backstory: How a Florida newspaper ended up on the moon — and then became our first NFT 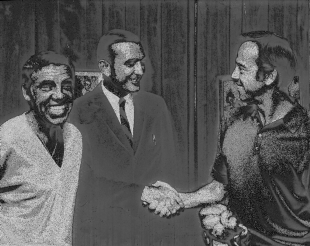 I’m USA TODAY editor-in-chief Nicole Carroll, and this is The Backstory, insights into our biggest stories of the week. If you’d like to get The Backstory in your inbox every week, sign up here.

In 1970, newspaper publisher Al Neuharth, who would later start USA TODAY, had a big idea. He wanted his paper in Florida, then called TODAY, to be the first newspaper on the moon.

NASA was prepping for the Apollo 14 lunar mission, and Neuharth wanted his Space Coast paper, now called FLORIDA TODAY, to be on board.

Start the day smarter. Get all the news you need in your inbox each morning.

He went to James Webb, former head of NASA, who was then a director of Gannett, the parent company of what is now the USA TODAY Network.

He was told no. No commercial products allowed.

Still determined, he went to President Lyndon B. Johnson, whom he’d hosted when the president toured the Cape.

So he turned to Buddy Baker, who was TODAY’s community service director, and challenged him to find a way to the moon.

Neuharth assumed Baker could get to Apollo astronaut Alan Shepard and make the ask directly. Mara Bellaby, FLORIDA TODAY’s current editor, picks up the story from there.

“Baker was plugged into the Space Coast community. He’d previously penned a column: Brevard After Dark. He knew all the hot spots, and was a regular at the Carnival Club and a friend of the club’s owner, Lee Caron. If Baker wanted an introduction to Shepard, he’d be just the person to get one,” she wrote this week.

“Baker was known for his infectious staccato laugh, his encyclopedic knowledge of plays and movies and his zest for life – just the kind of guy to persuade an American hero to do something the president of the United States had, according to Neuharth, called impossible.”

And he did just that. Over drinks.

“The plot appears to have been hatched over cocktails and jazz in the presence of legendary drummer Buddy Rich at Lee Caron’s Carnival Club in Cocoa Beach,” Bellaby wrote.

“A photo captures Baker, wearing a sport coat and striped tie with a pen sticking out of his chest pocket, shaking hands with Shepard, more casual in a polo shirt. Rich, grinning like he knows a secret, stands alongside them.”

Astronauts could bring some personal items on board the spacecraft. Baker asked Shepard to include the TODAY Apollo special edition as part of his allowance.

“It would seem the ‘local’ paper should be a strong contender, however,” Shepard wrote to Baker in a handwritten letter dated Aug. 2, 1970. He asked Baker to send the microfilm of the paper. He wrote he’d add it to his personal belongings “if at all possible,” underlining all four words.

“I reaffirm that I intend to take the total films of TODAY with me on Apollo 14. I hope that you will be able to publicize this after the flight since so many of your readers are directly responsible for its success,” Shepard wrote on NASA letterhead, underlining the word “after.”

The TODAY microfilm made it to the moon on Feb. 5, 1971, when Shepard and Lunar Module pilot Edgar Mitchell landed in the Fra Mauro highlands on the lunar surface. On March 22, 1971, the little brown tube carrying microfilm made its way back to the Brevard County newsroom.

Today, the paper that went to the moon is the inspiration for the USA TODAY Network’s first NFT, or non-fungible token.

NFTs are certificates, or tokens, recorded using the same technology behind Bitcoin to verify ownership of a digital item, explains USA TODAY Money reporter Brett Molina. The items certified by NFTs can range from pieces of artwork to highlights from NBA games.

“The norm right now is people create these limited edition tokens where there is only one of that token,” Chris Wilmer, an associate professor at the University of Pittsburgh Swanson School of Engineering, told Molina. “They will associate a piece of their art with one of these tradable tokens, and they say there is only ever going to be one.”

That exclusivity is what makes NFTs so valuable.

NFTs started reaching a more mainstream audience in March, Molina said, when Christie’s auctioned an NFT featuring a piece of digital art from an artist named Beeple for $69 million. “They said it was the third highest price for a living artist,” he said. “From what I’ve seen, it seems the primary appeal for NFTs is buying them as collectibles, as if they’re baseball cards.”

For this NFT, visual journalist Pat Shannahan, with the help of photojournalists from FLORIDA TODAY, assembled photographs, graphics, illustrations and front pages from five decades of space coverage to re-create the moon-bound TODAY cover as an interactive mosaic. You can zoom in on the replica front page, and see it’s made up of hundreds of photos, graphics, illustrations and newspaper front pages collected from across our network’s history of space coverage.

Proceeds from the auction of this NFT will benefit the Air Force Space & Missile Museum Foundation and the Gannett Foundation.

“We wanted to answer the question: Do our historic front pages, millions of archive photos and other assets of historical and cultural significance have value as NFTs?” said project manager Keira Nothaft. “Do we have something meaningful to add to this innovative new market? So we started brainstorming, and immediately thought of our history of space coverage.

“Along the way it was mentioned that we had the first newspaper on the moon, which seemed too incredible to be true. We confirmed the story and zeroed in on that.”

And the space special edition fit the bill for a strong NFT.

“A good NFT does three things: It inspires speculation, creates spectacle and it fires up spirit,” Nothaft said. “This nostalgic, creative, beautifully crafted mosaic does all three.”

And it’s also a strong statement on journalism.

“Big-picture, this image celebrates space and the human ingenuity it takes to reach and explore it; but when you zoom in and marvel at the details, it becomes, too, a celebration of the power of original, at-the-scene reporting and storytelling.”

Al Neuharth was a visionary with big ideas and a drive to push our industry forward.

His spirit lives on.

The Backstory: Our investigation found the ATF goes easy on problematic gun dealers. Here’s how we did it.

The Backstory: We’ve been tracking mass killings since 2006. Most happen at home.

Nicole Carroll is the editor-in-chief of USA TODAY. Reach her at [email protected] or follow her on Twitter here. Thank you for supporting our journalism. You can subscribe here.

This article originally appeared on USA TODAY: The Backstory: How a Florida newspaper ended up on the moon — and then became our first NFT 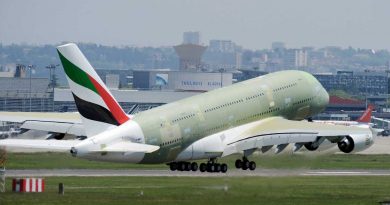