You don’t need to watch Ethan Hawke and Julie Delpy in Before Sunrise to dream of gallivanting around Europe with nothing but a backpack, a train ticket, and a few loose plans. And though low-budget airlines like EasyJet and Ryanair have temptingly cheap flights, if you’ve got some time on your hands, sticking to the train can be so much more rewarding. Get yourself the Eurail Pass, a train ticket that lets you visit up to 28 European countries in a single trip. Not only is it a far less stressful way to get around (goodbye seven-hour delays, hidden fees, and no legroom), but it gives you the freedom to truly explore, with flexibility to change plans in a heartbeat, gawk out the window as the Alps fly past, and feel like you’re in the real Europe instead of 30,000 feet above it.

Yet while country-hopping around the continent by train is basically a coming-of-age tradition among Europeans in their twenties, it’s still a relatively new concept to U.S. travelers. Fear not—according to Clarissa Mattos, North America market manager at Eurail, you’ll get used to it quickly. “Once you have a taste of it, there’s no other way to explore Europe,” she says.

Here, some suggestions for how to plan your trip.

© Getty
Spend a couple of days in Prague on the way to Vienna to soak up the cafe culture.

Figure Out How Much Time You Have

You can purchase a pass that covers one country (from $60), 28 countries (from $299), or anything in between, so make sure to weigh up how much time you want to spend on a train versus how much time you want to explore. If you only have one week and are itching to get to know Italy, for example, a one-country pass will get you from Rome to Florence to Milan, and then onto coastal cities like Genoa, where we suggest eating your weight in local dishes like fritto misto, stuffed eggplant, and homemade pesto.

“There’s a wrong image that Eurail passes are only for one-month trips,” says Mattos. “Even if you don’t have a lot of time, you could still do five trains and go to two countries [on a two-country pass].” Of course, if you do have that month to spare, the options are endless. “Decide on what type of itinerary you want first: If you want mountains, focus the route around Switzerland; if you want the ocean and a big city rolled into one, you’ll need to weigh up how many days you have and how many countries you want to visit,” she says.

© Getty
Budapest is a popular (and wallet-friendly) stop on plenty of routes.

While you’ll want the freedom to hop on and off trains as you please (or spontaneously swap one destination for another at the last minute) it’s good to do a little planning. According to Mattos, come summer, major train stations tend to get jammed with lines of people vying for tickets, so booking a seat on the busier routes, through the site, will help you avoid the scrum.

“You’ll also need to choose the type of train you want: a scenic route, an international train, or a high-speed train,” says Mattos. “Keep in mind that the slower trains give you the option to travel to the smaller, more authentic villages that feel more off the beaten path. The trains aren’t as fancy, but it will feel far more adventurous.”

It’s tempting to go a little crazy when it comes to packing for a long trip, especially when you might be having breakfast in Paris and hiking along the French Riviera’s craggy cliffs by the afternoon. Mattos points out that connections between trains can be tight, so the last thing you want to be doing is be trundling your great hulk of a rollaboard suitcase through Madrid’s sprawling Atocha Station.

One way to organize your belongings for a multi-city trip is to invest in packing cubes. “If you’re traveling to a few different places over the course of one trip, as I often do, use packing cubes to group your clothes together by destination,” Jen Rubio, founder of Away luggage founder, told Traveler last year. “This will keep you from pulling your suitcase apart at each stop, and make it so much easier to pack up and go from place to place.”

Most people don’t realize it, but Eurail covers modes of transport beyond the train. Want to see the continent from a different vantage point? There are ferries that connect from mainland Spain to Ibiza, ferries that shuttle you across the Mediterranean Sea, and ferries that take you from major cities to remote islands across Scandinavia. There’s even a ship that will bring you from Barcelona to Rome. Download the Eurail app to check the schedules.

You know, in case you need inspiration:

Where do you stop? Lugano, in southern Switzerland, followed by Italian towns like Como S. Giovanni, Desio, Sesto S. Giovanni, and Genoa. (Once in Genoa, tack on a side trip to Portofino or the Cinque Terre.)

What will you see? The Swiss Alps (take a cable car up Pilatus mountain), Genoa’s pastel-colored houses (the city if famous for it’s food, too), the Italian Riviera, the Duomo in Milan.

Where do you stop? Small cities like Kolin and Svitavy in the Czech Republic, followed by Vienna, Semmering, and Graz in Austria, and Gyoer and Tatabanya in Hungary.

What will you see? Baroque architecture, castles and the cobblestoned Old Town (plus Christmas markets in the winter) in Prague, famous art in Vienna (take a day trip to Salzburg), and thermal baths, grand cafes, and castles (again!) in Budapest. 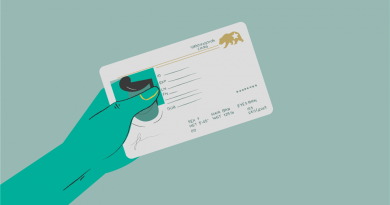 Everything You Need to Know About Getting a Real ID

Japan Begins to Reopen Its Borders for International Travel

These Airlines and Hotels Have the Most Satisfied Travelers Right Now