Home » Travel » The greatest beds in the sky 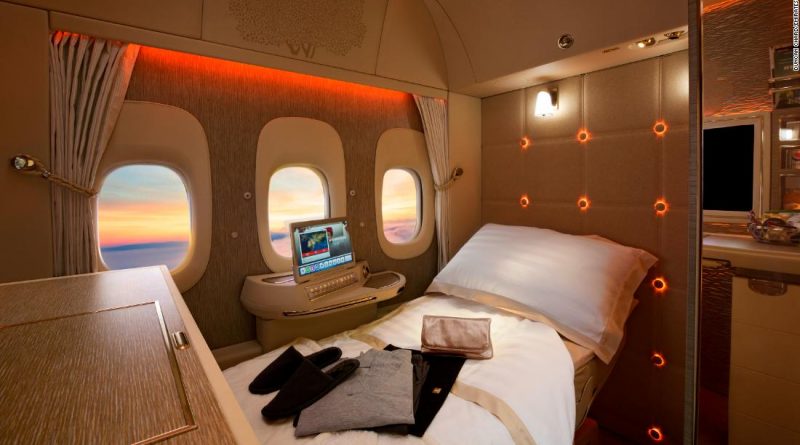 The most luxurious thing in the sky is to stretch out on a fully flat bed and sleep your way through a night flight, arriving refreshed the next morning.

It can certainly be pricey, though, with many business class seats running into the thousands of dollars, and first class sometimes into the tens of thousands.

But whether you’ve managed to fork over the fare (or the frequent flier miles) for the very best of first class before it disappears from our skies, or are flying the increasingly attainable yet increasingly luxurious business class, these are some of the best beds in both classes for you to consider.

In hopeful anticipation of the days when we’ll all be traveling again, let’s take a look — remembering that we’re just talking about the seats here, not any communal facilities like bars, shower rooms or anything else you’d share with others (perish the thought!).

Etihad’s A380 Residence and Apartments

Top of the list has to be the Etihad Residence, with its high-walled sitting room featuring a two-seater sofa in soft leather, double bed in a separate room, and its own dedicated ensuite shower and bathroom. Oh, and it comes with your very own trained butler in a special uniform. Yes, really.

You’ll find it at the very front of the upper deck on Etihad’s Airbus A380s — just in front of the Etihad Apartments, which are the “normal” first class offering, themselves high on the list.

These have their own buttery leather armchair, a separate bed, and some of them even have a retracting wall next to the bed so you can spend time with a traveling partner. It’s not quite a double bed, but you can cuddle from the waist up.

The walls of most first class suites don’t extend all the way to the ceiling — it’s an airplane safety thing so the flight attendants can see you — but Emirates’ newest first class on its newest Boeing 777-300ER solved that problem with a pinhole CCTV camera. Naturally, you can also use it to order drinks.

Wall yourself off from the world in your very own room, with a surprisingly calming ambiance in muted creams and tans. Emirates has toned down the glossy wood it uses elsewhere in exchange for a variety of textures and a mood-lighting system that means you can add your own signature accent color to the space.

You’ll find three of these zero-g body-cradling seats that recline into a bed in every row at the front of Emirates’ newest 777s … oh, and if you’re in the middle seat? Your windows are entirely virtual, with HD cameras and screens showing you exactly what you’d see outside.

The modern first class suite was invented by Singapore Airlines about 15 years ago for its Airbus A380, and that original product is still great, offering a double bed option for passengers traveling together, plus that Singapore Airlines sense of luxury in the outfitting.

Its new A380s — as well as the ones it’s starting to refit — feature an all-new and much larger suite, with a rotating armchair and an entirely separate bed, large dining and work table with separate vanity space. And, yes, there’s an option to convert some of the suites to a double suite with a double bed when the crew make the separating wall disappear.

BEST OF BUSINESS AND BEYOND

First class is exquisite, and priced accordingly, but you’ll find a growing number of business classes that are more and more luxurious.

Taking the business class market by storm already is JetBlue’s new Mint Studio, with its extra sofa seat where a fellow passenger can join you for drinks or dinner.

JetBlue’s new A321neos, expected to debut in the coming months, will feature two mini Mint Studio rooms at the front. Each contains a comfortable seat that turns into a fully flat bed with an adjoining sofa that, with the seat, converts to one of the largest beds in business class.

In addition to the Tuft & Needle bed, an extra-large screen and wireless charging, you can close the doors on your own private domain and while away the hours to and from London.

The national airline of Qatar revolutionized the business class market with its Qsuite, featuring individual doored suites with loads of space, an HD screen and an ultra-luxurious finish.

If you book the pair of seats in the center of the row, the crew can retract the divider wall to create a double bed. Groups of four in the center can combine through some cleverly retracting walls to create a four-person “quad” seat.

It’s an updated version of the seat found on the airline’s special sea-turtle-clad Airbus A380s, which fly between Tokyo and Hawai’i.

Also on ANA’s newest 777s is its latest business class, The Room, which is almost a flying loveseat that converts into a bed, with direct aisle access for every passenger. It’s possibly the most spacious business class seat around, even if its styling leans a little more office furniture than luxury jet.

Creating any kind of ranking for these incredible seats is very subjective, and will depend on how much you plan to spend, when and where you’re flying… and with whom.

You may love Emirates’ zero-g seat for a long day flight, where you can find exactly the right spot to relax over movie after movie, but you might like Singapore’s double beds if you’re spending the night with your other half.

You might like the Qsuite when traveling in a group, or prefer to spread out with the extra shoulder space in ANA’s The Room business.

The catch, of course, is what happens to all these seats and the planes they’re flying on after Covid-19: most are new enough to be around for a while, but keep an eye out when you’re booking to make sure you’ve got the seat — or suite — you want. 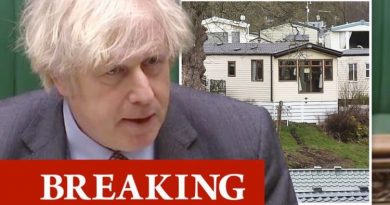 Camping, caravan & self-catering UK holidays return from April in roadmap out of lockdown