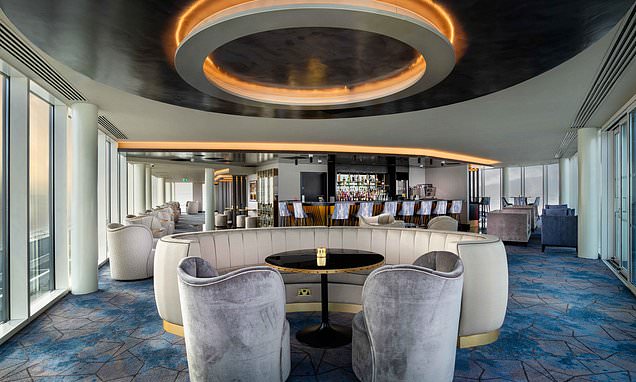 People are sniffy about airport hotels, but I’ve always liked them. Guests are going places; there’s a sense of expectation. And they’ve improved dramatically in the past decade.

The Hilton Garden Inn at Heathrow Terminals 2 and 3 is a newish offering, opened by Eamonn Holmes and his wife Ruth Langsford before the pandemic struck, and built from scratch by the Arora Group but operated by Hilton.

There are no fewer than 369 rooms with a choice of outlooks. I’ve gone for a runway view. The room is neat and tidy, with a cleverly stored ironing board, a small desk, armchair and 55 in TV. 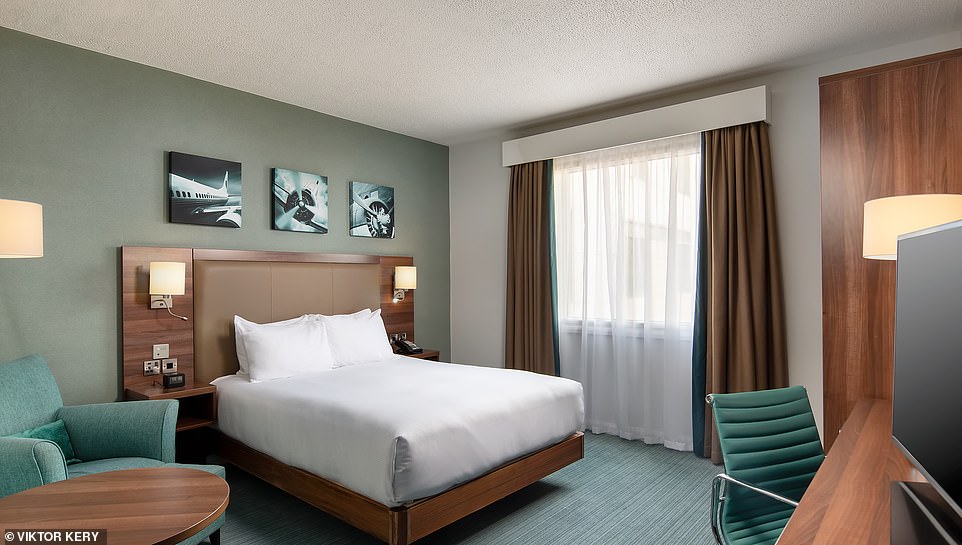 One of the 369 rooms at The Hilton Garden Inn at Heathrow Terminals 2 and 3, which opened before the pandemic struck 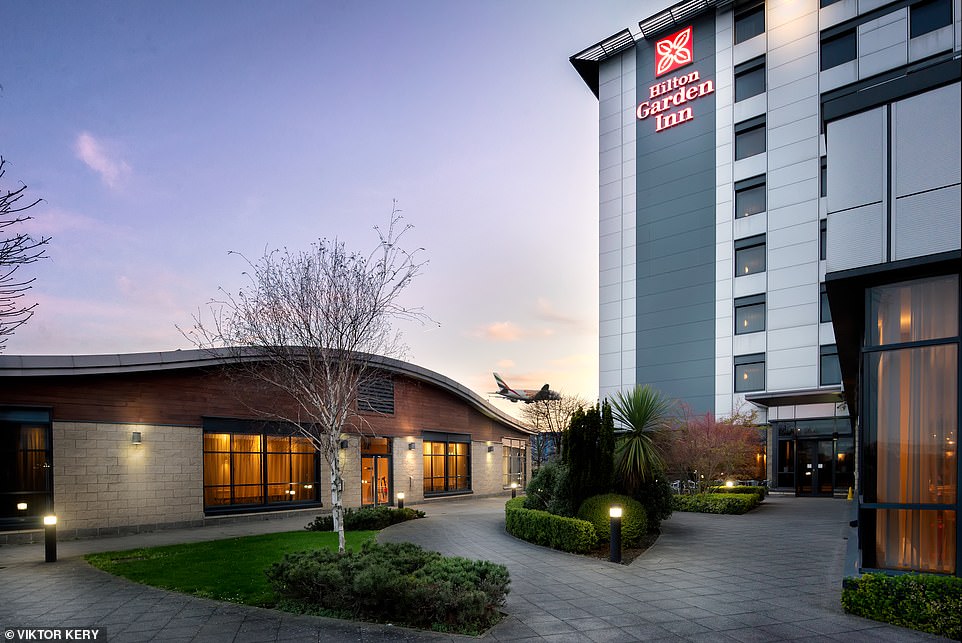 The exterior of the Hilton Garden Inn. The Inspector says that he’s ‘always liked’ airport hotels because ‘guests are going places; there’s a sense of expectation’

The sound-proofing is superb, the lighting uncomplicated.

Its only fault is the shower. When faced with a flight at an unseemly early hour, you need something invigorating, not a 1980s trickle.

At reception I’d been told about the Runway Bar on the 14th floor. I take the lift, which offers a weather forecast and random facts such as, ‘The deepest part of the ocean is seven miles deep.’

The Runway Bar turns out to be a seductively lit, slinky space selling fancy cocktails. I’ve never been to Singapore, but feel I’m there right now. After just the one, I head down to the basement to inspect The Apron restaurant which, conversely, is over-lit, with a distinct canteen atmosphere. 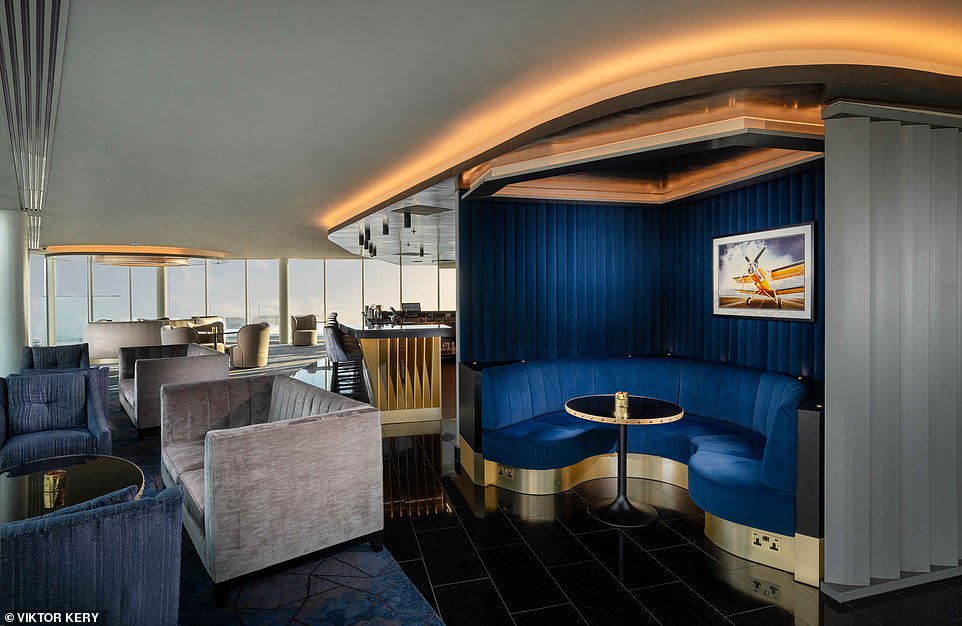 According to the Inspector, the Runway Bar, pictured, is a ‘seductively lit, slinky space selling fancy cocktails’ 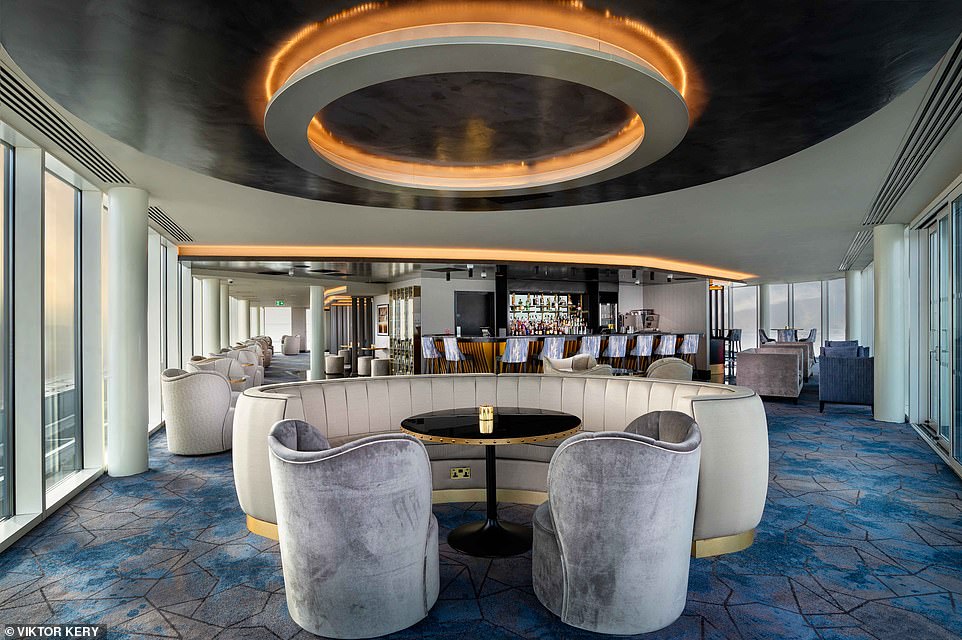 ‘I’ve never been to Singapore, but feel I’m there right now,’ the Inspector says of the 14th-floor Runway Bar (pictured) 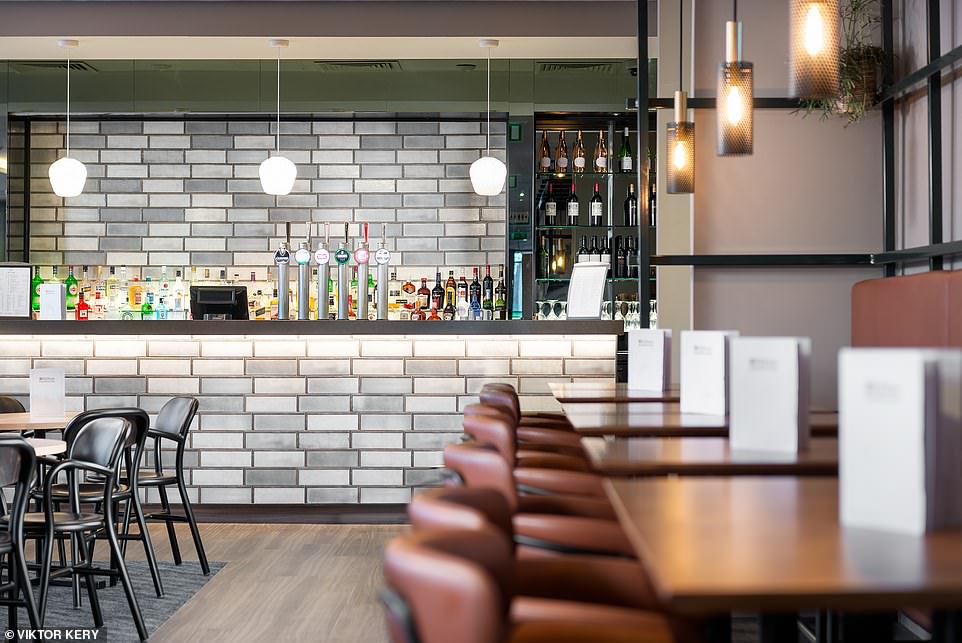 Jack’s Bar in the hotel, where the Inspector orders a ‘delicious’ meal of nachos with salsa, sour cream and guacamole, followed by a burger with bacon, coleslaw and fries

Across the corridor is the main bar, where lots of TVs are showing a football match. I sit in front of one of them and keep things unhealthily simple by ordering nachos with salsa, sour cream and guacamole, followed by a burger with bacon, coleslaw and fries. Delicious.

Next morning, I watch planes taking off every couple of minutes, giant but silent birds reaching effortlessly into the sky. It’s cathartic after months of planes going nowhere.

There’s a breakfast buffet in the restaurant, but I only want coffee. 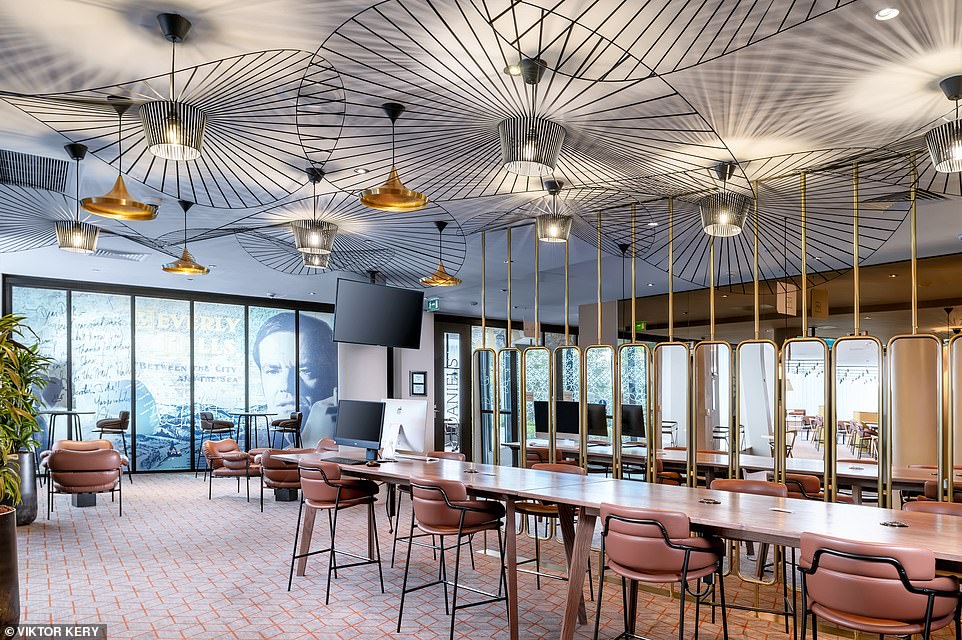 At the check-out desks, those heading for Departures can pick up everything they might need for their flight, including hot drinks and sandwiches, the Inspector reveals. Above is the hotel lobby 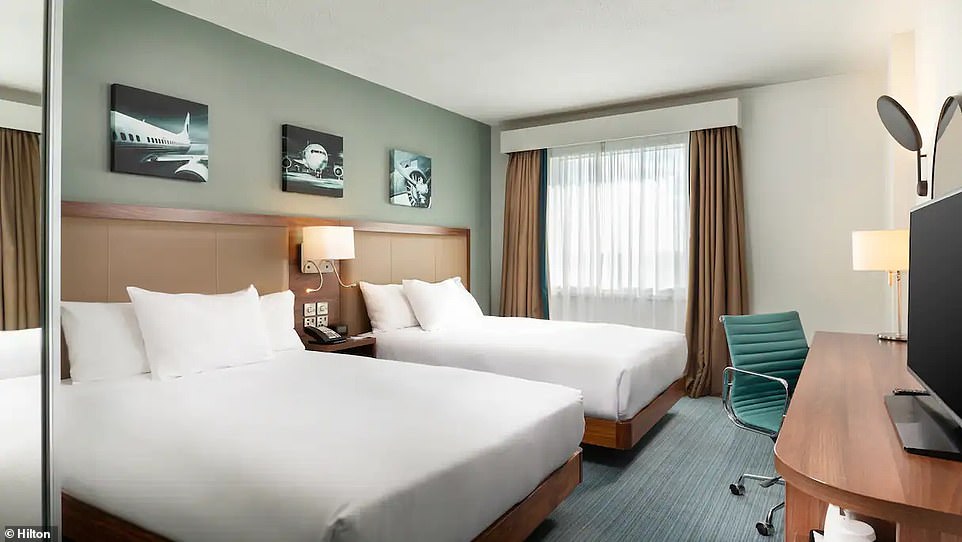 A family room at the ‘newish’ Hilton. The Inspector says that he ‘wouldn’t hesitate to come back if faced with a pre-dawn departure’

‘We won’t bother to charge you for that,’ says a friendly member of staff.

At the check-out desks, those heading for Departures can pick up everything they might need for the journey: hot and cold drinks, sandwiches, panini, crisps, chocolates. There’s even a cash dispenser for retrieving pounds, euros or dollars.

I’m going nowhere and feel something of a fraud as a result, but wouldn’t hesitate to come back if faced with a pre-dawn departure.

Morocco: 12 photo stops in North Africa to cross the Atlas Mountains for

How long before my flight do I need to arrive at the airport?