Home » Travel » The Joy of Rediscovering My Parents’ Home in Florida 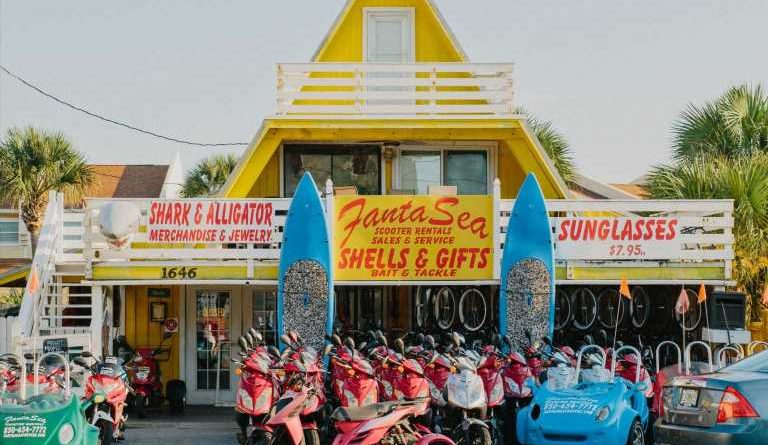 For 13 years I treated Sarasota as little more than the place my mom and dad happened to live. My visits to the Gulf Coast city, with its barrier islands and manatee habitats, its inland stretches of strip malls and diners, had a familiar, unremarkable cadence: pool time, Publix runs for groceries, and short drives to Cha Cha Coconuts for pitchers of cold, cheap Budweiser. I had a rhythm with the place but not a relationship. I could have been anywhere.

Then COVID-19 hit, and my partner, our new son, my sister, her family, my brother, and I ended up under my parents’ roof for six weeks. Unable to travel, I suddenly saw in Sarasota an entire universe of discoveries I had previously been blind to. I googled state parks. I planned day trips. I became intimately familiar with the highway system that links the barrier islands and plotted out key spots for gator viewing and, a safe distance away, paddleboarding. No Putt-Putt course was too ordinary, no mangrove too buggy. Sarasota was now one big, glorious adventure.

Most mornings we’d wake early and hit the road, driving to different islands where we’d ditch the car for bikes. These drives alone were their own special kind of journey: neighborhoods of low-slung houses and trailers that eventually disappeared behind bridges that spanned the glowing blue gulf. After crossing, we’d find that lanky palm trees had replaced the soaring fast-food signs.

We’d veer north, through Bradenton to Anna Maria Island, at the top of a chain of keys in Manatee County. Anna Maria is that reliable type of vacationland where families spend whole weeks riding beach cruisers in flip-flops, staying at the same Crayola-colored holiday rental during the same calendar week every year. We’d pick up Schwinns from Beach Bums rentals and ride along bay-hugging roads up to the island’s top point for lunches of good, greasy Cajun-spiced grouper sandwiches at the Rod and Reel Pier, floating over the water at the end of the rickety boardwalk. If we got hot, we’d stash the bikes and go for a dip in the calming blue of Holmes Beach. On one trip, I pedaled for two on a four-wheeled canopied surrey bike while my eight-year-old niece picked out the perfect hot-pink mansion on the waterfront for all of us to stay at one day. After returning our wheels to Beach Bums, wet hair slicked into ponytails, we’d sit licking softball-size scoops of bubble-gum-and-chocolate ice cream from Dips Ice Cream parlor, our faces warmed by a sun that even in January was still strong at 4 p.m.

Sometimes, we’d go south to Sanibel Island, where gopher tortoise crossings replaced stop signs and our two-wheelers from Billy’s Rentals doubled as platforms for gator spotting at J.N. “Ding” Darling National Wildlife Refuge. If we’d really wanted to push ourselves, we could have cycled all the way up Sanibel to the even more wild Captiva Island, but instead we opted to relax at spots like the Lazy Flamingo, devouring oysters and burgers under a painted sign of the hot-pink bird in a pair of shades.

There were closer-to-home escapes too. At the Marie Selby Botanical Gardens in Sarasota, my partner swung my three-year-old nephew onto his shoulders so he could watch a tortoise amble from the lawns into the lagoon as a dolphin’s fin sliced through the placid bay waters behind us. We hiked along the coastal paths of the Robinson Preserve. On Long Boat Key, my sister, brother-in-law, and I paddled through mangroves to emerge at a slip of white sand, regretting we hadn’t had the foresight to stash some beers in our kayaks.

Regardless of where we spent our days, they almost inevitably ended on the cotton-candy-colored decks of the type of bar you can find only in Florida, drinking frozen margaritas or Coronas next to signs with messages like: Live Music! Could Be Jimmy Buffett But Most Likely Won’t Be! After all this time, the area had become what it should have been for me all along: a place to explore with my family, instead of a place just to visit my family. Maybe one day we’ll go back and rent that house my niece picked out on Anna Maria. Next time we’ll definitely pick up beers before renting the kayaks. And when my own son is a little bigger, I’ll stand for as long as he wants to watch, mesmerized, as a tortoise inches from a flower bed, down a gravel path and into the dark lagoon.

This article appeared in the July/August 2021 issue of Condé Nast Traveler. Subscribe to the magazine here.

The Most Popular Travel Days for the Holidays in 2020 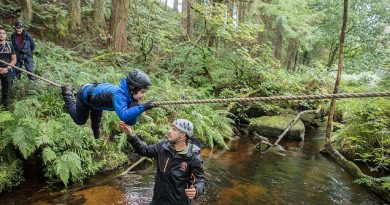 The best family-friendly survival courses in the UK