Home » Travel » The most beautiful rivers in the world

The pretty River Itchen is straight out of the pages of children’s book The Wind in the Willows. People stroll along its bucolic banks keeping an eye out for Ratty as they go – water voles are one of the protected species that live here. You’re also likely to spot dragonflies dancing above the surface and fat trout gliding through the crystal-clear waters. The beautiful chalk “stream” flows from mid-Hampshire to Southampton and has been designated as a Site of Special Scientific Interest. It’s also home to otters and white-clawed crayfish.

Towering peaks, azure lakes, ancient forests, vast glaciers and rushing rivers – the wild beauty of Patagonia’s landscape is extraordinary. And the Serrano River flows past some of its most spectacular scenery until it reaches the Seno Ultima Esperanza. The river is popular with kayakers and fly fishers with some pretty waterfalls along its course. But be sure to take a boat out into the inlet to see the startlingly beautiful Serrano glacier, looking out for sea lions en route.

Starting in the Komovi mountains near the Albanian border, the Tara River wends its way through some of the country’s most dramatic mountainous scenery. In Durmitor National Park, the waterway creates Europe’s deepest and longest canyon. Nicknamed the “the Grand Canyon of Europe”, it’s 4,300 feet (1,300m) deep at its peak and a brilliant spot for white water rafting. The Tara, the longest river in Montenegro, goes onto meet the Piva River near the Bosnia and Herzegovina border to become the Drina River. Discover eight reasons to love Montenegro.

One of the Isle of Skye’s many scenic rivers, the Lealt meanders through the island’s northeast, passing some of its most beautiful scenery. As with many of Skye’s rivers, it’s possible to fish for salmon and sea trout in its clear waters. But the main reason most people visit the river is to see its waters tumble dramatically down into the gorge at the spectacular Lealt waterfall. Discover other amazing spots in the Scottish Highlands and Islands.

Rising at the foot of the Zelengora Mountains, the Neretva River flows 140 miles (225km) through Bosnia and Herzegovina and into Croatia. Its upper reaches are characterized by spectacular canyons and deep gorges. It carries on to meander through the beautiful historic Ottoman town of Mostar in the country’s south. Here the pretty waterway is crossed by the famous Stari Most (old bridge), which gave the town its name. The Neretva finally flows into Croatia and out into the Adriatic, creating an incredible swampland at its delta.

With its red sandstone cliffs, dense mangroves and blazing blue waters, the Hunter River region is renowned for its wild beauty. But the spectacular river system off Western Australia’s remote Kimberley coast has a deadly side too. The wetlands have the highest proportion of saltwater crocodiles of any other river in the area. High-end small cruise ships usually charter the waters, taking passengers to see the striking rock formation at the river’s mouth and its waterfalls, as they spot the stealth-like salties.

Coursing through Andalusia’s undulating mountains, past historic cities and out to the Atlantic Ocean, the Guadalquivir river is the second longest and the only navigable river in Spain. It begins its 408-mile (656km) stretch in the eastern Cazorla mountain range and ends at the port of Cádiz on the west coast. It’s been an important route to numerous civilizations, dating back to the Phoenicians.

The Green River flows west out of the Cascade Range through the state of Washington for 65 miles (104km) down to Elliott Bay in Seattle. It turns into the Duwamish River at Tukwila. Its upper section goes through thick forest, once home to logging towns. Today parts of the river are typically popular spots for tubing in the warmer months and, when the conditions are right, white-water rafting expeditions, which set off from the Flaming Geyser State Park.

The source of this Snowdonian tributary has mystical routes – according to local folklore the Glaslyn Lake is where Bedivere threw King Arthur’s sword Excalibur into the water and where the king’s body was later carried away to Avalon. The scenery is certainly magical where the stream flows from Lake Glaslyn on the western slopes of Mount Snowdon before charging down towards the sea at Porthmadog. One of the most spectacular sections of river can be seen at the Aberglaslyn Pass, pictured. Take a look at more of the world’s magical places here.

The only river that begins and ends in Latvia, the Gauja is a popular place for boating, swimming and hiking in the country’s daylight-filled summers. A large stretch of the pretty river flows through the thickly forested Gauja National Park, which is named after the waterway and is Latvia’s largest national park.

With its source in the awe-inspiring Rocky Mountains, the scenic river flows 365 miles (587km) south through the province of Alberta. Beginning in the glacial Bow Lake in Banff National Park, it flows on through cowboy capital Calgary and the rolling prairies to join the Oldman River. Here, the two rivers form the South Saskatchewan River, which eventually flows into Hudson’s Bay. The river is so called because the Cree First Nations people used to make bows from the Douglas firs that grow along its banks.

The Provo River is formed of the North Fork Provo River and the South Fork Provo River. The two branches are split into upper, middle and lower sections and the river is affectionately called “Utah’s home water”. It’s said to have some of the best trout fishing in the state. Take a look at America’s most stunning natural wonders.

Rising in the Sivagiri hills of the Western Ghats, this vital river is the longest in the lush state of Kerala, flowing for 140 miles (225km). It goes into the Periyar National Park, where it was damned to make the Periyar Lake, then continues its course to the Arabian Sea just north of Kochi. It’s known as the lifeline of Kerala as it provides the region with drinking and agricultural water, supports a fishing industry and is an important source of hydroelectricity. It’s also stunningly beautiful.

Surging through the northeast of Iceland, the Jökulsá á Fjöllum is a glacial river whose roaring waters create some of the country’s most thunderous falls. Formed by Europe’s largest glacier, Vatnajökull, it runs for 128 miles (206km) until it meets the Greenland Sea. The icy-cold waterway flows through one of the biggest canyons in Iceland, the startling Jökulsárgljúfur canyon. It has a series of waterfalls, including the horseshoe-shaped Selfoss waterfall, and surreal rock formations. Check out the world’s most stunning waterfalls.

One of many beautiful natural assets in Québec’s Charlevoix region, La Malbaie winds a southeasterly course through glorious glacial valleys from its source, the Malbaie Lake, high in the Laurentian Massif. Part of the river lies within the Parc des Hautes-Gorges-de-la-Rivière-Malbaie, included in the Charlevoix Biosphere Reserve. Here it’s possible to kayak, stand-up paddleboard and take a riverboat cruise on its waters. Osprey, the great blue heron and beavers are likely sightings. Now check out 50 amazing places in Canada.

A tributary of the Indus, this powerful waterway is a lifeline for India’s remote Zanskar valley in more ways than one. For centuries it has been used as a pathway between Ladakh and Zanskar from January until March when the extreme temperatures make the valley totally inaccessible except along its frozen upper layers. The arduous route, known as the Chadar hike, is 40 miles (64km) long and now attracts adventurers to tackle it. Little caves along the edge of the river canyon are used as shelters.

A 145-mile-long (233km) tributary of the San Joaquin River, the Merced flows from the Sierra Nevada into the San Joaquin Valley. As the main waterway in Yosemite National Park, a trip along its waters promises scenic sights and squeals aplenty as it flows past alpine meadows, pine forests and into the steep-sided Merced River Canyon, where the rapids are a hit with rafters. It’s also usually possible to go gold-panning along some parts of the river, although not in Yosemite.

One of Montana’s most celebrated fly-fishing rivers, the Smith – a tributary of the Missouri – flows north out of the Big Belt, Little Belt and Castle Mountains through some of the state’s most incredible scenery. Towering limestone cliffs overhang the rushing waters in the Smith River State Park. Access is heavily restricted in the scenic 60-mile (96km) stretch from Camp Baker to Eden Bridge, with permits only given out after an annual lottery. The Smith goes on to merge with the Missouri River. Now check out America’s most stunning lakes.

With its rugged mountains, craggy gorges, thick forests and gushing rivers, the southwest corner of Tasmania is a glorious patch of wilderness. The Gordon River stretches from Strahan on the west coast into the Franklin-Gordon Wild Rivers National Park, part of an UNESCO World Heritage area. The river winds through untouched temperate rainforest and past the island state’s oldest convict ruins on Sarah Island. These are Australia’s most eerie abandoned buildings.

The fertile grasslands surrounding the Orkhon River were a sacred homeland of ancient steppe people and the valley later became the site of one of the most important cities in the history of the Silk Road, Karakorum. Genghis Khan founded the city just near the river in 1220 and it went on to become capital of the Mongol Empire under his son Ögedei. Today the picturesque and archaeologically rich Orkhon Valley is inscribed in the UNESCO World Heritage List and is still used as a summer pasture by herdsmen.

One of America’s most stunning rivers, Florida’s Weeki Wachee is famous for its beautiful spring. The name Weeki Wachee means “little spring” or “winding river” in the language of the indigenous Seminole people. Weeki Wachee spring is one of the deepest naturally occurring springs in the USA at 150 feet (45.7m) wide and 250 feet (76.2m) long. The Weeki Wachee Springs state park was opened in 1947 and is best known for its underwater mermaid shows. Discover more places you won’t believe are in the USA.

Surging through scenic central Otago, this fast-flowing artery is the longest river on New Zealand’s South Island and the second longest in the country after the Waikato River. Various walking and cycle tracks follow the Clutha Mata-au’s path and cruises usually traverse its mighty waters, taking passengers past historic gold mining settlements and on to the remote and ravishing Roxburgh Gorge. Discover 50 more reasons to love New Zealand here. 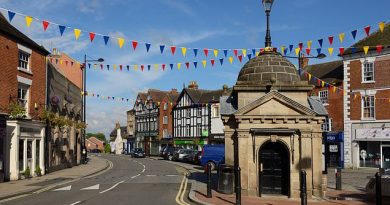