The most famous pebble beach in the South of France has been transformed into a sandy one by Storm Adrian.

British holidaymakers in Nice were among those who witnessed the extraordinary phenomenon on Tuesday morning.

‘High winds and a strong sea swell have covered the pebbles in sand,’ said a spokesman for national weather forecasters Meteo France. 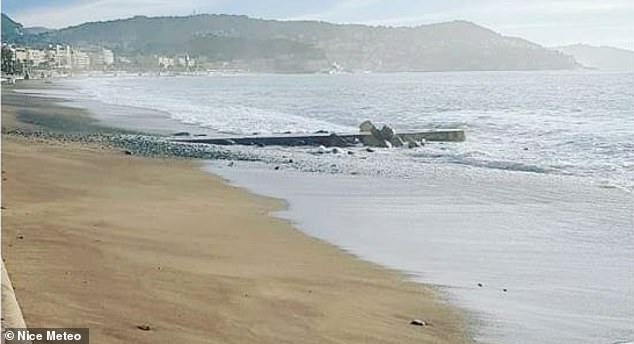 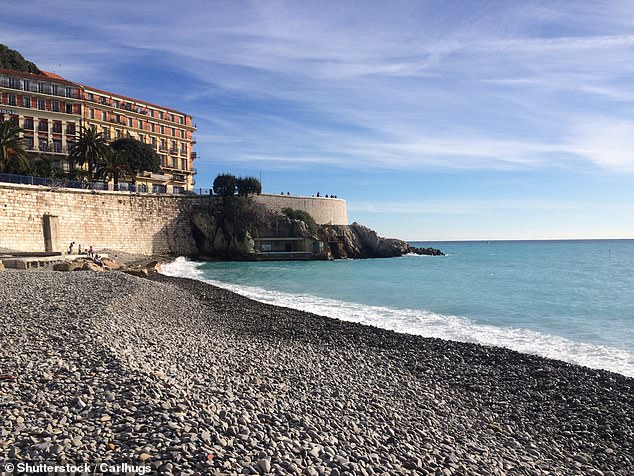 The four miles of pebbles by the Mediterranean have attracted tourists throughout the centuries, including Queen Victoria

‘Nice has been on an orange emergency alert because of Storm Adrian, which is causing extreme weather across the country.’

Laurent Ciubini, who lives in the city, tweeted: ‘At last – a sand beach in Nice!’

The four miles of pebbles by the Mediterranean have attracted tourists throughout the centuries including Queen Victoria who loved holidaying there, but the lack of sand has often been complained about.

Now people will be able to enjoy the sand for a few hours, but experts said it would not be long before the pebbles reappeared.

While Nice woke up to a new sandy beach bathed in bright sunshine, other parts of France experienced snow and ice.

Severe weather warnings were issued in the Haute-Loire department, in south-central France, where 1,000 people were left stranded in cars and 4,000 homes lost all power.

Heavy snow caused trees to fall across roads, causing them to be shut down to all traffic.

Storm Adrian is a deep area of low pressure that is bringing damaging weather to parts of Europe, including the UK.