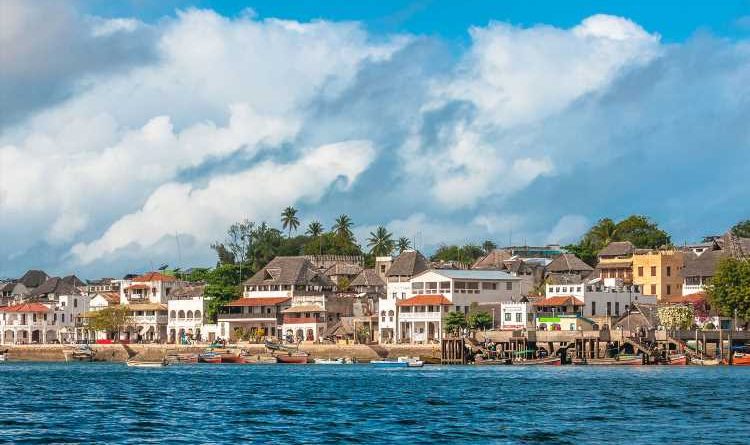 For hundreds of years, Lamu has been an important trading town in East Africa, and today its history and culture make it a popular destination for travelers. (Shutterstock/)

Lamu is the kind of place I had to give into. Everybody does. I could say the reason was jet lag or New York City burnout or pandemic fatigue (or all three rolled into one), but, really, it’s because the Kenyan isle has an irresistibly gentle pace that’s hard not to surrender to. There’s even a local saying for it: “pole pole.” Slow down.

Here, where no cars are allowed and there are almost as many donkeys as humans, you can’t help but appreciate the slow sway of life–something that has attracted many wanderers and travelers in the past. But it’s not just the island’s unhurried pace that draws foreigners. As a trading island in the Indian Ocean, Lamu has long had a rich mixture of cultures and architecture (Arab to Indian, Swahili and Chinese). Evidence of the jumble of cultures is everywhere, from the buildings that line the narrow streets to the hand-pressed chapatis and fragrant fish curries served at the restaurants.

The styles and influences from various cultures are evident throughout Lamu Town. (Shutterstock/)

The history is noticeable, too—Lamu Town, listed as a UNESCO world heritage site, feels like it still belongs in the 13th century, when it was first built. Cows roam down limestone alleyways that crisscross the city, so narrow they can fit little more than a pregnant donkey. Some buildings are dilapidated and spattered with mold, while others (many belonging to wealthy European swallows) are built of stones carved from coral on neighboring Manda Island and have intricately hand-carved doors with overgrown bushels of bougainvillea.

Along the waterfront there’s a constant hubbub of activity, where fishing boats come and go, and goods are packed and offloaded. Proof the island’s trading roots still run strong and that, although Lamu can feel sleepy, it’s also extremely energetic and busy.

Surrendering into Lamu’s languorous ways began as soon as I stepped off the plane. Even navigating through the crowds of people to get to the jetty, where water taxis and boats splutter (waiting to take travelers to Lamu town or Shela on Lamu Island), was effortless thanks to the warm, salty air that wreaked of vacation.

The family-run Peponi Hotel is a perfect example of how this island draws people in, as a short visit 60 years ago led to the owners purchasing the building and remaining ever since. (Peponi Hotel and Restaurant/)

My water taxi—actually a wooden dhow—took me to the Peponi Hotel on Shela, where many holiday stories begin and end–sipping Old Pals (lime, vodka, a dash of bitters and sugared rim) on the terrace or lazing by the emerald pool. Opened in 1960, the water-facing bright white property dotted with bulbous baobabs and palm trees has long been a staple for the local expat crowd. It’s also where celebrities, like Mick Jagger and Jerry Hall in the 70s and more recently Kate Moss, have cast themselves away in search of a low-key getaway (the Obamas also stayed on the island). What it offered back then it still offers today.

You could spend all day sipping cocktails on the terrace or walking the length of Shela Beach, but that would mean missing out on exploring the archipelago by dhow. These wooden boats used as fishing vessels, have become synonymous with the East African waters. I spent a day skirting the island on the Hippo Dhow, where local boatmen Yusuf, Hassan, Mohammed, and Jamil worked seamlessly to navigate the wide wooden boat along the coastline.

We sailed past tangled mangroves, deserted stretches of sand and a town known for its basket weaving. Eventually, we stopped for lunch on an empty beach where the team prepared fresh kingfish grilled over a fire at the back of the dhow, served with homemade chapatis and salad. For dessert we sucked on mangoes, while the boat cruised back to the hotel at an easy pace. By nightfall we’d arrived back at the Peponi, just in time for a meal of ginger crab and prawn curry on the terrace.

Travelers can make their way around in the traditional dhows—just try not to wake anyone. (Shutterstock/)

Shela and Lamu Town attract travelers who want to soak up the island’s buzz, but there are also more ‘beachy’ islands in the archipelago where watersports, snorkeling and fishing are reasons to go. The low-key Mike’s Camp on Kiwayu and Manda Bay Lodge on Manda Island, both a speed-boat-ride away, offer easy-breezy accommodation and open-air rooms with woven palm floors that spill out onto ocean views. You also don’t have to be an avid diver or fisherman to enjoy these lodges though.

At Manda Bay Lodge, rather than fish and dive I chose to stick to my easygoing island vacation vibe and soaked up the sun outside my safari-style bungalow and drank dawas (gin, fresh lime and honey) as the sun bruised the sky. In the evenings, I feasted on platters of freshly grilled fish at a table set in the sand, under stars and palm trees. Then rolled into bed. One afternoon I visited the Takwa Settlement, ancient ruins that hark back to the 18th century–dilapidated, overgrown historical buildings few people really know much about.

Visitors will arrive by speed boat to the private boutique lodge, Manda Bay, where they will truly appreciate Lamu’s natural beauty and wildlife. (Manda Bay/)

On another occasion, I trailed a local guide through a network of alleyways in Lamu Town, picking up baskets, kikois and wooden objects from local craftsmen. But mostly, I just walked along the beach, swam in the warm ocean and read from the swinging daybed outside my room.

There were moments when I realized I was doing absolutely nothing at all, which is not necessarily a bad thing. Because that’s what Lamu begs you to do: get into the slow sway swing of things and just soak it all in. When I had pangs of guilt, like I wasn’t doing enough, there was always a friendly local to remind me to “pole pole.”

It’s hard not to give into Lamu, but why wouldn’t you want to anyway?