A flight attendant has revealed why she steers clear of a certain drink while she’s travelling.

After years in the air, the American Airlines cabin crew member has perfected her travel regime in order to stay fresh on landing.

So what drink should you not order on a flight?

“I advise to avoid tomato juice at all costs”

Andrea urges flyers to be mindful about the sodium content in their drinks.

She told Escape.co.au: “I always avoid high sodium foods in the days prior as joints especially in the legs, feet and ankles tend to swell as a result of this food group.

“When flying, I also avoid this food group and advise to avoid tomato juice at all costs.

“I say this because a Bloody Mary Mix contains 12-times more sodium than a soft drink.”

This isn’t the only beverage you should be wary of.

Water is considered to be one of the worst things you can ask for when flying, an air host recently revealed to Business Insider.

The anonymous cabin crew member said: “Flight attendants will not drink hot water on the plane.

The reason for this? While water tanks on planes are cleaned, the crew are allegedly not informed when or how often.

Other flight attendants confessed the secrets they never tell passengers about flying.

And there’s a surprising reason why there are holes in plane windows. 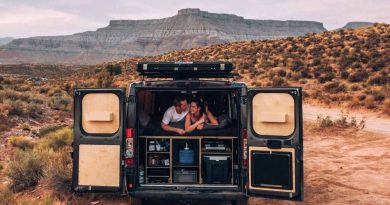 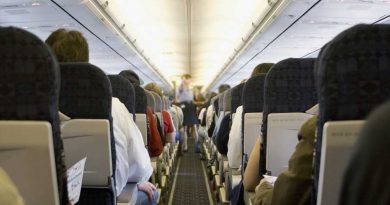