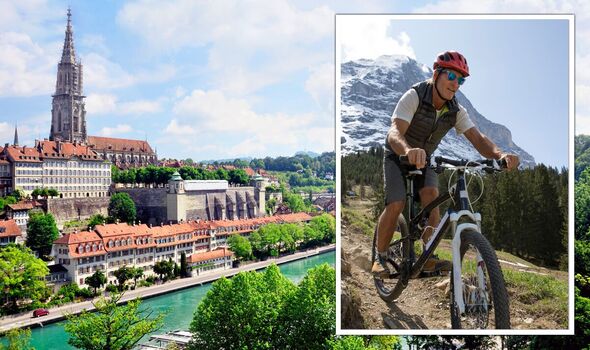 New research from ECA International found the most liveable cities for European expats. The best destination is a “wonderful” European city.

Bern, the capital of Switzerland, topped the list for the second year in a row, one of three Swiss cities to make the list.

The riverside city has a 12th century Old Town and expats will be able to head into the mountains at the weekend.

From mountain biking in summer to winter cross country skiing, the city is perfect for adventurous expats.

‘Jason S’ wrote: “Love the winding and flowing streets and side streets you can get lost in, just pottering around the different types of shops.”

Copenhagen took second place on the list while the Netherlands had the most cities in the top 10 rankings.

The Hague, Eindhoven, Amsterdam and Rotterdam were all included with The Hague in third place.

English is widely spoken in the Netherlands so it could be a good option for Britons looking to find work overseas.

Edinburgh was the highest scoring UK city in 17th place while Aberdeen came just outside the top 20 in 21st place.

London landed just inside the top 40, its highest position for four years, after its safety rankings improved.

Canada also performed well in the rankings with Toronto, Vancouver and Montreal all outperforming London.

“For instance, Toronto’s ban on inside-dining was among the longest worldwide, which contributed to the city falling out of the top 20 most liveable locations in the world.

“However, the removal of these restrictions in Toronto and elsewhere has unsurprisingly made the country more liveable for Europeans. Praised for its multiculturalism, exceptional infrastructure and healthcare system, Canada is a renowned favourite for European expats.”

Dublin landed just outside the top 10 in 11th place, falling from last year when it made the top 10 rankings.