Tens of millions of passengers travel through the world’s busiest airports each year. But which is the most bustling of them all? For the 21st year in a row, Hartsfield-Jackson Atlanta International Airport claimed that title.

Chances are you are going to find yourself traveling through one of the world’s most popular airports at some point. Whether you only have a few minutes to spare or end up with hours to wander the terminals, here is our guide for what to see, do, eat, and drink in the world’s 10 busiest airports.

With 107.4 million passengers passing through its terminals last year, Atlanta remains a major connecting hub for air travel to and within the United States—especially for those traveling with Delta and its partner airlines. But it has a lot more going for it than just sheer numbers of passengers.

Not only is it the world’s busiest, but it’s also AFAR readers’ favorite major U.S. airport. To its credit, the hub has been seriously stepping up its culinary game of late. Its more than 100 food and beverage establishments include acclaimed upscale American restaurant One Flew South, located in Concourse E, as well as a Shake Shack in Concourse A, and the recently opened Bobby’s Burger Palace (celebrity chef Bobby Flay’s first airport eatery) in Concourse B. It also has an ambitious art program that includes 10 permanent exhibits and several rotating ones.

The expansion also included the installation of a rapid train connecting the airport to Beijing’s city center. Unfortunately, despite being a fairly new terminal, the culinary options in Terminal 3 are not necessarily something to write home about. The food area, called Global Kitchen, features 72 storefronts with choices that include fast-food joints (such as KFC and Burger King), Chinese fare (Crystal Jade Kitchen is a reliable choice), baked goods, and coffee shops (there are Costa Coffees aplenty).

A Hilton near Terminal 3 offers additional dining options, as well as a place to rest and refresh. Beijing Capital airport also boasts children’s play areas, art installations, free showers (at Terminal 3’s E gate), and lounges (including those that you can access with a single-use pass or with a lounge membership).

If you travel internationally, chances are you have already experienced a layover in Dubai International Airport at some point—it is a very popular connection on flights between the East and West. Luckily, the world’s third busiest airport has absolutely no shortage of dining, shopping, and rest and relaxation options. When it comes to eating, you may be hard pressed to decide.

From the popular stateside chain Shake Shack to the elevated pub grub at Australian outpost Jones the Grocer, to the always reliable Pret and ample international fare, you may even welcome a longer layover here. You can also scope out the endless duty-free shops or hit the health club for access to a gym and a swimming pool. In fact, Dubai airport recently ranked third forthe best airports for wellness thanks to features such as well-appointed lounges, an upscale airport hotel, and spa facilities.

LAX, as it’s commonly called, is in the midst of a major transformation. The West Coast airport recently broke ground on several major construction projects that promise to alleviate a lot of the traffic issues the airport faces. They include an electric train system that will provide public transportation access to and from the airport. Unfortunately, the new rail system won’t be completed until 2023. But thankfully, LAX has been transforming in other ways in the meantime.

What was once a dearth of options throughout the airport has evolved into a respectable roster of dining experiences. Standouts include fast-casual seafood joint Slapfish (in Terminal 2), and the beloved Shake Shack (in Terminal 3). You can get elevated burgers at Umami Burger in the Tom Bradley International Terminal. Or head to Terminal 5 for some Southern California–inspired comfort food and refreshing drinks at Lemonade. Osteria by celebrity chef Fabio Vivani serves a meatless Impossible Burger (in Terminal 6).

Once you’ve fueled up, be sure to check out some of theart installations throughout the airport, or head to one of the Xpress Spa or Be Relax spa outposts for a soothing massage or mani-pedi.

What’s great about Tokyo’s Haneda Airport (which recently surpassed Narita International Airport as the city’s busiest) is that you can actually play Japan tourist during a layover here. In the international terminal, walk across a playful replica of the early 20th-century Nihonbashi River bridge—the airport version crosses from the fourth floor to the fifth (the real version is in Tokyo proper).

While on the international terminal’s fourth floor, head to the Edo-koji marketplace, fashioned after a more traditional Japanese market, complete with about 20 Japanese and Edo-inspired dining venues, serving classic dishes and drinks such as yakitori, udon noodles, and green tea. There are more than a dozen shops selling Japanese goods. For a taste of newer Japan, head to the Tokyo Pop Town area, also in the international terminal, where the character shops include a well-stocked Hello Kitty Japan store. Once you’re done playing fake tourist, make sure you visit one of the airport’s hidden gems—thePlanetarium Starry Cafe, a 50-seat café located in Tokyo Pop Town that features an actual planetarium.

Although you may not do a dance when you find out you have a long layover at O’Hare, this busy midwestern hub has been quietly upping its game. For one, the food options are a lot better than they used to be. That’s mostly thanks to the celebrity chef Rick Bayless–backed Tortas Frontera. There are three locations at O’Hare (in Terminals 1, 3, and 5) where you can get the perfectly toasted tortas. For lighter fare, hit up Wicker Park Seafood and Sushi Bar (in Terminals 1 and 2).

If you’re looking to work up a sweat between flights, the Hilton Athletic Club inside the Hilton Chicago O’Hare Airport Hotel sells day passes, which include access to a steam room, sauna, lap pool, and locker rooms. You can also head to the yoga room and urban garden in Terminal 3 for some ohmmm or try one of the three Terminal Getaway Spa locations (in Terminals 1 and 3) or the Xpress Spa (in Terminal 5) for some ahhhhh.

If you have some time to kill at Heathrow, you won’t go hungry, that’s for sure. Each of the airport’s four terminals has an enticing array of food and drink offerings. Passengers in a rush can order a “take onboard” meal at the recently refurbished Gordon Ramsay Plane Food. Those with a bit more time can head to the Perfectionists’ Café from British celebrity chef Heston Blumenthal (in Terminal 2) for British staples like fish and chips. In Terminal 3, the Curator has an extensive drink menu that includes barrel-aged house cocktails alongside burgers, pizza, and steak and ale pie.

In Terminal 4, head to Comptoir Libanais for authentic Lebanese and Middle Eastern dishes or make your way to Carluccio’s for an Italian spread (in Terminals 4 and 5). At Terminal 5’s the Fortnum & Mason Bar, you can order champagne or a cocktail to go with a half lobster or a plate of oysters. Beyond food, Heathrow is very family-friendly with several play areas and meal deals for kids. There are plenty of shops to bop around in, and lounges that you can access for a charge if you don’t have frequent flier status.

It’s always nice when airports offer something a bit different to do during a layover. Enter Hong Kong airport’s UA IMAX theater (in Terminal 2), boasting the largest screen in Hong Kong. You can also head to the Aviation Discovery Center, which is free and explores Hong Kong’s aviation history through interactive exhibits. While there, experience what it’s like to pilot a plane in the center’s paid flight simulator. Or practice your putts and drives on a faux 9- or 18-hole course at the airport’s indoor golf simulator, GreenLive Air.

As for where to refuel, this Hong Kong hub is a feast for the senses. If you want to seek out flavors from the region, head to reliable and well-known establishments such as Hung’s Delicacies, Tsui Wah, Yung Kee Restaurant, and Ho Hung Kee. You can get your Korean fix at Sorabel Korean Cuisine, Southeast Asian flavors at Thai Chiu or Viet’s Choice, and Japanese ramen at Tonkatsu 8 or Baikohken Ramen. If you’re needing a burger, Beef & Liberty will provide. And head to Dean & Deluca of New York fame to stock up on drinks and snacks for the flights.

When it comes to food, the Hong Kong airport is a tough act to follow for any airport, but especially for Shanghai’s international hub, which is not a standout international airport. It has a loose collection of fast-casual and fast-food restaurants, none particularly noteworthy.

This might be one of those wander aimlessly until you find something that suits your fancy kind of situations. If you’re lucky, you might find some decent ramen (at Ajisen Ramen in Terminal 2) or dumplings (at Tian Xia Dumplings, also in Terminal 2). It’s one of the world’s busiest, but we’ll be honest, it’s not our first choice for a longer layover or to experience a flight delay.

Don’t expect to get a Parisian-level meal at Charles de Gaulle, but you can expect a very respectable assortment of options to tease a French food lover’s palate. If you want something more sophisticated, stop at Teppan (pre-security) from Michelin-cred chef Thierry Marx. Another sit-down option is the unfortunately named I Love Paris (in Terminal 2E) from chef Guy Martin (another Michelin earner). Your best bet might actually be macaron mecca Ladurée. There are several kiosks throughout the airport to stock up on the perfectly chewy sweet treats, but there is also a Ladurée restaurant in Terminal 2F, which serves a full food menu.

For grab-and-go options, you can’t go wrong with the baguette sandwiches at French staple Brioche Dorée. If you’re facing a longer layover, you can purchase day passes at numerous airport lounges for around $50 to $60. There is a Be Relax spa in Terminal 2E and plenty of shopping, including for French fashion accessories, perfumes, and, of course, chocolates and macarons.

Curious what the world’s other busiest airports are? Here is the remaining list of the top 20: 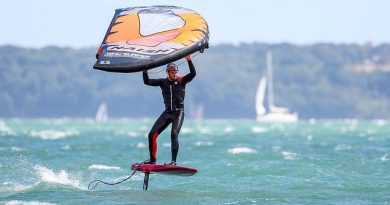 Adventurous days out that will see your staycation take off