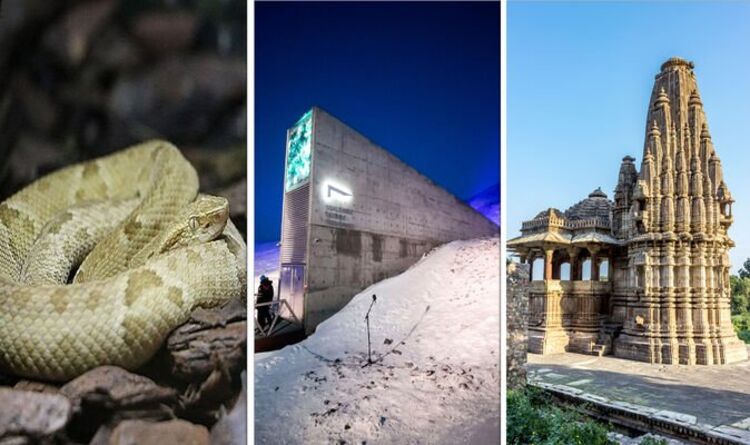 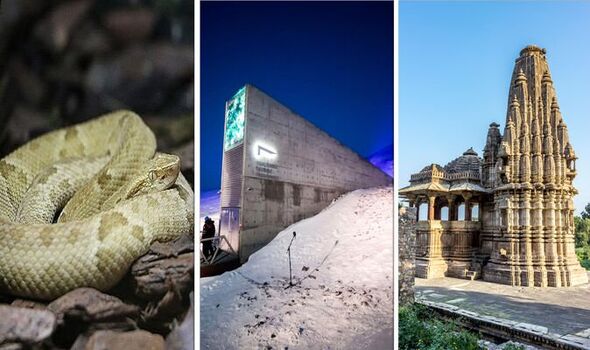 From venomous snakes to abandoned islands, there are several mysterious places British tourists can’t visit. Where are they?

Queimada Grande, or Snake Island, in Brazil is off limits to all visitors apart from a few scientific researchers.

The Golden Lancehead viper is one of the most venomous snakes in the world and can even dissolve flesh around its bites.

It’s not hard to see why the Brazilian Government has banned tourists from accessing the dangerous island.

North Sentinel island in the Indian Ocean isn’t uninhabited but is off limits to all tourists and visitors.

The isolated island is home to one of the world’s last uncontacted tribes. Known as the Sentinelese, the island’s inhabitants have barely had any contact with the outside world.

In 2018, an American missionary named John Allen Chau was killed by the Sentinelese after ignoring warnings against travelling to the island.

Due to their isolation, the people would likely be very vulnerable to diseases so are left alone for their own protection.

Another mysterious island, tourists and residents are strictly forbidden from travelling to North Brother.

Located in the centre of New York’s East River, North Brother island was abandoned over 50 years ago.

The island has a tragic past as it was used to isolate people with contagious diseases until the 1940s.

It was abandoned in 1963 and access is strictly limited as the buildings are in a dangerous state.

The incredible Bhangarh Fort in Rajasthan in India was built in 1573 and was once part of a kingdom.

However, in 1783 the population fled due to a devastating famine hitting the area. Legend states that the kingdom was destroyed because the fort was cursed.

The Fort is now recognised as haunted and visitors need a Government permit to travel there.

It is thought that tigers could roam the area at night.

Where should you go on your next holiday?

Now that the world has opened up again it’s time to pack those suitcases and head off on a well-deserved adventure. Where should you be jetting off to? Take our quiz and find out.

With endless culture, gorgeous beaches and weather to die for, Greece is a great choice both for romantic getaways and family trips. Wander the historical streets of Athens and Thessaloniki or head to an island to soak up the sun – the choice is yours.

It may be far away but it’s definitely worth the trip. Japan has sprawling metropolises, stunning scenery, and a rich history and culture to boot. Check out the cities of Kyoto and Tokyo and make sure to get your fill of their world-famous cuisine while you’re in town

Hop across the pond and experience an array of cultures, climates, cuisines and more. You can leave the phrasebook at home and get truly immersed in everything that this sprawling nation has to offer, from the Grand Canyon to the Statue of Liberty

With some of the best food around and boasting the world’s most romantic city, France is a great choice if you’re in a hurry. Be in its glorious capital in just hours, grab a pain au chocolat and practice your language skills while wandering along the banks of the Seine

La dolce vita is calling! With its stunning views, fascinating history and world-famous Neapolitan pizza, Italy is a great choice, whether you’re after an adventure or want to dive into a big bowl of spaghetti

A little off the beaten track, Morocco boasts stunning architecture, winding street markets to get lost in, and beautiful landscapes. Soak up the sun in Marrakech or head to Chefchaouen for one of the most unique experiences a holiday-maker can have

Sun, sea and sand – what’s not to love? Head to the Caribbean if you really want to unwind. With plenty of picturesque locations to choose from, from the streets of Havana to the beaches of Grenada, you’re sure to find something that fits your holiday dreams.

When most people think ‘holiday’, sunshine and relaxation comes to mind – but a different kind of trip can be just as rewarding. Splash around in the Blue Lagoon and try your luck at catching a glimpse of the Northern Lights. This is definitely one for the bucket list.

India is well worth a visit if you have some time to spare. With an array of different cultures coexisting in this vast and vibrant nation, as well as gorgeous food to be enjoyed at every turn, you’ll find yourself immersed in the experience. Take a trip to the Taj Mahal for that jaw drop moment

If snow sports are your thing, then this mountainous region is perfect for you. Venture down the powdered slopes and warm your hands at the après-ski afterward. Perfect for a group of friends, a romantic trip, or even some time with the kids – if they can stand the cold!

How long do you have for your trip?

Who’s going on the trip?

How are your languages skills?

The mysterious Doomsday Vault could hold the key to saving mankind but is strictly off limits to visitors.

The secure vault holds an incredible array of plant seeds from all over the world in the depths of the Arctic Svalbard archipelago.

In the event of an apocalypse or global crisis, researchers hope the seeds will be safeguarded.

Lucky guests are allowed to visit on specific days but the vault is off limits to the general public.

Take a dip in the world’s highest hotel pools 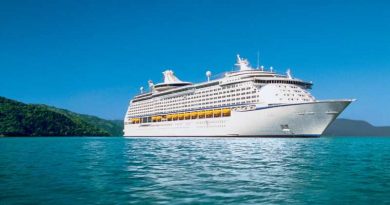 Will I need a COVID-19 vaccine to cruise? A line-by-line guide