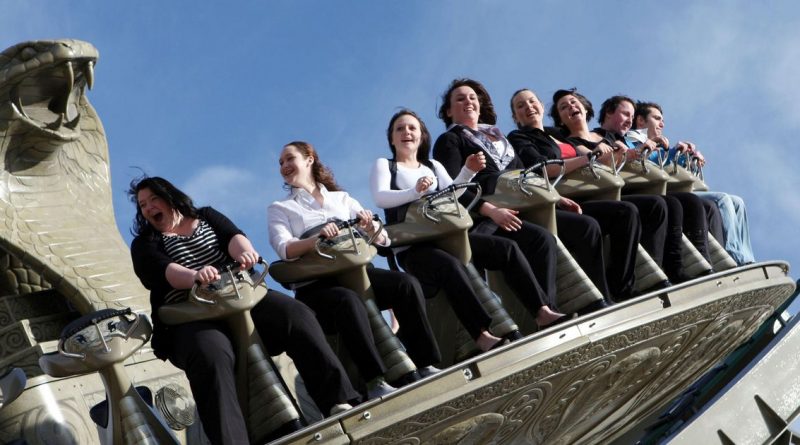 Theme parks are asking people not to take their iPhones on certain rides after a new update has led to some unnecessary emergency calls.

That's because the iPhone14 Pro offers a new safety feature being set off on fast or jerky attractions.

Owners of the new phone may have noticed that it has an emergency contact feature which it utilises when it thinks the user has been in a car crash.

When the phone registers a movement it thinks indicates an accident it automatically calls 999 alerting the police.

As some theme park rides go as fast as a car before sudden jolts or stops, phones are reportedly registering the fun as an accident.

Chessington World of Adventures, in southwest Greater London, has gone so far as to ban iPhone 14 Pros from some of its rides because of the problems caused by the issue.

These rides include the Vampire, Rattlesnake, Croc Drop, The Adventure Tree Carousel and Seastorm.

Some of the attractions that have banned the phones involve large drops and high speeds.

Others involve spins and swooping movement which, even at slower speeds, may set off the feature and cause the police to attend the scene needlessly.

Kristina Wilson, Head of Rides and Attractions at Chessington told Daily Star: “Following the recent reports that theme park rides may trigger the new iPhone 14 to dial emergency services, we have decided to implement an iPhone 14 ban on select rides and attractions.

“While the exhilarating high speed and free-falling rides such as Vampire, Rattlesnake and Croc Drop are subject to the ban, we have also made the decision to apply it to family favourites; The Adventure Tree Carousel and Seastorm, in case the slow moving roundabout or the impending doom of a shipwreck also sets off an alert!”

A spokesperson for Merlin Entertainments, the group that owns theme parks like Thorpe Park, Alton Towers, Legoland and Chessington said: "We are yet to see any instances of the iPhone 14/Apple Watch sending emergency calls at any of our theme parks so far.

"The new version of the iPhone and watch was released in the US first and we have been closely monitoring activities there. We continue to monitor at our other parks in the UK and Europe, where the phone and watches have only just been released.

"On our faster rides, we have always had clear rules and recommendations around belongings (such as mobiles, loose clothing and bags etc), and our communications around these remain the same, driven by our continued priority of keeping both our guests and our staff safe."

In the US, the communications centre received 12 emergency calls from iPhones while their users were riding a rollercoaster at Kings Island. The dozen calls all came in between September 18 and October 9.

One call was made by the phone of Sara White while she was on the 50mph Mystic Timbers ride.

Cheers and music could be heard in the background of the 911 call, reports the Guardian.

Whose responsibility is it when plane passengers get abusive?

The State of Gender Equality in the Travel Industry