Home » Travel » THEN AND NOW: 32 photos that show how airports have changed over the years

Flying used to be a glamorous undertaking back in the day. But airports had their glory years, too.

New technology has helped airports run more efficiently, from digital air traffic control software to the ability to check in on a phone or kiosk. But other changes, like increased security screenings, have slowed things down.

Here are 30 photos that show how airports have evolved.

The ground floor of airports is where travel usually begins.

Passengers line up at the check-in counters at Gatwick Airport in 1966.

Some abandoned airports are turned into swanky hotels.

Airports have always drawn a crowd.

Customers awaiting their flights in the check in area at Heathrow Airport in London in 1978.

Security and passport control at Antalya International Airport in Turkey.

Gate agents used to use old-school computers to check travelers in.

But today travelers can check themselves in on kiosks.

There were no app shortcuts for air travel in the ’90s — just paper boarding passes issued by humans.

A passenger receives his boarding passes for a flight to Vail, Colorado, at Los Angeles International Airport in 1997.

Gate agents still print paper boarding passes, but many people use e-tickets on their phones.

An airport worker holds an iPhone over a scanner at Miami International Airport in 2015.

It’s one of many hacks to get through the airport faster.

Passengers used to be able to bring family and friends to the gate to see them off.

Passengers wait in line at the security checkpoint at Hartsfield Atlanta International Airport on in 1996.

After September 11th, only ticketed passengers were allowed through security to the gates.

Airline lounges used to be the life of the party.

Lounges today are sleek and professional.

An airport lounge in San Francisco International Airport in 2015.

As long as there has been commercial air travel, there have been people in need of a drink.

This bar was located at Heston Aerodrome, an airfield just west of London that was in operation from 1929 to 1947.

Today, however, iPads have replaced bartenders in most airports.

Flight attendants used to be referred to as “air hostesses.”

Two “air hostesses” walking on an airport runway circa 1950.

Now, there are flight attendants of all genders.

Flight attendants pose in 2012 in Berlin, Germany, at the christening of the Airbus A380.

The Beatles at London Airport on their way to New York in 1964.

Arriving at the airport used to be a fashion statement.

Sunglasses and mod gear at Heathrow airport in London in 1972.

Passengers at O’Hare International Airport wait in line to be screened at a TSA checkpoint in 2016.

Airport announcements used to be made on chalkboards.

Travelers waiting and resting before boarding the Skytrain at Gatwick Airport in 1977.

An arrival sign at Ben Gurion Airport in Israel in 2011.

Radar systems were a cutting-edge form of technology for air traffic controllers.

Metal detectors were introduced at airports in the 1970s.

An airline passenger goes through a full-body scan at O’Hare Airport in Chicago in 2010.

Flight delays have always been a thing.

Travelers sleep as they await the departure of their flights at New York’s John F. Kennedy Airport in 1981.

Not much has changed there.

A passenger sleeps while waiting for a flight at the Sochi Airport following the 2014 Winter Olympics.

But back in the day, when a flight was cancelled, the only choice was to wait in line to talk to a gate agent and hope for the best.

American Airlines gate agent supervisors help passengers who were scheduled to depart on a cancelled flight to Las Vegas from Chicago in 1993 in Chicago, at O’Hare International Airport.

Now, people can use their cell phones to make new arrangements.

A woman talks on her cell phone with an agent as she stands in line after her flight was delayed at Washington’s Ronald Reagan Washington National Airport in 2016.

Perusing an airport gift shop was a great way to pass the time while waiting for a flight.

Swedish screen actress Ingrid Bergman and her husband, Lars Schmidt, discuss the merits of a brooch in the gift shop at Kastrup Airport in Copenhagen, Denmark in 1959.

Architect Radu Gidei previously told INSIDER that airports are designed to make a profit with lots of shopping between gates, not for efficiency. 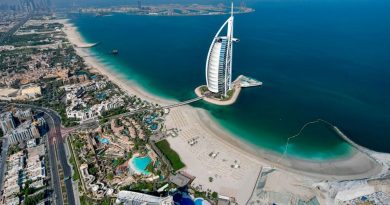