Home » Travel » These are the coldest places in the world 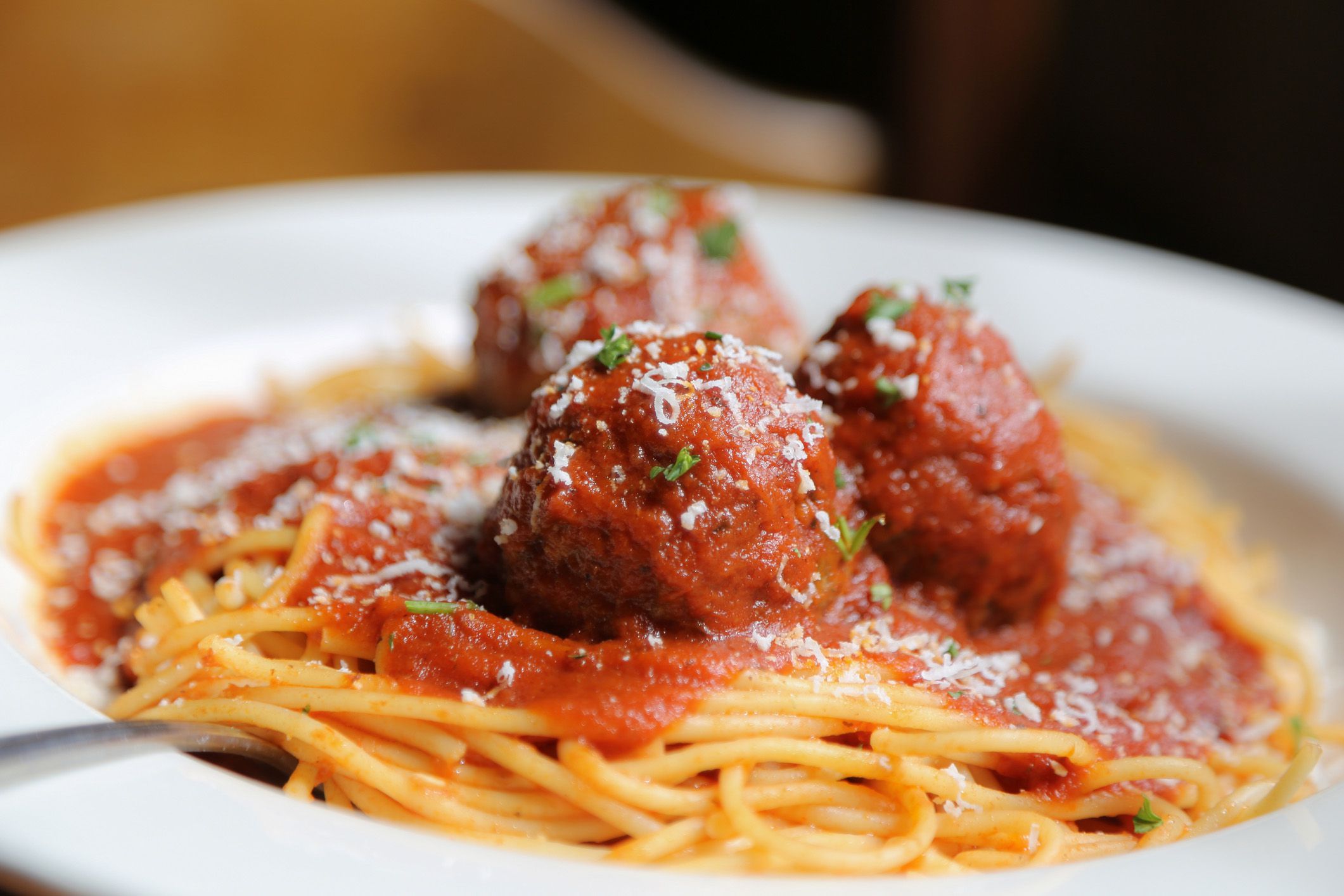 Next time you feel a little chilly or complain because your hands are cold, think about frigid Siberian winters. Or how it might feel to be in Vostok, Antarctica, where the lowest temperature on Earth was recorded in 1983 (a bone-chilling -128.6°F/-89.2°C). Yet, cloaked in snow and dripping with gleaming icicles, these wintry scenes can be as beautiful as they are brutal. Are you wrapped up warm? Then we’ll begin.

This Rocky Mountains town lost out to International Falls in the Icebox wars, but it can still be, ahem, proud of its bone-chilling temperatures. Fraser’s coldest month is January, with average lows of -5.4°F (-20.8°C). And it makes the most of those temperatures, especially at popular ski resort Winter Park which is buried under around 33 feet (10m) of snow each year.

In fact, the cold is a huge draw for the town. The surrounding areas are criss-crossed with trails where you can go snowshoeing or cross-country skiing. People also take sleigh and dog-sled rides, plowing across the neck-deep snow. Discover which American cities get the most snow in spring here.

Oymyakon, in Russia’s Sakha Republic, is officially the coldest permanently inhabited place in the world, with a January average of -51.52°F (-46.4°C). The village also ‘boasts’ the record for the lowest recorded temperature outside the Northern Hemisphere (and outside Antarctica), at -90°F (-67.7°C).

The coldest temperature ever recorded was on the East Antarctic Plateau, a frozen ice ridge between Dome Fuji and Dome Angus, and it was a teeth-chattering (or perhaps jaw-freezing) -128.6°F (-89.2°C). It was measured at Vostok Station, a Russian research and weather station, and it’s now believed the region could actually be even colder than originally thought.

Close to the border with Canada, International Falls revels in its reputation for being a little on the cold side. The city’s record low was in January 2011 when temperatures plummeted to -46°F (-43.3°C). It’s so proud of being chilly, it fought Fraser, Colorado for the official title of ‘Icebox of the Nation’, winning that particular cold war in 2008.

It celebrates each January with the Icebox Days festival. Events at the freezing festival include games like frozen turkey bowling, moonlight skiing and the Freeze Yer Gizzard Blizzard Run, where participants brave some serious cold. The city is actually the second coldest place in the continental US (after Stanley, Idaho) but does have the questionable honor of the lowest average annual temperature, between -32 and -36°F (0 and 2°C).

In another hotly contested category, Prospect Creek – north of Fairbanks – has the lowest recorded temperature in the US overall. Temperatures in the tiny settlement plummeted to -80°F (-62.2°C) in January 1971. The area was originally a mining hub and the base for the huge crew of people building the Alaskan Pipeline.

Ulaanbaatar is believed to be the world’s coldest capital city, with winter temperatures hitting icy depths of -4°F (-40°C). Even the annual average is what many of us would consider pretty cold, at 29.6°F (-1.3°C). Yet, somehow, more than 1.3 million people manage to live there and face the daily freeze.

Visitors may want to minimize time spent outdoors and instead thaw out in museums and temples around the city. Just make sure you don’t have brain freeze if you visit the International Intellectual Museum which is all about puzzles, riddles and games.

Canada’s coldest city is also the sunniest, and that’s something locals in Yellowknife are pretty proud of. The capital city of Canada’s Northwest Territories, on the shore of Great Slave Lake, is located around 320 miles (515km) from the Arctic Circle and you can feel its chill. The coldest recorded temperature was -63.9°F (-53.3°C), while the winter average is -28.9°F (-33.8°C).

All the ice and snow, which dusts buildings and settles by the lakeshores, is wonderfully pretty, creating scenes worth getting a little chilly for. If you manage to catch the Northern Lights, which swirl green and purple during the long, clear nights from November to April, then it’s even more spectacular. Take a look at other stunning photos of the aurora borealis here.

The record low temperature was -45.4°F (-43°C), measured in 2006, making it the second coldest capital city. The Ishim River, which winds through the city, tends to stay frozen from mid-November to April. Thankfully, it does warm up in summer with average June highs of 78.8°F (26°C).

The tiny Yukon village of Snag – close to Kluane National Park and Reserve in a valley of the White River – holds the record for the coldest recorded temperature in North America, at a spine-chilling -81°F (-62.8°C). It was set in 1947 when the team there to measure the temperature outnumbered the population (of around 10 people) two-to-one.

This eastern Siberian chiller, capital of the Russian republic of Yakutia, is one of the world’s coldest cities. With average January temperatures of -43.5°F (-41.9°C); temperatures below freezing for between six to eight months annually; and just 50 to 90 frost-free days per year, who are we to argue? Our teeth are chattering just thinking about it. Find more mind-blowing weather facts here.

The city has attracted attention – and visitors – with its chilly charms. It sprawls out from the western bank of the Lena River, which freezes so solid in winter it’s considered a seasonal road. Icy attractions include the Melnikov Permafrost Institute, whose frigid underground tunnel is lined with fossils. If you can brave the frost outside, this is one of the best places to view the Northern Lights.

Few places embrace the chill as enthusiastically as Harbin, the capital of China’s Heilongjiang province. It’s known as Ice City due to its long and very cold winters, with temperatures recorded as low as -44.68°F (-42.6°C) and average January lows of -7.6°F (-22°C). But, instead of battening down the hatches and huddling under their duvets, people come out in droves for the Harbin Ice Festival.

The icy extravaganza usually draws millions of annual visitors and stretches over two months from Christmas Day (still going ahead this year at the time of writing). Visiting during the festival is like taking a wrong turn through the wardrobe in The Chronicles of Narnia. In other words, it’s a fairy-tale land of enormous ice palaces and snow sculptures, illuminated at night like the aurora borealis. Now discover the world’s strangest weather phenomena and where to see them.

This small Idaho town boasts the title of coldest place in the continental US (i.e. excluding Alaska, because who would ever have thought it would be Hawaii?). Its lowest recorded temperature is -54°F (-47.8°C). It also had the most days with the coldest temperatures between 1995 and 2005.

If you’re going to be cold, it may as well be somewhere spectacular. Stanley is ringed by dramatic mountain ranges with towering, invariably snow-capped peaks. It’s also surrounded by national forests including Sawtooth, with seemingly endless trails and wilderness roamed by gray wolves.

MMGY Global to Unveil Series of Studies on Black Travelers

Airbus will cease production of the A380 double decker superjumbo