Vintage photos can tell us a lot about how things have changed over time. From air travel to amusement parks and even schools, everyday activities and environments have evolved drastically throughout history.

Some things, however, never change.

Looking at vintage photos of US National Parks shows us how well these areas have been preserved, and how they continue to provide beauty and respite to visitors year after year.

Keep scrolling to see old photos of national parks and read about their history.

National parks have largely remained the same over the years.

Yellowstone was the first national park, and established in 1872 by President Ulysses S. Grant.

Though the way we explore them has evolved.

Back when they were first established, national parks were a place of discovery.

Many areas within national parks were still widely unknown.

Groups would go on lengthy expeditions through the parks to explore the wilderness.

Then they’d map the area.

Early maps of national parks often left out key features of the park, or portrayed them inaccurately. They have come a long way since.

Today, the Blackfeet Indian reservation (pictured) covers 1.5-million acres, and is home to around 8,600 members of the Blackfeet Nation, making it the largest tribe in Montana.

Many Native American groups cooperated with national parks over the years.

The Huna Tlingit traditionally occupied much of Southeast Alaska, and today work with Glacier Bay National Park to resume certain traditions, such as harvesting gull eggs.

The parks became resources for recreation, education, and preservation.

Though people found many uses for them, like movie backdrops.

Now, countless movies feature national park cameos, such as “Planet of the Apes.”

Original interest in national parks came from the conservation movement that began in the 1800s.

The interest in national parks indicated an increase in the appreciation for wilderness and wildlife, especially as cities continued to modernize.

This is evidenced in the number of books and articles that came out about nature and preservation the same year the first national park was established.

The Appalachian Mountain Club was one of the first private conservation organizations, and was founded in 1876 to protect eastern wilderness areas.

As technology advanced, roads were introduced in and around the parks.

Parks developed road systems at different rates, though many established roads before the creation of the National Park Service in 1916.

This was so that visitors could enjoy parts of the park they wouldn’t have otherwise been able to reach.

Maps would be constantly updated to reflect these changes, and could therefore record the parks’ physical growth over time.

Besides the addition of roads, the parks’ landscapes remained largely the same.

The National Park Service was established in 1916 in order to preserve the parks, as well as to keep them accessible to the public.

The NPS was created by an act signed by President Woodrow Wilson, and currently employs around 20,000 people, and had more than 315,000 volunteers in 2017.

It now comprises more than 84 million acres in 50 states, as well as the District of Columbia, American Samoa, Guam, Puerto Rico, Saipan, and the Virgin Islands.

Their hard work is apparent in how little the areas have changed.

The National Park Service acts as a guardian of the parks’ natural and cultural resources, as an environmental advocate, and pioneer in protecting the open spaces of the United States.

Not only are the national parks areas of rich cultural and natural American history, they have also helped people through some of the country’s hardest times.

The parks provided stability during frightening times of insecurity for the nation, from the Depression to WWI and II.

For example, FDR created the Civilian Conservation Corps during the Depression, which was aimed at combating unemployment by putting young men to work in the parks.

He also revolutionized the idea of what a national park could be by adding historic sites and battlefields.

George Melendez Wright, an assistant park naturalist in Yosemite, became known as the savior of wildlife because of the work he did to ensure that humans contributed to their preservation as well.

He was also involved in the establishment of several other national parks at the time, including Everglades National Park in Florida.

As tourism began to grow exponentially in the 1930s, President Franklin Roosevelt decided to expand the parks.

Among the parks he added were Joshua Tree in California, Dry Tortugas in Florida, and Capitol Reef in Utah, to name a few.

He made sure that the parks evolved with the times, and remained properly maintained.

In the 1930s, around $218 million was put into work on the national parks, and many of the developments made remain today.

National parks are one of the foundations of America and will remain so for years to come.

Sign up here to get INSIDER’s favorite stories straight to your inbox. 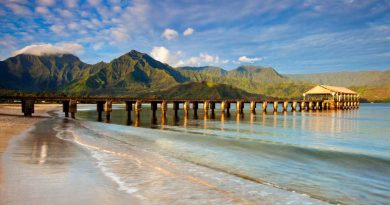 Escape on a budget: 13 domestic destinations with an international feel

How to make the most of a day trip in a new city: Charleston edition