Home » Travel » ‘They won’t know what hit them’ Heathrow tackles surprising £1.5b danger to flights

As the UK’s busiest airport, Heathrow has to know how to handle all kinds of incidents from passenger medical emergencies to security regulations. But one lesser known danger is estimated to cost the aviation industry over one billion a year.

Bird strike has been a threat to aviation since humans first took to the skies in the early twentieth century.

The incident occurs when an aircraft collides with an airborne animal, or in other words, a bird.

Although the majority of bird strikes cause little damage to an aircraft, they are fatal to birds and could cause a serious incident to a plane.

Bird strikes are most likely to happen during takeoff or landing, so Heathrow has to work hard to prevent the issue.

The incidents are estimated to cost the industry over £1.5 billion in damages worldwide every year.

One of the most effective ways to prevent bird strikes is to have effective bird management at an airport.

Viewers were introduced to Airside Ian, part of Heathrow’s air safety department. Ian’s job is to keep an eye on any bird activity.

The narrator said: “If there’s as much as a talon touching down on Ian’s 3000 acre turf, he’s going to know about it.”

Ian told viewers: “An airfield should be a hostile environment for birds. A bird could go through to the engine, the engine could stall upon takeoff.

“It can actually end up crashing and obviously could end up that we lost a life, so we try and make it as bird free as possible.”

As plane journeys from Heathrow dropped during the pandemic, Ian’s job became “even more critical”.

He said: “There’s been a distinct increase in crows, a fair few red kites have come. There’s an increase in pigeons.”

The increasing bird numbers at Heathrow are likely to be due to restaurant and cafe closures.

Birds that relied on eateries for food have flown further afield and decided to try their luck at Heathrow.

If left to thrive, the increasing bird numbers could lead to higher risks of bird strike when international travel picks up.

Viewers saw Ian use a projectile pistol to fire up in the air. The projectile explodes and frightens the birds away.

However, the Heathrow birds were undisturbed by the projectile and Ian was forced to try a more powerful method.

Equipped with a new blank firing semi-automatic pistol, Ian made a more formidable figure on the airfield.

Ian told viewers: “I’m quite interested in weapons. I belong to a rifle club. It’s a good discipline, it’s about keeping yourself steady, calming yourself and just trying to hit something.”

No birds will be harmed with the new pistol. Ian said: “The birds won’t know what hit them, but it won’t be a bullet, it will just be noise.” 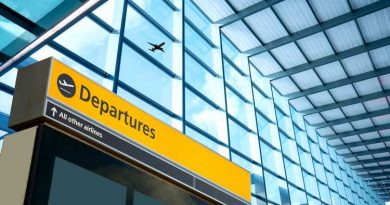 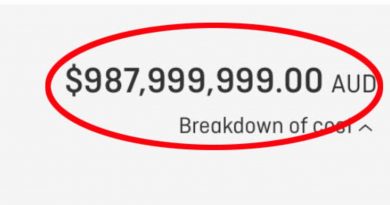