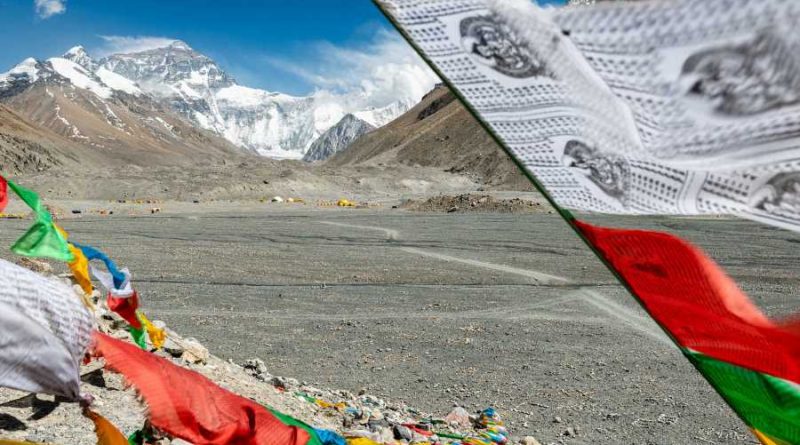 May usually offers the best weather for climbers to reach the world’s tallest peak at Mount Everest — but those who were hoping to ascend from the Tibetan side will no longer be able to do so because of coronavirus concerns stemming from Nepal, the Associated Press reported.

While it would seem that such an outdoor feat is primed for physical distancing during the pandemic, Nepal’s COVID-19 cases have surged in recent weeks, with its positivity rate now hitting 45% or about 9,000 new cases daily, NBC reported. Several hikers have tested positive after returning from Nepal’s Everest base camp, the AP noted.

Mount Everest, which recently declared its official height at 29,032 feet, sits on the border of Nepal and Tibet. China announced the cancellation of climbs on the Tibetan side on Friday, citing Nepal’s outbreak as a source of concern, CNN reported.

Nepal has issued more than 400 climbing permits this season, while 21 Chinese citizens have been granted permission, according to CNN. Neither side authorized climbs last spring. And while Nepal reopened for the fall, China has yet to allow foreign travelers to get permits.

On May 9, China announced plans to draw a “line of separation” at the peak to ensure that successful summiters keep their distance. A team was set to make the ascent to map out that division, Reuters reported last week as Nepal’s cases were on the upswing. Enforcement, however, was questionable since oxygen intake is so difficult on the human body at that elevation.

One Austrian guide told the AP that he was canceling the climb from Nepal. “We ended our expedition today because of safety concerns with the given COVID outbreak,” Lukas Furtenbach told the news agency. “We don’t want [to] send people or sherpas up, they [could] get sick high up there and die.” While some have reached the summit this week, two mountaineers making the trip in Nepal have died, the AP reported, though the cause of their deaths wasn’t specified.

Nepal’s rising COVID-19 numbers are on their way to becoming a similar crisis to its other neighbor, India. “We are in the initial phase,” Sushila Pandit, a Mercy Corps aid worker in Nepal, told NBC News. “I think the condition will be more critical in the the coming days.”

According to data from the Johns Hopkins Coronavirus Resource Center, the nation of 28.6 million has had 455,020 cases and 5,001 deaths since the beginning of the pandemic, with 1.27% of its population currently vaccinated.