France is the world’s most visited country, with almost 87 million tourism visitors in 2017. A significant portion of those visitors, which is more than the population of France itself, were bound for Paris.

Paris is at the top of many travelers’ lists and has been for centuries. It was the kickoff point for the Grand Tour tradition amongst the upper classes during the headiest years of the British Empire, as well as a must-stop destination for debutantes to buy ball gowns during the Belle Epoque.

Today, throngs of global visitors stand in lines to see attractions like the Eiffel Tower and the Louvre, smile with delight as they bite into their first Parisian croissant and excitedly peer through the glass barrier at the macaron counter at Ladurée.

They also get into arguments with each other over budgeting or timing, fall asleep into their bouillabaisse from exhaustion or fall for common tourist scams. Here’s a short list of tips I’ve compiled over the course of several visits to Paris.

Avoid the Train From the Airport

If arriving at Charles de Gaulle International Airport in Roissy, the RER Regional train serves Gare du Nord, where connections to taxis and the Paris Métro are available. While this is generally the most convenient way into Paris, it’s also fraught with problems. Laden with luggage off an overnight flight from North America, jetlagged with clouded judgment, it makes visitors a prime target for pickpockets—even veteran travelers can fall victim.

It’s better to take one of the direct bus services (some of which have free WiFi) that drop off at points convenient to several Paris hotels, or enjoy the door-direct service of a taxi or a ridesharing service. After a few days of being used to the rhythm of the city, with the benefit of a few good night’s sleeps, it’s less risky to take the train back to the airport (although a taxi to the train station is probably a safer bet—save the Métro for in-stay journeys without luggage).

It’s a shame to have to give such advice when the purpose of travel is to connect with new people, but most situations where visitors to Paris will be approached on the street by a stranger turn out to be well-trodden scams. Don’t sign petitions, trust anyone who has “found” jewelry on the ground or take a picture for someone who will drop their own camera and demand payment. Scammers prey on the good-nature and politeness of visitors, and it’s, unfortunately, safer to ignore strangers on the street.

That’s not to say one shouldn’t strike up conversations with neighbors in cafés or restaurants, but if something starts to seem odd, trust your gut.

Hotel concierges are lifesavers in Paris, particularly when it comes to booking tables in restaurants (often necessary a day or two in advance) or offering advice about excursions or pre-booking museum tickets. Best of all, their services are free of charge.

Concierges also cultivate relationships with many of the proprietors of restaurants they frequently send guests to, so they’ll guests will arrive armed with the power of that relationship to ensure they have a trouble-free experience.

This is good advice for any destination, but even more so in the City of Light, where half the joy of exploring the city is getting lost and wandering. Too many visitors attempt to work off a checklist, attempting to see the Louvre, Eiffel Tower, Montmartre and Arc de Triomphe all in the same day.

A better idea is to agree on one of two prime objectives for each day, preferably within the same area. Perhaps it’s the Eiffel Tower in the morning and Musée d’Orsay in the afternoon, knowing each won’t take an entire half day, leaving plenty of time for transit and wandering. My visits have generally been long weekends, and I tend to focus each trip on a different quarter of the city.

Don’t be Afraid to “Be a Tourist”

Most visitors to Paris simply will not blend in, no matter how hard they try. Don’t be afraid to take pictures of monuments or take advantage of the Batobus, the tourist boat that stops at popular attractions along the Seine. In spite of its reputation for snooty residents, Paris has fully embraced the fact that tourism is one of the city’s major industries. Visitors needn’t be ashamed of their status, and attempts to “go native” will typically only make one stand out even more.

But Don’t Overdo It

That said, there’s also no harm in paying general respect to the norms of a place one is visiting. One needn’t be a fashion plate, but generally speaking Parisians don’t wear shorts, tank tops, baseball caps, flip-flops, souvenir items or stereotypically “French” attire (the one exception seems to be horizontally striped shirts).

Parisians are also generally reserved—it’s rare that they’ll strike up conversations with strangers and when they do speak, it’s generally several decibels lower than what North Americans may be used to—it’s polite to modulate accordingly.

Preplanning can be important when it comes to budget, but it’s also important to allow enough budget for contingencies, like taking cabs or rideshares when pressed for time or due to fatigue, when hunger strikes or a refreshment break is needed. Most of the arguments I overhear in Paris concern budget or time management, so it’s best for everyone’s sanity if the major non-negotiable items are settled in advance.

Are you interested in traveling here for work or vacation? Travel agents have access to huge savings you’d never find booking on your own. Enter your email below and one of our expert travel agents will be happy to help you save money!

Santa Fe: Art of the pueblo

Which Hawaiian Island Should You Visit? 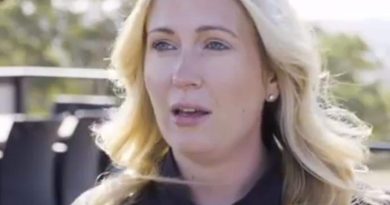 How Adelaide Hills in South Australia has recovered since the bushfires