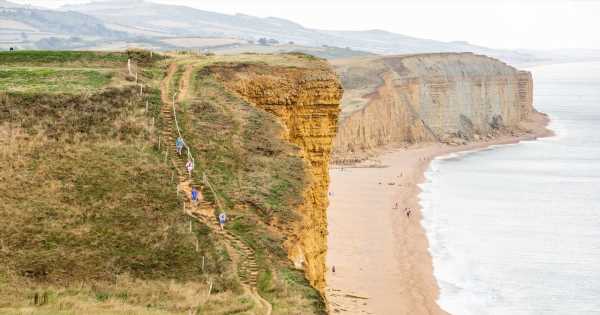 The Jurassic Coast in Devon and Dorset has been named as the UK's most beautiful walking route – followed by Cheddar Gorge in Somerset, and England's highest mountain peak, Scafell Pike.

A poll of 2,000 adults, who enjoy countryside walks, saw the 95-mile Jurassic Coast, a UNESCO World Heritage site, take top spot – thanks to its dramatic coastline passing iconic landmarks such as Durdle Door, and picturesque seaside towns like West Bay.

Rounding off the top five in the list was the South West Coast Path – spanning 630 miles through Dorset, Somerset, Devon, and Cornwall – and the 190-mile Coast To Coast path, stretching from Yorkshire to Cumbria.

Other walking routes featured in the top 10 list include Ben Nevis, the highest mountain on the British Isles, and Giant’s Causeway in Northern Ireland, which boasts thousands of stunning interlocking basalt columns.

Chief executive Graham Donoghue said: “Here in the UK, we’re spoilt for choice when it comes to the number of beautiful walks and hikes on our doorstep.

“Wherever you are in the country, it often feels like an area of outstanding beauty is only a stone's throw away.

“Whether you want a dramatic coastline, towering forests, or panoramic views, the UK has an incredible range of rural landscapes which are just waiting to be explored.”

When describing their perfect hike, over half (56%) of Brits favour stunning views over everything else, while 47% will choose a route that is near a lake or river.

And nearly two in five (38%) cited stopping off at a countryside pub as essential during a walk.

The survey also found the ideal distance for a hike is nearly seven and a half miles – with more than half of British ramblers (51%) preferring this to be a leisurely stroll over a more strenuous trek.

Typically, the nation’s walkers will head off on 14 different coastal or countryside treks each year, with many choosing to fit these in during the spring and summer months.

However, nearly one in five (18%) of those polled, via OnePoll, prefer to tackle walks in the autumn.

Walking is an important consideration when choosing a UK break, with eight in ten saying they have either been on a staycation, or would consider booking one, based on the quality of the nearby walking trails.

And more than three-quarters (77%) believe having a range of countryside and coastal paths to explore is important when they are holidaying in the UK.

During a week-long staycation, Brits would aim to take four hikes, on average.

In fact, three-quarters (75%) believe the amount of stunning countryside to discover is one of the best things about this country.

Sykes’ Graham Donoghue added: “These survey results are a true testament to the magnificent and diverse landscapes we have here.

“That’s why it’s no surprise when holidaymakers with a passion for walking – and also those who have dipped their toes into hiking during the pandemic – are wanting to stay closer to home, with many planning their staycations solely around routes they want to tackle.”

When questioned, nearly a third of ramblers (29%) admit that they often struggle to find walks that are appropriate for themselves and their skill level.

If you’re a keen hiker – or looking to lace up a new pair of walking boots – this guide to the UK’s top 10 most beautiful walks could offer some inspiration for your next trail.

THE UK'S TOP 10 MOST BEAUTIFUL WALKS:

THE TOP 10 UK NATIONAL PARKS BRITS MOST WANT TO EXPLORE: 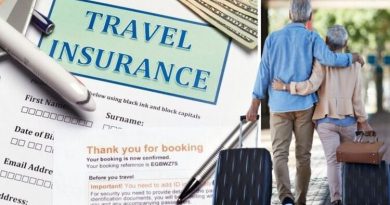 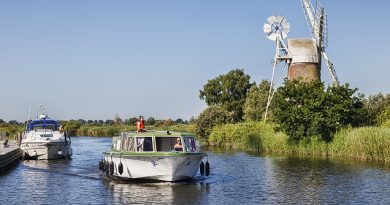 Float away on the canals, rivers and lakes of Britain