Is winter starting to drag on? Would you rather be lounging on a beach or admiring a town’s rich cultural and architectural heritage while sampling exciting cuisine without having to wear your warmest coat? Here are the top 20 destinations in Central and South America.

Chile’s popularity is certainly on the up. The Lonely Planet guide named it as this year’s top destination, and National Geographic recommends a visit to the city of Santiago, the country’s trendy capital. The year 2018 will mark 200 years of Chilean independence, which gives you the perfect excuse to pay it a visit!

Many regions of Cuba, including the Cayos, were affected by the hurricanes of last autumn. According to Debbie Cabana, director of marketing, social media, and public relations at Transat, “The consequences have been on the whole positive for the Cayos region, famous for its white sandy beaches.

“Many of these have seen their surface area increase, sometimes by up to eight metres in length, and some of the hotels affected by the hurricanes have been renovated and updated.” A great reason to rediscover this destination in 2018!

Buenos Aires features on Architectural Digest’s list of top places to travel to in 2018, mainly due to its selection as the first participant in the Art Basel Cities initiative. Argentina’s colourful capital is well known for its culture and architecture.

The World Design Organization has named Mexico City as the World Design Capital for 2018. That’s one of the reasons why the magazine Architectural Digest recommends paying it a visit this year. It is the first North American city to receive this honour.

There’s more to Peru than Machu Picchu! Other exciting attractions include the capital city, Lima, and the colonial centre, Cuzco, which is a UNESCO World Heritage Site. There’s also Urubamba Valley, the Vinicunca rainbow mountain, and the Amazon River.

According to Debbie Cabana, El Salvador deserves to be on the map. Due to its small size, this country, where nature and volcanoes get top billing, doesn’t take too long to visit, making it the perfect choice for an exotic week away.

Located between Mexico and Guatemala, Belize is the perfect destination for a relaxing holiday: white sandy beaches, Maya ruins, tropical jungle and, thanks to the second-largest coral reef in the world and the famous Great Blue Hole, beautiful spots for diving or snorkelling.

The mountains of Saint Lucia are the dream landscape of many a traveller. This Caribbean island is home to a great variety of natural attractions, making it the perfect spot to recharge your batteries: volcanic beaches, spectacular waterfalls, and reefs that are perfect for diving.

Roatan, a Honduran island, is becoming increasingly popular with tourists. According to Transat’s Debbie Cabana, “It’s a paradise for fans of snorkelling and diving alike, as the island is located off a breathtaking coral reef.”

According to the Telegraph, Latin America is becoming increasingly popular with travellers, particularly younger tourists, and Nicaragua is a particularly popular destination.

That comes as no surprise to Debbie Cabana, director of marketing, social media, and public relations for Transat, who describes it as a country with magnificent beaches, where mass tourism is less obvious than elsewhere, and where nature takes centre stage.

Forbes has this destination listed as one of the best budget options for 2018. Although this Dutch island was spared the devastating hurricanes of last autumn, the magazine notes that hotel prices were down by 11% at the start of the year, leaving you with money to spare for other activities such as diving or snorkelling.

Transat’s Debbie Cabana recommends Costa Rica for fans of wild nature and surfing. This paradise island is attracting increasing numbers of visitors thanks to its national parks, which cover over a quarter of the country.

US President Donald Trump’s comments about certain countries, including Haiti, prompted many tourists to share their photos and memories of these countries on social media. Images of Haiti’s wild beaches, turquoise waters, and colourful villages have inspired more than one holidaymaker to plan holidays here in 2018.

Barbados features on Readers’ Digest list of destinations to visit in 2018, in part because the fact that this country is less well known by tourists makes it possible to find great deals. Bridgetown, the capital, will delight lovers of art, food, and history.

Colombia has something for everyone. According to Transat’s Debbie Cabana, Cartagena, with its old town, will charm history buffs, while holiday resorts such as the Isla Barú in the Caribbean Sea provide the perfect destination for those wanting to relax.

The Telegraph suggests visiting Ecuador’s Galapagos Islands in 2018. This is a place that is known of by many, but due to its isolated location and the costs associated with a trip there, is not yet accessible to all. Tourism has been developing on these islands for several years now to ensure the survival of the species that live there and the sustainability of the destination.

According to National Geographic, the Mexican state of Oaxaca and its capital, Oaxaca de Juárez, are great travel destinations for 2018. Tourists here can discover ancient traditions and buy souvenirs dyed and painted with natural colourants, made by craftspeople.

An influx of tourism would be very welcome here after the region suffered two earthquakes last September.

One of the most famous images to come from the Bahamas has to be that of pigs swimming in the clear blue sea at Big Major Cay in the Exumas archipelago. Getting a photo with these docile, tame animals is the perfect way to impress your Instagram followers!

Although this archipelago is located off the coast of Nicaragua, in the middle of the Caribbean Sea, it belongs to Colombia. Debbie Cabana, director of marketing, social media, and public relations at Transat, recommends this destination for fans of kite surfing or windsurfing.

She also notes the many natural pools, where waves have sculpted the rocks. 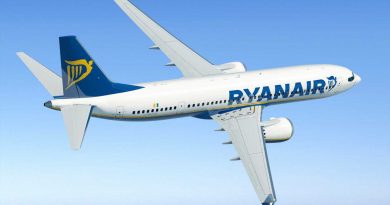 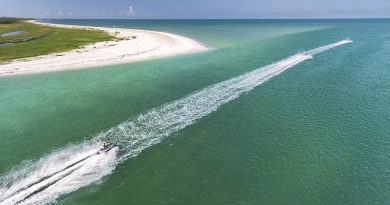 7 reasons why THIS Florida destination should top your wish list!