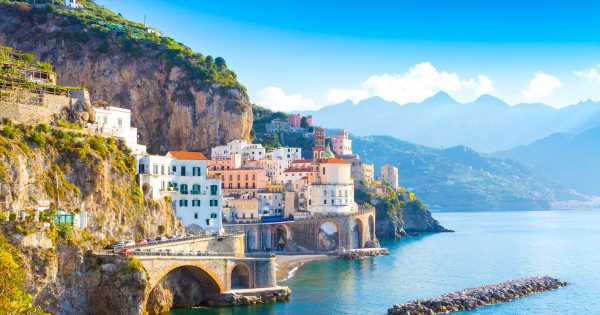 Sunny holiday destinations beloved by Brits such as Spain and Italy could open up to UK tourists by June under restriction reviews.

The Government's Global Travel Taskforce has not yet confirmed whether foreign holidays will be permitted from May 17.

Nor, have they declared which destinations people can visit without self-isolating on their return.

However, there are hopes that it could be as early as June as the taskforce recommends a traffic light system categorising countries based on their Covid-19 risk levels.

Those coming home from “amber” or “red” list locations will have to quarantine when returning to the UK, reports the Mirror.

The government will review the plan for foreign travel on June 28, when laws on testing and quarantines could be relaxed for mid-tier amber countries, claimed the Department for Transport.

Additional reviews will happen no later than July 31 and October 1.

The Times reports that popular hotspots like Spain, Italy and Greece may be on the cards for Brits at the end of June.

And, ministers are said to have pledged to halve the cost of Covid tests which are required before and after travel.

At the current rate, families who want to travel are facing a whopping £600 bill for tests to be able to fly.

That's no easy feat on top of the cost of hotels and flights.

Each flyer will need to take at least two tests to fly to and from "low-risk" destinations.

This means pre-departure tests could add £400 to the cost and a further £200 would need to be spent on a second post-arrival test.

Aviation bosses including Johan Lundgren, the chief executive of easyJet, have campaigned for the use of cheaper lateral flow tests to reduce the cost for travellers after months of lockdown.

And, on Tuesday night the Prime Minister, Boris Johnson, reportedly said he had asked officials to use the cheaper testing.

He claims that he sees re-opening the holiday industry as a 'priority' and wants to restart foreign travel from May 17.

The Prime Minster said: 'I do think we want to make things as easy as we possibly can.

"I think the boss of easyJet is right to focus on this issue.

“We're going to see what we can do to make things as flexible and as affordable as possible."

The government said it hoped to re-opne travel “as soon as possible” this week.

Transport Secretary Grant Shapps added: "International travel is vital – it boosts businesses and underpins the UK economy – but more than that, it brings people together, connects families who have been kept apart, and allows us to explore new horizons."