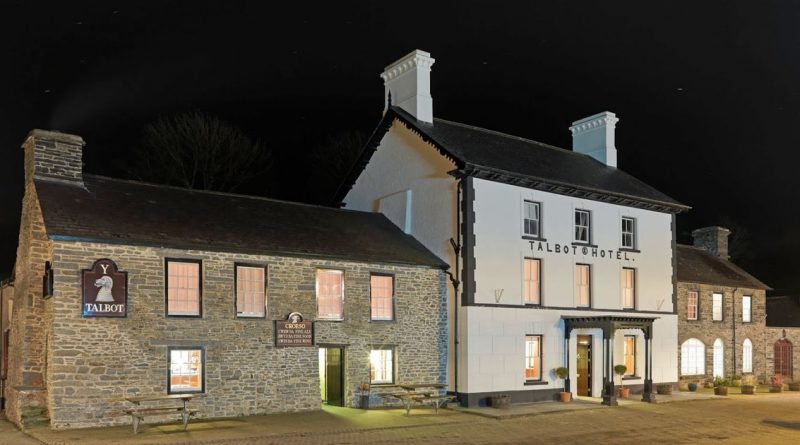 According to legend, a tranquil beer garden in West Wales may be the final resting spot for a circus elephant from the 19th century.

Y Talbot in Tregaron, Wales offers more than just a relaxing place to drink and hang out with friends. A closer look at the artwork and the markings on a nearby lamp post reveals that the beer garden may have been the burial ground for a circus elephant who fell ill in the town in 1848.

The bizarre legend states that a travelling circus came into Tregaron in July 1848. Back then Tregaron was an ancient market town that was the main gathering place for the drovers, who would herd cattle, sheep and geese to the markets and made considerable wealth trading livestock.

There are a number of differing versions of what happened next but they all overlap with the following details.

The elephant, locally known as Jwmbi, was one of the main attractions of the circus, but passed away after drinking contaminated water said to be from a nearby well or river, 2Chill reports.

It was then taken to the Ivy Stables next to Y Talbot pub, where the elephant lay dying.

The circus later moved on leaving the people of Tregaron to bury the elephant, which is why Jwmbi feels so close to the locals.

They looked after him in his dying moments and left him at his final resting place under what is now Y Talbot’s beer garden.

Nicknamed “The Elephant’s Graveyard”, the pub has a bespoke lamp post marking where the elephant is believed to be buried.

The tale is believed by many – so much so that in 2011, the University of Wales Trinity St David's archaeology department led an excavation to dig up the beer garden and find the corpse.

Unfortunately, they were unsuccessful with the dig but did manage to combine local legend and history together enough to bring the story to light again.

Speaking after the five-day dig, project leader Dr Jemma Bezant told BBC Wales News: " We found no signs of the elephant so the mystery continues.

"We've got lots of information from locals with different versions of the story.

"The team are also anthropologists, so we asked people to get in touch with what they think happened and there are a number of places where they think the elephant may have been buried.

"We think the elephant was buried around here because it made it into the local newspaper at the time."

Y Talbot is one of the only pubs in the world with the claim that they 'have an elephant buried beneath our pub' and whether that be through local folklore or historic facts still makes it an historic place to visit.

The story is part of Welsh heritage and attracts visitors to the 400 year old inn from all around.

It is listed in the Michelin Guide and head chef Dafydd Watkin was trained by Marco Pierre White.

He focuses on using Welsh produce to serve pub classics, fresh fish, beef, game, vegetarian and vegan dishes – something for everyone.

Rural mid Wales is not short of legends with the dark myths about Cors Caron, the ancient bog to the Welsh Werewolf and the Pembrokeshire triangle.

Summer vacation is amateur hour in the travel industry; here are 6 rookie errors to avoid 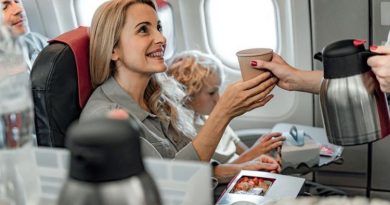 What it’s like to take a zero gravity flight