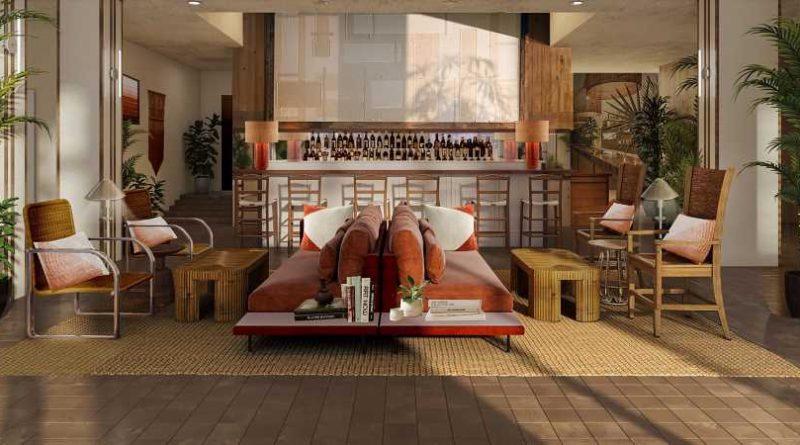 When KAYAK, the popular travel search engine, announced that they were opening their first hotel in Miami Beach, it was hard for me not to be intrigued. Fashion and lifestyle brands moving into the hospitality space is nothing new these days, and when you consider Shinola's hit Detroit hotel and Gucci's Florence and Beverly Hills restaurants — not to mention brands like West Elm and RH currently attempting to emulate that success — it doesn't look to be slowing down anytime soon.

But with closer examination of KAYAK as a technology company focused in travel, and therefore, their ability to gain consumer insight and predict emerging trends, the company is poised to be a leader in the hotel space, and they're already investing in it by scouting potential locations in L.A., Boston, Berlin, and beyond.

My first visit to a KAYAK hotel, though, happened during their opening week in one of the U.S.'s trendiest, most competitive markets that sees a good share of searches on their platform: Miami. Here's what my first and unexpected second stay was like at the hotel, and what you can expect from KAYAK Miami Beach:

Housed in a landmarked building in a noticeably quieter part of South Beach, the KAYAK Miami Beach's location will quickly become part of the allure for travelers, especially those seeking a more relaxed and removed retreat. While the hotel lacks a beachfront position on the main drag of Collins and Ocean Avenues, it is still very much adjacent to the heart of South Beach's scene. As a consequence, in less than ten minutes time, I could be cruising SoBe's most buzzing streets or have my toes in the sand, whether by walking, a short Uber ride, or taking advantage of one of the hotel's complimentary Priority beach bikes. During sun-kissed afternoon journeys back to the hotel, I found myself charmed by Collins Park and the not-to-be-missed Bass Museum, a place filled with contemporary treasures that can quickly be overlooked during a stay here but is mere steps from the hotel's doors. By exploring more locally-frequented streets, shops, and restaurants, I was left with a new impression of a place I had visited many times. A close collaboration with partner Life House and their award-winning design team helped to shape a space that is trendy, in part, thanks to its throwback references. "KAYAK Miami Beach's design draws inspiration from the local Streamline Moderne architecture and features bold Deco-esque patterning with aviation themed silhouettes in a nod to KAYAK's expertise in flights," Steve Hafner, CEO of KAYAK, told me.

And no, unlike what I assumed, there is no bright neon orange KAYAK sign outside. Instead, a small tasteful version of KAYAK's logo sits in between two of the hotel's front doors. Inside, the design is filled with earth tones subtly complimented by warm burnt orange — a more overt but never distracting nod to the travel brand's logo — plus dusty greys and jewel tone blues, all which give the space a contemporary, curated and homey feel.

Most of KAYAK Miami Beach's inviting, retro-inspired rooms are decidedly communal in an effort to intermingle and draw in visitors and locals alike. In fact, one of the things I enjoyed most about the property was how it attracted positive, good vibes — a sensibility carried through from staff to guests. Warming up to someone you don't know is easy here, especially in the plant-filled oasis of a lobby, which has seating areas for in-person meetings and a long communal table ideal for coworking creative types. Facing the front doors, a large, handsome lobby bar stocked with an eclectic mix of top-tier liquors was a welcome spot to grab a drink during my stay, but my ultimate slice of relaxation was undoubtedly found on the hotel's wrap-around rooftop. Located on the third floor adjacent to larger terrace suites with private outdoor spaces, a row of comfy lounge chairs and a plunge pool attracted sunbathers such as myself during the day. And while the pool is on the smaller side, I found it ideal for taking a quick, quiet dip in solitude, especially since it sat in a corner of the rooftop that receives ample sun throughout the day. On the opposite side of the roof, a large space for gathering under the sunlight or stars is filled with funky and retro-inspired wood chairs, outdoor sofas, coffee tables, and tropical plant life, and doubles as an extension of the hotel's on-site restaurant. For the first part of my trip, I stayed in a Deluxe King room on the first floor. The room felt cozy, and was well laid out for its 220 square foot imprint. It had a nice, functional storage cabinet for luggage, and more importantly, held a super comfy Revival New York robe. Details including a woven rope art piece above the headboard, Marshall speaker, and Art Deco-inspired globe pendants gave the room its personality, as did mid-century modern chairs and 1970s-era photos and prints depicting life in Miami Beach. In each of the 52 rooms, ample-sized bathrooms with rain showers, pinwheel-tiled floors, and Porcelanosa sinks were filled with luxe Le Labo bath products. And as a stickler for water pressure, I can confidently say the KAYAK Miami Beach had that on tap, too. After a flight cancelation on my day of departure, I checked back into the hotel and subsequently, into an upgraded Contemporary Suite, a larger room with separate living and bedroom areas. The suite boasted a seating area with retro, wicker-backed chairs, a jute rug, strategically placed potted plants, plus a daybed for lounging covered in comfy pillows. With plenty of space to spread out, the room — which also featured a yoga mat and a large desk — made it an ideal setup for someone who is looking to work from elsewhere and enjoy the best that The 305 has to offer. Miami's culinary scene is set on fire, literally, at Layla, the restaurant sitting on the ground floor of the hotel which is well-positioned to make an imprint with a fresh take on modern Middle Eastern cuisine. Named after Layla of Layla and Majnun, the restaurant aims to bring the Romeo and Juliet-like tale of star-crossed lovers to life through its food and ambiance.

The casual-yet-sophisticated space feels like a restaurant you might find in Tel Aviv over Miami. The indoor portion has intimate, candle-lit booths flanking a long narrow bar with large, pronounced pendant lighting, and the entire space spills out into an area overlooking a canal which acts as an al fresco seating area and late-night cocktail lounge. Summer Nights — a Mezcal cocktail mixed with Luxardo Bianco, watermelon, fresno chile, and lime — was the perfect start to my evening here, as was a trio of mezzes including hummus, labneh, and babaganoush, the star appetizer of the three. Another small plate made with eggplant, simply called Eggplant Toast, left me wanting an extra bite. And while it's offered on the menu as a savory dish, I opted to try the impressive display that is the Flaming Saganaki as a dessert to complete my meal. Doused in Arak and lemon herbs and lit on fire in a theatrical fashion, it's sure to become this new restaurant's most Instagrammable moment.

With the intended goal of rethinking the guest experience, and having announced that they will use the property as a design lab to test and refine software innovations in the accommodation space, I was anxious to see how KAYAK and their partner Life House could improve the guest experience. As a frequent traveler, I find dedicated apps with support and texting functionalities often more trouble than they're worth, but KAYAK has figured out a way to make it seamless, easy, quick, and personalized.

The hotel's integrated tech was best on display in the completely self guided check-in process, a nice touch for impatient travelers like myself who sometimes after a long journey, prefer to make the process as fast as possible and limit human interaction.

During my stay, the property's house manager also monitored a text chain with me 24/7, and I always received friendly service, tips, and solid local recommendations. Perhaps more impressive, the night I checked out and my flight out of town was canceled, I texted the number and was instantly able to get rebooked into a room within 20 minutes of reaching out.

Though KAYAK is still working out certain kinks in their mobile app, by the summer, they plan to allow guests an even more tech-integrated experience, with check-in and check-out, keyless entry, the ability to select or upgrade a room, and instant access to make restaurant reservations directly through OpenTable. 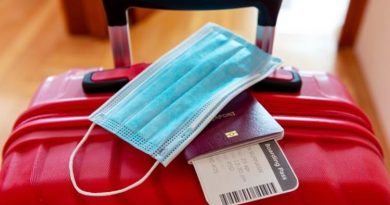 Do I need a negative Covid test to fly into the UK? New rules explained