Neither me nor my partner had ever been to Queenstown so she planned a trip around my birthday. As soon as we arrived we were non-stop, we did absolutely everything there is to do down there. From the bungy to the helicopter, to the restaurant on the mountain, to the jetboats, we did EVERYTHING. On the bungy day we had a bus driver whose job was to keep us on edge, playing songs like Queen’s Another One Bites the Dust. My close friend General Lee was playing a show down there so we met up and I took him to Fear Factory, the haunted house experience. It was so good. Best birthday ever.

The very first time I went to China was when I played drums in a band when I was 19 years old. Day three into the tour and I started to build enough confidence to stray from the group and do some exploring. It was probably the dumbest thing I’ve ever done, as I didn’t have a cellphone with a local SIM. I got into a taxi and the driver, surprise, surprise, didn’t speak English. I knew the name of the mall so we started driving. I asked him, “can you wait for me while I go to shop?” He said something in Mandarin, which was probably along the lines of “I don’t know what you just said” but I wrongly assumed he meant “Yes”. He dropped me off, I paid him and I said “please, you wait here”. He drove off. I was freaking out asking people for a hotel I don’t even know the name of and everyone was saying … “ahhh, hotel, yes, yes”. An hour or two later, I found a hotel business card in my back pocket. I took a taxi back, had a little laugh to myself and went to sleep.

Opinion: People who recline their seat on the plane are the worst 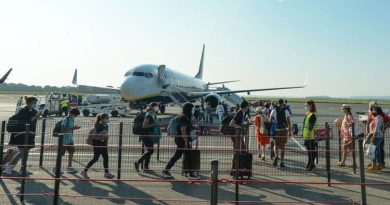