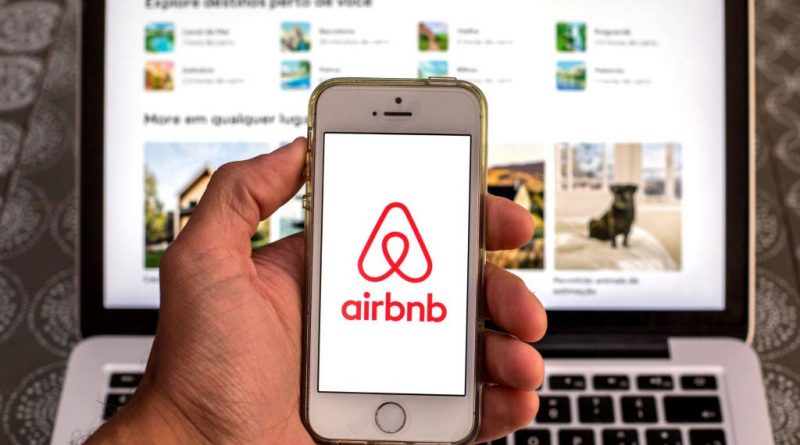 We’ve seen posts on social media and heard from readers about recent issues with Airbnb and VRBO, including stories of hosts reportedly canceling at the last minute without penalty and failing to provide alternative accommodations.

I spoke to TPG reader Tanner, who asked to be identified by his first name only, about a recent experience he and his partner had with Airbnb. Tanner, who is 28 and works in tech, and his partner, a 26-year-old executive assistant, booked an Airbnb in Kona, Hawaii, for July 2-6 for roughly $500.

“Yesterday, we received a message from the host canceling our Airbnb, something about a family member staying there. We immediately called Airbnb and we suggested replacement Airbnbs if they could cover the difference,” Tanner said via email. “At that time, the cheapest comparable Airbnb was $309 per night before fees. They said they would look into it and (it) should be fine, promising a callback.”

Tanner says that no callback occurred and the other potential Airbnb was no longer available, so the Seattle-based couple broached the idea of booking a hotel and asked Airbnb if they would reimburse him.

“So far they are unwilling to help beyond the $500, and four nights at the only real hotel left around, the Marriott Kamehameha, is about $2,600 total,” he said. “Very frustrating because (it’s) not our fault we got canceled on and there are limited options, nor are we responsible for Airbnb’s slowness in rebooking us into a new Airbnb that got booked before they could reaccommodate us.”

Airbnb told him when he asked a second time later that they wouldn’t go above $500.

Tanner was not the only person we spoke to who said Airbnb promised repeated callbacks throughout the process, to no avail.

On June 28, Chicago native Sylvia Bednarz, 32, tweeted her frustration with Airbnb’s handling of a flooded property that she and seven of her friends rented for a bachelorette party.

Read more: How to become an Airbnb host

Hey @Airbnb remember when our rental flooded and my entire bachelorette party had to evacuate? Then after 6 hours with customer support you said we were responsible for finding our own accommodations and you would cover that cost. And now you’re refusing to do so? #NeverAgain pic.twitter.com/Gz11QUUywu

“I had booked an Airbnb in Chicago for my best friend’s bachelorette party. We specifically wanted a home, rather than a hotel, because we required a full kitchen in order to do some of the cooking for the weekend on our own,” she said via email. “We arrived and checked in hassle-free Friday night, Saturday morning is when the chaos ensued.”

Related: Renting a home this summer? Here’s your guide to redeeming credit card points for Airbnb

She recalls a tornado warning and a rainstorm that day, which subsequently resulted in the ground floor beginning to flood. Upon evacuating to the family home of a friend nearby, they contacted Airbnb to explain the situation and inquire about backup accommodations. Things continued to go downhill.

Bednarz says she was put on hold with the company’s emergency team for approximately an hour before the call dropped, and had to wait an additional 45 minutes on hold after restarting the complaint process. An hour or so later, she says Airbnb informed her that they were unable to locate any alternate properties in Chicago, thus deeming Bednarz’s group responsible for finding their own accommodations.

“They even went so far as to give us a dollar amount budget, approximately $740, for how much they would approve for us to spend for these alternate accommodations for which they would reimburse us,” she recalls. “Keep in mind that … it was around 4 p.m., on a Saturday in Chicago, during Pride weekend. We had a group of eight adult women who needed a place to sleep.”

At this point, Bednarz says her friends began to submit documentation for reimbursement to Airbnb, which included securing a quote for a Hyatt they had elected to stay at. After providing the paperwork and checking in to the Hyatt, she says Airbnb refunded the original booking in full.

“Once the guest informed Airbnb about the flooding at the listing, the reservation was canceled and a full refund was quickly issued to the guest,” an Airbnb spokeswoman said via email. “We do apologize that our work to support her group with alternative accommodations fell short of our usual standards, and we have now provided hotel reimbursements for their inconvenience.”

Related: 3 major ways Airbnb is improving the user experience for guests and hosts

The next day, Bednarz says she had a 45-minute phone call during which she reports Airbnb informed her they would not actually not be reimbursing her for the hotel, despite saying they would the day before. The saga continued.

“After a long back and forth, we ended the call with their promise they would once again escalate the situation and call back within 24 hours to find a solution, and that was the last I heard from them until this morning,” when Bednarz says she received an email from Airbnb apologizing and confirming the promised refund of $927.06.

Related: Dreaming of digital nomad status? Airbnb is giving 12 people the chance to live anywhere for a year

When it comes to VRBO, users have reported similar experiences, including author Rachel Richards, 29, who detailed her experience with a VRBO host canceling five days prior to an upcoming trip to San Fransisco.

On June 20, Richards took to TikTok, where she narrated how a VRBO host canceled her reservation on June 16, for a one-month stay starting on June 21, giving Richards and her husband, who like many during the pandemic, sold their belongings to work remotely and travel indefinitely, scrambling to make new arrangements in time.

“We have no house, we’re nomads, we’re supposed to be arriving Monday … we have no place to go,” said Richards, who is the author of “Money Honey: A Simple 7-Step Guide for Getting Your Financial $hit Together,” and known as @moneyhoneyrachel to her more than 14,000 Instagram followers.

VRBO states on their website that “Cancellation policies vary from property to property and are available for review directly from the property page,” meaning hosts are able to set their own policies.

“While we expect hosts to honor their bookings, sometimes cancellations are inevitable. Some hosts may need to cancel bookings due to reasons outside of their control, such as unforeseen damage to their property that make it unlivable for guests – like an A/C unit going out or damage from a natural disaster,” Nola Lu, public relations manager at VRBO, said via email. “When hosts cancel due to reasons under their control, those cancellations negatively impact the host’s listing performance and visibility on the site, and canceling too frequently could result in removal from our platform.”

Richards says she attempted to reach VRBO several times over the following days, which she documented on TikTok, and said she was told to “keep waiting” for an email from the company. She believes her calls stopped going through at some point and suspects the company blocked her, as she was able to reach them via her husband’s phone.

Read more: Maximizing points and miles on vacation rentals with Airbnb and VRBO

“The problem with VRBO’s policy is that if hosts can cancel last minute with no repercussions, then travelers are left scrambling trying to find a different place to stay. Now the only places that are similar … that have AC, kitchen, are pet friendly, have a washer and dryer, are literally three times what we paid,” she said. “The cheapest listing I can find … is literally $10,500. … I’m trying not to freak out but we have less than 48 hours now to figure out what to do.”

In a follow-up TikTok on June 23, Richards confirms that VRBO “appears to have noticed my video” and offered to fully reimburse her for $5,100, the difference between what she originally paid for her canceled VRBO and a new one she ended up booking.

“I can’t help but question if this wouldn’t have happened if I hadn’t complained on social media,” she said on TikTok. “There were hundreds of you in the comments that had similar experiences and lost a lot of money.”

In response to Richards’ case, Lu, the PR manager, confirmed the host “had to cancel Rachel’s booking at the last minute due to a burst water pipe,” that the host provided a full refund for her booking and that the VRBO rebooking team “worked with her to successfully find a new property for her stay.”

If you find yourself in a similar situation, Richards and Bednarz have some advice.

“Before booking with any platform, look up their ratings online, because if you just do a Google search of VRBO reviews or VRBO ratings, like I clearly would’ve seen that this is a common problem for them and maybe stayed away,” Richards told me, who also recommends securing some sort of written documentation to point to as the dispute continues. “As soon as things started going wrong with this VRBO … I tried to get as much in writing as possible and I think having that proof helped them see and kind of take action.”

Bednarz agrees that social media may have played a role in resolving her situation.

“While I am fortunate to have many resources at my disposal to draw attention to the matter on social media, I worry for those using the platform who do not have the same sort of accessibility or fortitude to do so,” she said. “Having shared our story online, I had many people reach out and share their own horror stories dealing with Airbnb.”

She is still jarred by her experience.

“There are so many factors in this experience that did not go nearly as bad as they could have, which is what shocks me most about the poor response from Airbnb. There was no personal property damage, no injuries, and we had a place to temporarily stay after we evacuated,” she said. “I can’t imagine how much worse the ordeal would have been had none of those things been true. I never wanted anything more from Airbnb other than for them to keep their promise to refund us for the hotel.”

As for Tanner and his partner, they just arrived in Hawaii yesterday and are still waiting to hear back from Airbnb.

“.. pretty adamant Airbnb owes us something here,” he told me via text.

Best ways to travel without knowing the local language