Travel website Tripadvisor has slapped a warning on a Thai resort’s listing after it launched legal action against an American expat over a negative review, which briefly landed him in prison.

In July, Wesley Barnes wrote of encountering ‘unfriendly staff’ and accused the Sea View hotel and spa on Koh Chang island of ‘modern-day slavery’ following a dispute over a corkage fee.

The resort later sued Barnes and he spent two days in police custody after being arrested and charged under Thailand’s strict defamation laws. 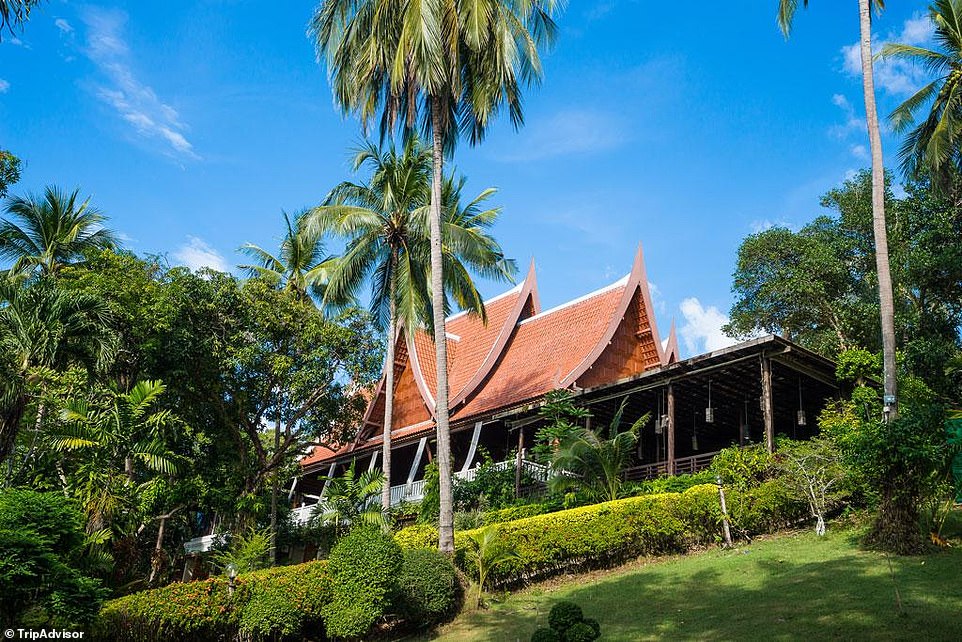 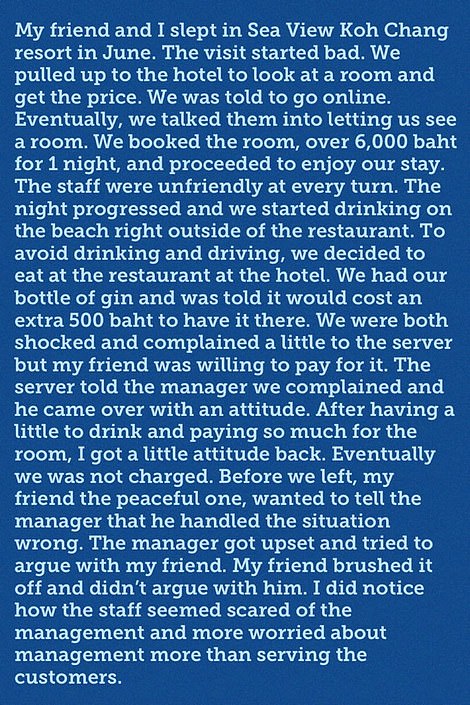 Barnes and the resort reached a settlement after a mediation session last month.

The Tripadvisor message added to the Sea View on Wednesday warns would-be guests of what happened to Barnes.

‘The hotel may have been exercising its legal rights under local law, however, it is our role to inform you so you may take this into consideration when researching your travel plans,’ the warning reads.

Tripadvisor said it had taken the ‘extraordinary action’ of posting a warning on the hotel’s listing so other travellers were aware of the incident.

‘Tripadvisor believes in the right of every traveler to write about their first-hand traveling experiences – good or bad,’ a spokeswoman said.

‘Tripadvisor strongly opposes any action where a business, like the Sea View Hotel and Spa in Koh Chang, uses local law to send someone to jail for expressing their opinion.’

In a statement, the hotel said it was ‘deeply disappointed’ with Tripadvisor’s move, saying it would ‘create further confusion and reinitiate a closed case’.

Thailand’s tough criminal defamation laws have long drawn scrutiny from human rights and press freedom groups, who say powerful players use it as a weapon to stifle free expression.

Human Rights Watch Asia deputy director Phil Robertson said Thailand’s defamation laws were a ‘time-tested tool’ to suppress critical opinions and some businesses were willing to ‘sue at the drop of a hat’.

‘It’s so very very easy to file these cases with almost no evidence whatsoever,’ he told AFP.

U.S. Travelers Can Now Live and Work in Aruba for up to Three Months