International travel is now possible and people all over the world are researching their next overseas trip. New research by Kuoni analysed the most searched for landmarks around the world, and two British attractions made the top 10.

The world’s most searched for landmarks have been revealed.

Looking at the places people from each country want to travel abroad to see most, Kuoni came up with a list of the top landmarks around the world.

Dubai’s Burj Khalifa came top, with 66 countries having the skyscraper on their bucket list.

Britons’ top overseas landmark to see was found to be the Eiffel Tower in Paris.

READ MORE: ‘Iconic’ Conwy market town named as one of the prettiest in the UK

The Eiffel Tower is also the second overall landmark most people around the world want to see.

In third place was Machu Picchu in Peru.

Nineteen countries had the historic citadel as their number one landmark.

Big Ben was the ultimate bucket list item for 11 countries.

It was the same number for the Taj Mahal in India.

It also beat the Alhambra in Spain and Notre Dame in Paris.

Some of the countries which listed Big Ben as their top attraction were France, Poland and Russia.

The second British landmark to make the list was Stonehenge.

Four countries listed it as their top overseas attraction to see.

It beat Petra in Jordan and incredibly, the Great Wall of China.

10 landmarks the world wants to see the most 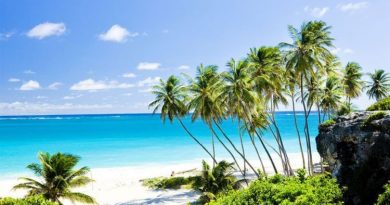 Holiday woe as Barbados could be axed from travel corridor list – where can you travel?

14 Ultimate Things to Do In Orlando (Besides Disney World)

'At some point, owners of a business deserve a return, too': Delta CEO defends stock buybacks despite $5 billion bailout