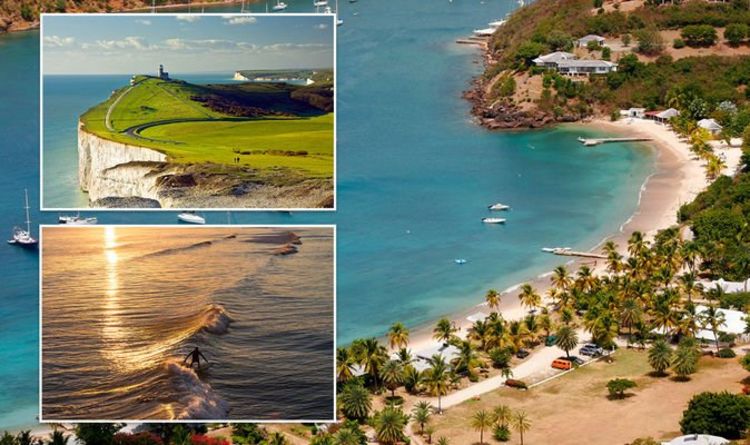 UK holidays are already in full swing and with international travel restrictions ongoing, many Britons may be looking to book something closer to home. Unfortunately, as is often the case with the great British summer unexpected weather can often ruin the experience.

However, there are some destinations across the nation that boast their own climate which can often be completely different to that of just a few miles away.

This natural phenomenon is called a microclimate.

A microclimate is a local set of atmospheric and weather conditions that differ from those in the surrounding areas.

This area can span anywhere from a few meters to miles.

Though a microclimate does not always mean weather will be hotter, with some microclimates resulting in wetter or chillier weather, in many cases it does have some promising results.

Below are five destinations in the UK known for having their own microclimate often boasting more sunshine and warmer temperatures throughout the year. 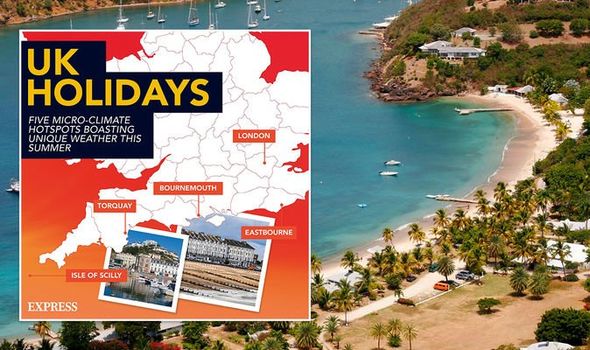 Cornwall has what is known as a subtropical microclimate, particularly on its south coast.

The Roseland Peninsula has the mildest climate in the entire county.

This makes the region the ideal place for subtropical flowers and palm trees to grown.

July and August are the hottest months in Cornwall with an average high temperature of 19 degrees celsius.

However, in the past, it has been known to reach highs of 31.9 degrees celsius in the summer months.

Around 2,546 hours of sunshine are counted over the entire year.

In a large metropolis like London, the city generates its own micro-climate, known as the Urban Heat Island effect.

The temperature is generated by surfaces, such as roads and buildings, which absorbs heat and redistributes it.

July and August are the hottest months in London with an average high temperature of approximately 23 degrees celsius.

London gets around 1,481 hours of sunshine each year.

Bournemouth is well known for its warmer weather in the summer months.

It is also a great summer destination due to having some of the warmest sea temperatures in the UK.

July and August are the hottest months in London with an average high temperature of approximately 22 degrees celsius.

On average, there are around 1,765 sunshine hours per year in Bournemouth. 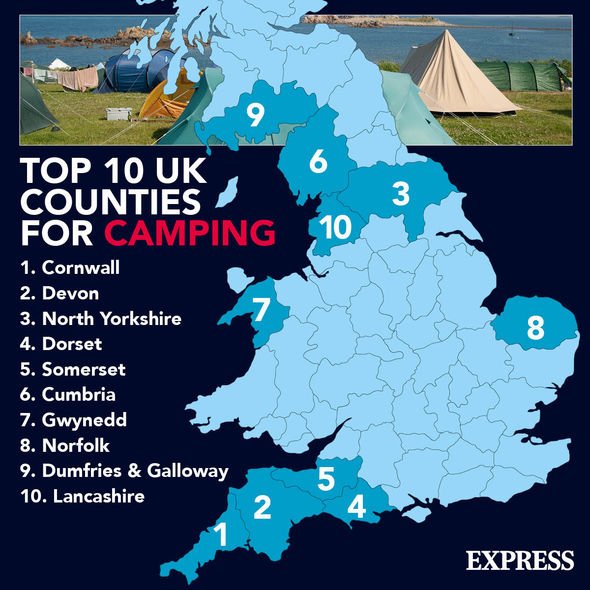 The seaside town in Devon is well known for its mild microclimate.

It receives the longest hours of sunlight per day in the southwest of the country.

July and August are the hottest months in London with an average high temperature of approximately 21 degrees celsius.

On average, the region enjoys 1,515 hours of glorious sunshine each year.

Eastbourne is home to a mild and sunny microclimate compared to the rest of England.

Sat on the coast of the English Channel, while it is generally pleasantly warm, it has been known to see soaring temperatures with the hottest day on record a scorching 31.6 degrees celsius.

August is the hottest month for Eastbourne, with an average high of 21 degrees celsius.

Eastbourne records around 1,890 hours of sunshine a year and is one of Great Britain’s sunniest cities. 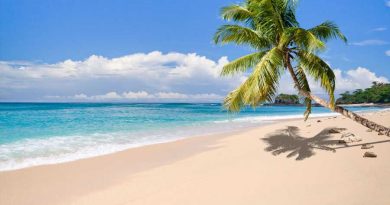 Canada, Countries Across Europe Halt Travel to the UK Due to New Strain of COVID-19