Home » Travel » UK nightclubs are set to open for the first time in over a year, some without any COVID-19 safety measures. Venues can't wait – but some fear a virus surge among young people. 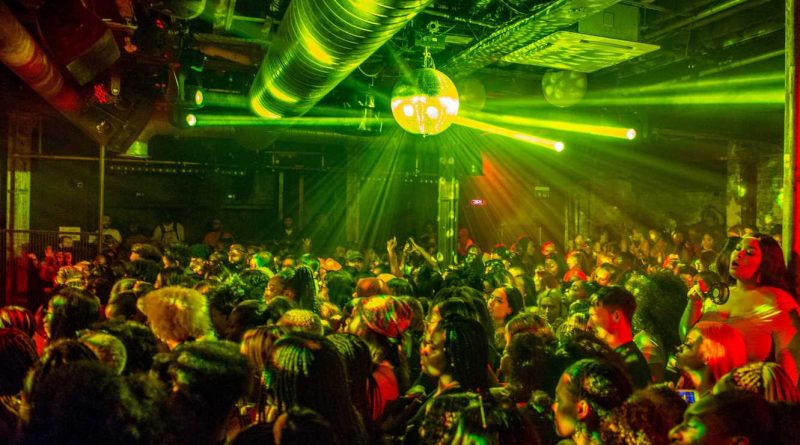 The government is planning to lift all legal limits on social contact on June 21 – but scientists warn that the return of nightlife “as normal” could lead to surging COVID-19 cases. Some nightlife operators told Insider they intended to reopen without COVID-19 safety measures.

This would be the first time clubs have been able to operate since March 2020.

Young people in the UK largely haven’t been vaccinated yet

Brits are able to visit late-night pubs, clubs, and bars from the age of 18. But most people in the country under 30 haven’t been vaccinated yet because the UK has largely prioritized vaccination based on age. Those in their 20s are expected to start getting invitations for their vaccines any day now.

“In fact, this is the age group where there might be the most risk in terms of ongoing viral infection and transmission, because they’re just not been vaccinated,” Dr. Julian Tang, a consultant virologist at Leicester Royal Infirmary and honorary associate professor at Leicester University, told Insider.

Tang noted that the number of daily new COVID-19 cases in the UK had leveled off – according to figures from the UK Government, the daily number of new confirmed cases has hovered around the 2,000 mark for the past four weeks – indicating “the virus is not going away.”

But last Wednesday, May 26, the UK reported more than 3,000 daily coronavirus cases for first time since early April.

“If anything, I think it’s pushing back and what’s happening is that the vaccine barrier that we’ve erected, and are still building on, is controlling the virus in those who were vaccinated,” he said. “The unvaccinated may actually still be a reservoir for the virus.”

When people go clubbing, they’re going into “a pool of essentially nonimmune people” without social distancing, he said.

“You’ll get a surge anyway with indoor dining opening up and increased household mixing anyway, but I think you may see a surge, perhaps isolated surges, among these nightclubbing populations,” Tang added.

Insider’s Hilary Brueck previously reported that bars were particularly dangerous for spreading COVID-19 because people might be less likely to pay attention to social-distancing protocols when they’ve had something to drink. Most bar workers didn’t have sick pay, making it harder to stay home if they got symptoms, and even people who don’t have any symptoms and feel well can still carry, and spread, the virus, Brueck reported.

Some venues are opening without safety measures in place

The hospitality industry is adamant it can reopen – and can do so safely.

“There is no real evidence that pubs and restaurants, with strict hygiene regimes and social-distancing measures, were spreading the virus,” Sharif Uddin, the owner of shisha bar and restaurant Dusk in Brentwood, Essex, said.

“Customers are probably safer here than in supermarkets or eating with friends and family at home,” he added.

Research suggests this is false.

A 2020 study in Scotland published in the Journal of Studies on Alcohol and Drugs showed that despite the efforts of bar operators and guidance from the UK government, potentially significant risks of COVID-19 transmission persisted in a substantial minority of observed bars, especially when customers were drunk.

Marks said that there had been talk of limits on capacity in the early days of nightlife reopening but that this “isn’t something that we want to encourage.”

Marks said proof of vaccination, as well as rapid tests, could be suitable for special events such as vacations or festivals, but was not worth the time or planning for “spontaneous” events like going to the pub, a nightclub, or a comedy club.

“There’s no difference between a pub and a nightclub at midnight, and so it’s daft to pretend that there is,” he said.

Sacha Lord, nighttime-economy advisor at Greater Manchester Combined Authority in the northwest of England, said that social-distancing measures made venues more expensive to operate because of the extra costs of limited capacity, table service, and more security.

Lord is also a cofounder of the Warehouse Project and Manchester’s Parklife festival. He said Parklife would open at its normal 80,000 capacity in September with no social distancing in place, though he said staff members would hand out sanitizer and many festivals would go cashless.

“You can’t run a festival or you can’t run a nightclub or a live-music gig with social distancing,” Lord said. “It’s just impossible. So we are gearing up to operate as normal.”

Tristan Moffat, an operations director at the Piano Works, a nonstop live-music venue with two locations in London, said both sites would be opening as usual – but would use Twitter for music requests rather than written slips and would have a separate space for customers who want to be distanced from others.

“My biggest concern is the potential for conflict at our front door and the staff having to take abuse and harassment,” he said, adding that it could be “human whack-a-mole.”

The pandemic has devastated the hospitality industry, especially late-night venues

“We have had an extremely testing year, and it will be a huge relief to get back to normality,” Nikolas Opacic, the owner of Seven 54, a restaurant and bar in Manchester, told Insider.

“As a neighbourhood operator we’ve particularly missed our regular customers who often dine with us on a daily basis,” Opacic said. “They have become a big part of our day to day lives, and we can’t wait to make up for lost time.”

The UK has had various waves of local and national restrictions, though these can largely be boiled down to two main national lockdowns, one last spring and one in the winter, during which indoor and outdoor hospitality – including restaurants, cinemas, and nightlife – were off limits.

In the time between the two lockdowns, venues could reopen, though there were certain limits in place, including a curfew. Clubs weren’t able to operate as usual but could stay open if they turned themselves into bars or restaurants. Bars, pubs, and restaurants on April 12 were allowed to reopen for outdoor service, with indoor seating returning May 17.

Hospitality sales from April 2020 to March of this year dropped by £80.8 billion ($114 billion) – or nearly two-thirds – year-over-year, according to the research firm CGA.

Marks said that, alongside events and travel, the hospitality sector was the worst affected sector during the pandemic and that within that late-night venues had been hardest hit.

“We’ve been shut for 15 months,” he said. “That causes no end of grief with people that work with us, our partners, our suppliers.”

The Piano Works, the live-music venue with two locations in London, told Insider it had been able to open for only two days over the past 14 months.

Opacic said that, as a family business, Seven 54 had struggled financially during the lockdowns but that government support such as the Eat Out to Help Out program – in which the government funded half-price restaurant meals in August – and furlough enabled the company to stay afloat.

“I feel like the government has tried their best to keep the industry in survival mode,” he said.

But Marks said the level of government support businesses received during lockdown depended on their size.

“The smaller operators have actually been proportionately helped more than the larger operators,” he said, adding that Rekom “went bust” in 2020.

“If they’d been supportive,” he said, “we wouldn’t have gone bust.”

The lockdowns had major staffing implications for the companies that Insider spoke with, too.

Staff have been able to recover wages through the UK government’s furlough program, but many in the industry believe this wasn’t enough, and UKHospitality said about 660,000 hospitality workers lost their jobs during the pandemic.

Lord said freelancers who make their money organizing festivals were at a “breaking point,” while staffs at bars, pubs, and restaurants had lost tip income.

Venues are expecting bars and clubs to be full

Marks said there would be “huge pent-up demand” when clubs and late-night bars reopened at full capacity, adding that Rekom was preselling events online and there was “loads and loads of interest.”

He added that there would be a surge in nightlife in September when students started at university.

Marks sits on the board of the trade body UKHospitality. He said its surveys found that pubs that reopened outdoors in April “have outperformed nearly everybody’s expectations” despite the cold weather.

Spending in pubs and restaurants soared by 215% week-on-week after outdoor dining reopened, according to data from Cardlytics and Curve.

Lord said he expected city centers to take longer to recover because fewer people working in offices would mean fewer people gathering for drinks after work, because some people remained hesitant to take public transport, and because fewer tourists might visit. He said that instead, suburbs would “thrive.”

Lord said Parklife usually took about three months to sell out but did so this year in 78 minutes.

Moffatt said the Piano Works was nearly fully booked from May 17, when venues were allowed to open indoors at limited capacity. He said its two music venues were looking at different ways to lure customers back in, including doubling prepaid bar tabs.

Uddin, in contrast, said demand for nightlife was “mixed.”

“Many regulars are desperate to come back and socialize again,” he said. “Others appear to be nervous until after they can have their second vaccination.”

Deal alert: Xanterra offering up to 40% off on your bucket list national park trip