UNDERWATER art is springing up at popular tourist spots around the world. The eerie sight of sealife-clad human forms draws divers and snorklers to look at their world in a different light.

But a popular honeymoon resort in the Maldives won’t have a bar of it.

They say they took the drastic action after complaints by religious leaders.

Islam is the official religion of the scattering of coral islands deep in the Indian Ocean.

Outgoing president Abdulla Yameen ordered the removal and destruction of the sculptures, declaring them to be “idols” which are banned by the religion. He insisted there was “significant public sentiment” against the artwork, making him decide to demolish the structure.

Hardline Islam rejects any man-made depiction of the human form. But that’s been increasingly hard to enforce in the modern world.

British artist Jason DeCaires Taylor insists his statues had no religious meaning whatsoever. Instead, they sought to capture the simplicity of the human form and behaviour.

A pickaxe is taken to one of Jason DeCaires Taylor’s artworks. Picture: Maldives policeSource:Supplied

“I was extremely shocked and heartbroken to learn that my sculptures have been destroyed by the Maldivian authorities at the Coralarium, despite continued consultations and dialogue,” he told The Guardian. “The Coralarium was conceived to connect humans to the environment and a nurturing space for marine life to thrive.

Known as The Coralarium, the statues were fixed on a tidal reef within swimming distance of the hotel.

It was intended to serve the dual purpose of tourist attraction and refuge for sea life. An illumination system lit it up at night to create both an otherworldly experience, and highlight the thriving underwater environment.

Now local police have posted pictures to social media of themselves using pickaxes and power tools to remove the statues. 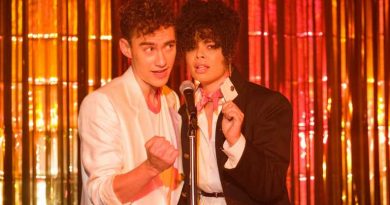 Swap Venice, Bali and Barcelona for the ‘undertouristed’ destinations of 2019