Less is more? United Airlines cuts its boarding gate queues from five to two, claiming it’ll lead to ‘less time waiting in line’ (but not everyone is happy…)

United Airlines has cut the number of lines at its boarding gates from five to two, claiming it will help to speed up the process.

The US-based carrier is rolling out the new boarding procedure at airports around the world, saying it will lead to passengers spending ‘less time waiting in line’.

But frequent flyers with the airline have hit out at the new plan, saying it’s the amount of hand luggage people are taking on board that is slowing down boarding. United Airlines has cut the number of lines at its boarding gates from five to two claiming it will help to speed up the embarkation process. Pictured are the new signs that passengers will see at airports

The new process starts today at airports and United claims reducing the boarding lanes will give customers ‘added space, more time to relax and less time spent waiting in line’.

This is because passengers won’t be asked to present themselves at the gate until their boarding group – numbered one to five – has been called.

Travellers using the airline’s app will receive a notification telling them when it is their turn to board and in future this will be expanded to text messages.

United says it tested a variety of boarding concepts last year and invited feedback from both customers and staff. 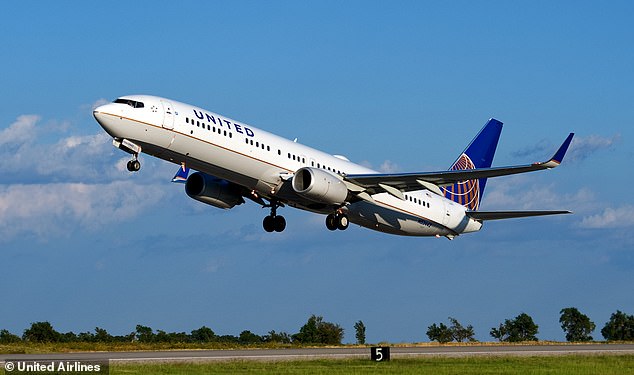 Sarah Murphy, vice president of global operations strategy, planning and design at United said: ‘The boarding process was one of the top areas customers told us they wanted improved.

‘We listened to customers and employees as we tested a variety of processes on thousands of flights until we found a better boarding process that results in less time spent waiting in lines, improved communication and a better way to recognise our Premier customers while balancing out the number of passengers in each boarding group.’

But some passengers who frequently use the airline took to Twitter to say that the new process wouldn’t help with boarding as it is large-sized hand luggage that holds up lines. 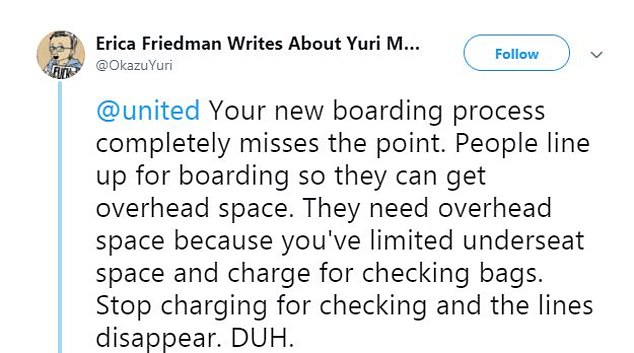 One, ‘Southridge10’, wrote: ‘Here’s an idea. Quit charging so much for luggage so people will quit taking up so much time stuffing carry-ons in the overheads. It’s pathetic to watch the parade of people come on the plane knowing there is inadequate space for their luggage!’

While Dee Pee added: ‘You need to enforce carry-on luggage sizes and reserve overhead bin space per seat. That’s why the stress of boarding occurs. I’d happily give up my Group 1 status and board last if I knew that there was reserved space in an overhead bin.’

And ‘OkazuYuri’ said: ‘Your new boarding process completely misses the point. People line up for boarding so they can get overhead space. They need overhead space because you’ve limited underseat space and charge for checking bags. Stop charging for checking and the lines disappear. DUH.’

While others suggested boarding those sitting at the back first would make more sense.

Rob McIvor tweeted: ‘Better boarding would fill the seats from the rear so that jams don’t build up in the aisles while those in the front and middle faff around with their hand baggage.’

Jennifer Attock added: ‘How is this going to stop the lines? It will be an unwieldy long line with pushing trying to board at your right number. Boarding from the back forward makes the most sense.’

And Brook wrote: ‘The real problem is folks who crowd around the gate before their boarding group is called.’ 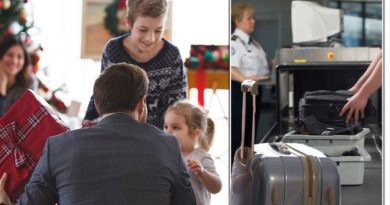 The Christmas staple banned from your hand luggage – but can you get around it?

Hate lines at the airport? Pay to make them go away

How airports are recovering from the COVID-19 slump