China, the United States and India are the world’s top three tourism powerhouses, generating more tourism industry growth over the past seven years than nearly 200 other countries.

The achievement of the three countries was identified in a new Travel & Tourism Power Performance Report report issued by the World Travel & Tourism Council just ahead of the annual World Tourism Day celebrations.

The report’s ranking is based on growth over the past seven years in four areas: tourism’s contribution to a country’s GDP, international visitor spend in that country, domestic tourism spend and capital investment.

“World Tourism Day is the global celebration of a sector that contributes 10.4 percent of the world’s GDP and generates 313 million jobs,” WTTC President and CEO Gloria Guevara said in a statement. “WTTC’s new report outlines power and performance rankings, which showcase countries that have been most successful in growing their tourism sectors across the board.”

The new report ranks the performance of a total of 185 countries over the last seven-year period.

The inclusion of domestic spend and investment in the report’s metrics this year allows for a more rounded measure of performance and prioritization than the usual measures of GDP contribution and international spend, the WTTC said.

The new report includes two distinct rankings. The “Power” ranking focuses on countries whose travel and tourism has grown most in absolute terms over the past seven years. The top ten countries on this list are: China; USA; India; Mexico; United Kingdom; Spain; Turkey; Canada; and Indonesia. Australia and the United Arab Emirates tied for the tenth slot.

Meanwhile, the new report’s “Performance” ranking looks at those countries whose travel and tourism has grown most quickly in percentage terms over the past seven years. The countries on this particular list are maximizing the opportunity of tourism to drive economic development, according to WTTC. The top ten countries on the Performance ranking are: Myanmar; Iraq; Georgia; Rwanda; Iceland; Nicaragua; Qatar; Congo; Armenia and Ivory Coast.

“Notably, G20 countries dominate the league, representing 12 of the top 20 countries, displaying once again the importance of travel and tourism both to mature markets and the global economy,” added Guevara. “Then, the emergence of up-and-coming countries highlights the central role that tourism can play within developing economies.”

For its part, the WTTC advocates that such growth be driven by strong travel facilitation policies, sustainable and proactive planning, and robust infrastructures that can withstand crises, said Guevara.

The organization believes that under such management, travel and tourism can thrive, as it is in Indonesia where radical visa reform has been matched by a rapid growth in international tourist arrivals in the last seven years.

An Under-the-Radar Tour of the Willamette Valley 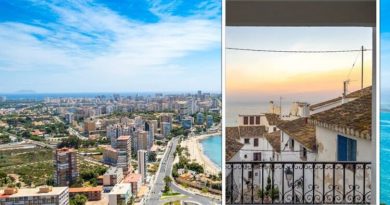