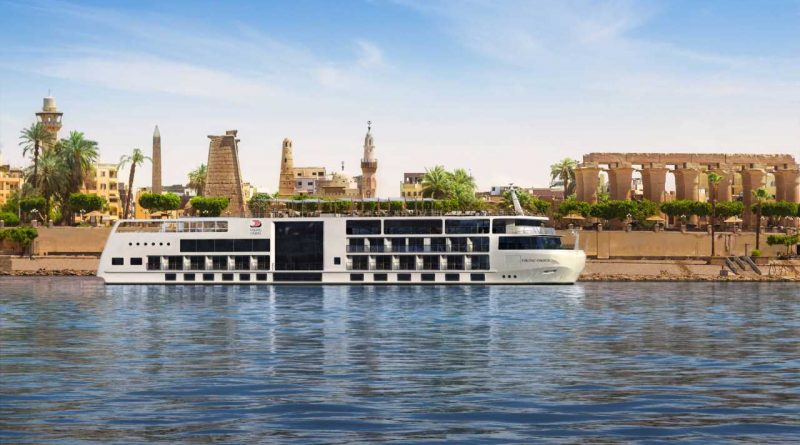 Fast-growing Viking on Tuesday did something we haven’t seen a cruise line do in many months: It announced plans to add a new, built-from-the-ground-up cruise ship to its fleet.

The California-based cruise operator said it had ordered a new river vessel to operate on the Nile in Egypt that would debut in September of 2022.

To be called Viking Aton, the new vessel will measure just 3,600 tons and hold only 82 passengers. It’s designed to sail to such iconic Egyptian sites as the Temple of Luxor and the Valley of the Kings.

The announcement of the new ship is notable at a time when most cruise lines have put ship orders on hold and are actively cutting back their fleets by selling and scrapping vessels.

“Egypt remains a top destination for many of our guests who are inspired to discover the rich history and beauty of the region,” Viking chairman Torstein Hagen said Tuesday in a statement accompanying the announcement. “The addition of Viking Aton is a reflection of our continued investment in Egypt; we look forward to introducing the country’s cultural treasures to even more Viking guests in the future.”

Viking already has built two ships for the Nile. There’s the 48-passenger Viking Ra that debuted in 2018 and the 82-passenger Viking Osiris, which had been scheduled to debut last year, but its unveiling was delayed due to the coronavirus pandemic. It’s now scheduled to begin operating in December.

Viking Aton will be a sister ship to Viking Osiris.

Like Viking Osiris, Viking Aton will boast a clean-lined Scandinavian design — a Viking hallmark. Every cabin will be outward-facing with river views, and the ship will feature spacious suites that have two full-size rooms and balconies.

Gallery: These cruise ships are set to debut in 2021 (USA TODAY)

Five passenger decks on Viking Aton will include a pool-and-sun deck and three cabin decks. Interior areas will include a lounge with floor-to-ceiling glass doors and a version of the Aquavit Terrace space found on many Viking ships that offers al fresco dining.

Viking is, notably, the only Western cruise company that has been building its own cruise ships for the Nile that it also owns and operates. Many other brands charter vessels for use on the Nile.

Viking Aton will be used to increase departures of Viking’s 12-day Pharaohs and Pyramids cruise tour itinerary, which includes a three-night stay at a hotel in Cairo and a seven-night cruise on the Nile.

The Cairo-based portion of the itinerary includes visits to such iconic sites as the Great Pyramids of Giza, the necropolis of Sakkara and the Mosque of Muhammad Ali. The cruise portion of the itinerary includes visits to multiple temple and tomb sites including the Temples of Luxor and Karnak, the Valley of the Queens, the Valley of the Kings and the temples at Abu Simbel.

Viking’s announcement came just a day after another cruise line, Azamara, announced it would add a vessel to its fleet over the next year, expanding its passenger capacity by 33%. But Azamara isn’t ordering a newbuild vessel (as new ships on order are known in the cruise industry). It’s an existing ship the line is purchasing from Princess Cruises.

Many cruise lines have vessels on order that are scheduled to debut over the next couple of years. But all of the newbuilds were announced before the coronavirus pandemic caused cruising to shut down.

All of the world’s major cruise lines halted departures in March 2020, and most major lines remain completely shut down for now. This prompted many lines to pause new ship orders, and some lines also are downsizing their fleets significantly.

Cruise giant Carnival, for instance, has shed four of the 27 vessels it was operating before the pandemic began. Holland America has removed four of 14 ships from its fleet.

Other lines that have cut their fleet sizes in recent months including Royal Caribbean, Costa Cruises, P&O Cruises and Princess Cruises.

Featured image of courtesy of Viking.

What You Need to Know Before Flying During the Pandemic