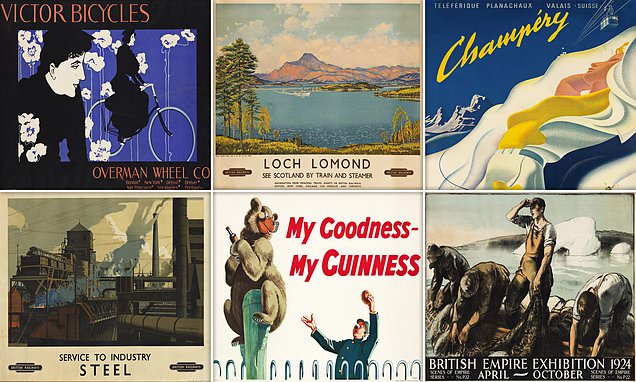 The colourful posters, spanning the 1890s through to the 1950s, promote the halcyon days of European winter holidays.

There are also examples that celebrate the jewels in the crown of British tourism, including scenic Loch Lomond. Other posters promote the British steel industry in the late 1940s, the British Empire exhibition in 1924 and seeing Britain by rail in the 1940s.

The posters, which have been consigned by different collectors, will go under the hammer with Swann Galleries, of New York.

A Swann Galleries spokesperson said: ‘Boasting more than 400 lots, our auction will offer graphic gems from across the centuries and around the globe. The sale will feature a plethora of enticing travel advertisements, including a highly anticipated selection of winter and ski imagery.’

The sale takes place on February 24. Scroll down to see some of the spectacular posters that are up for grabs… 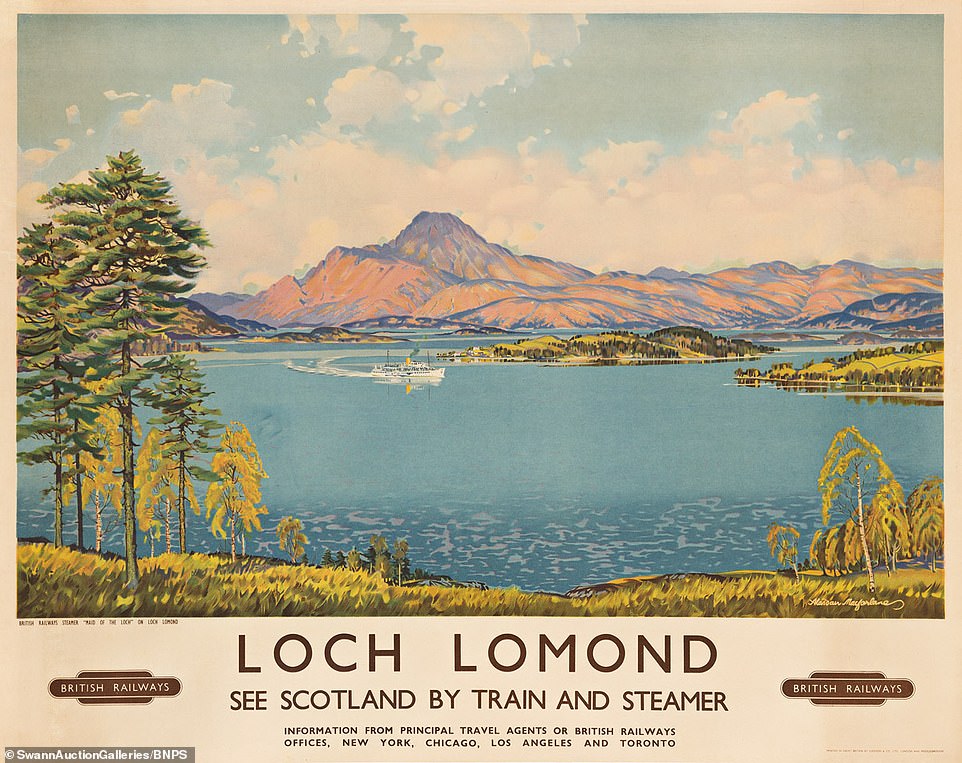 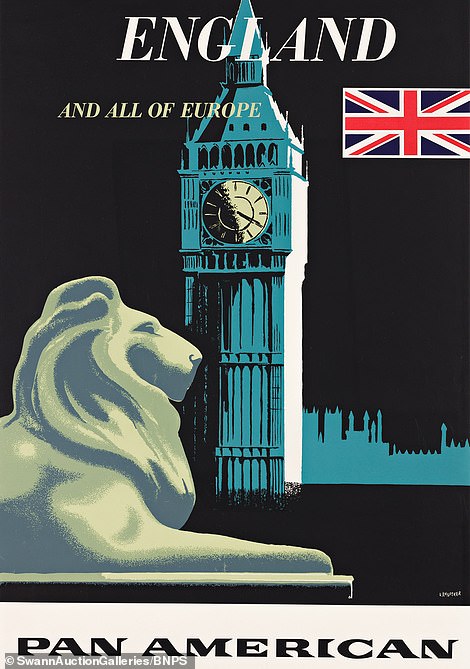 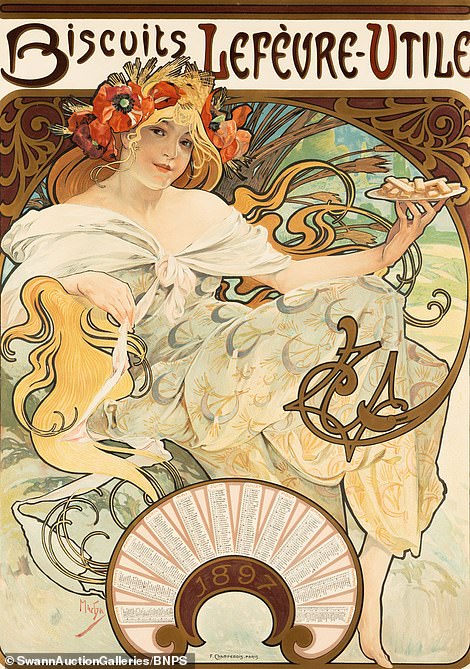 On the left is a Pan Am advert from the 1950s. The 1897 Biscuits Lefevre poster on the right, showing a girl in a dress made out of sickles and wheat, was designed to show the origin of their snacks 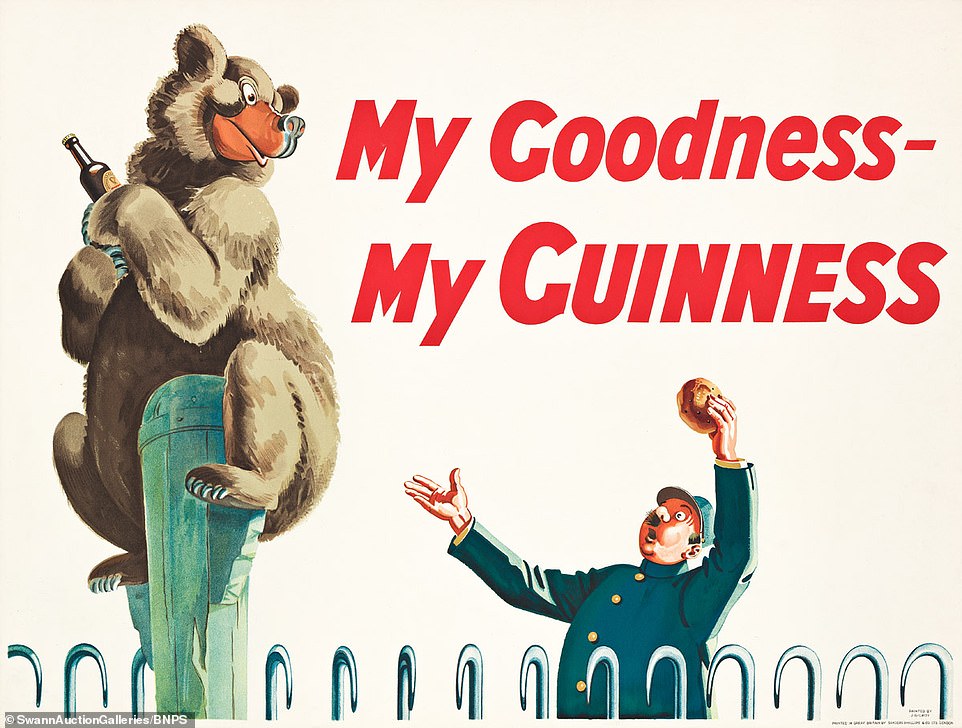 The sale features an amusing 1956 Guinness poster (pictured) showing a bear perched on a lamppost holding a bottle pinched from an unsuspecting member of the public with the words ‘my Goodness, my Guinness’ 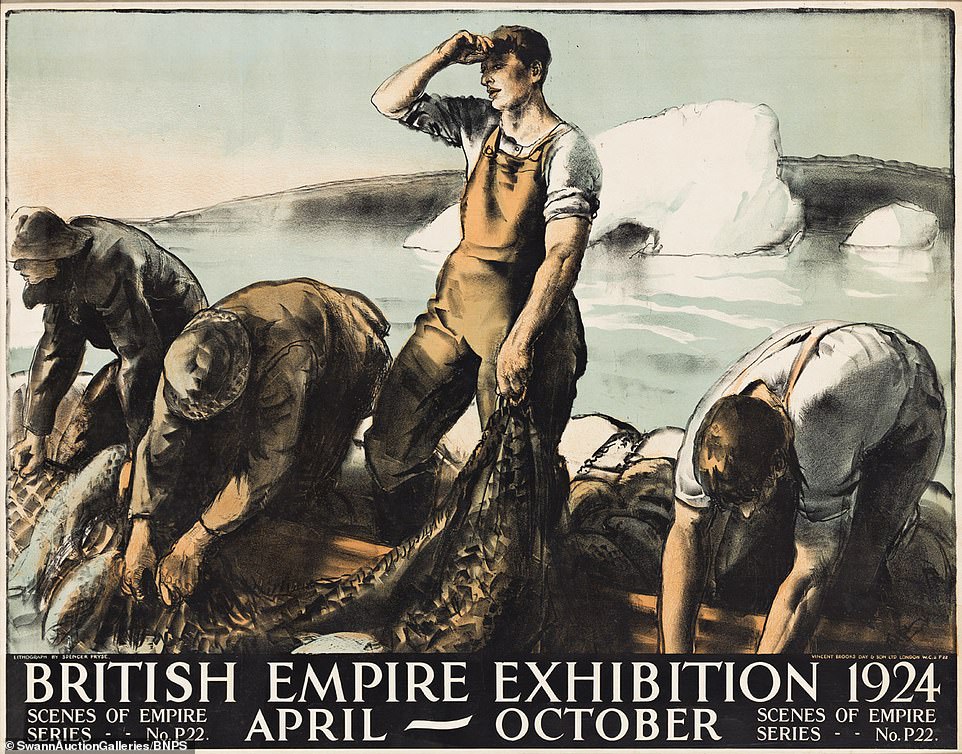 The above poster, illustrated by Gerald Spencer Pryse, was commissioned for the British Empire Exhibition in 1924 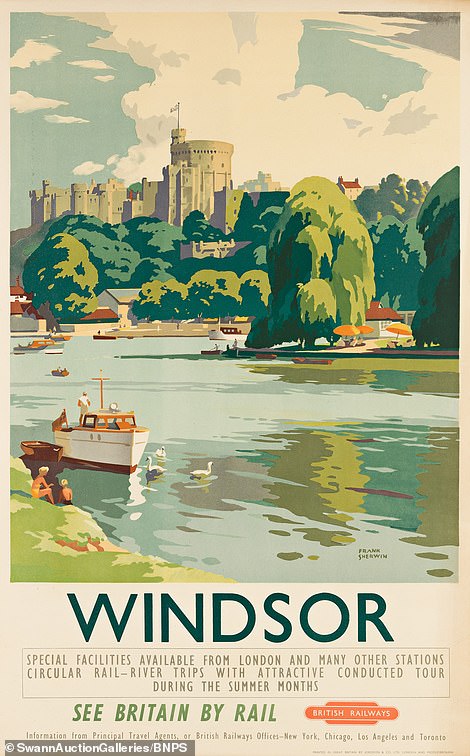 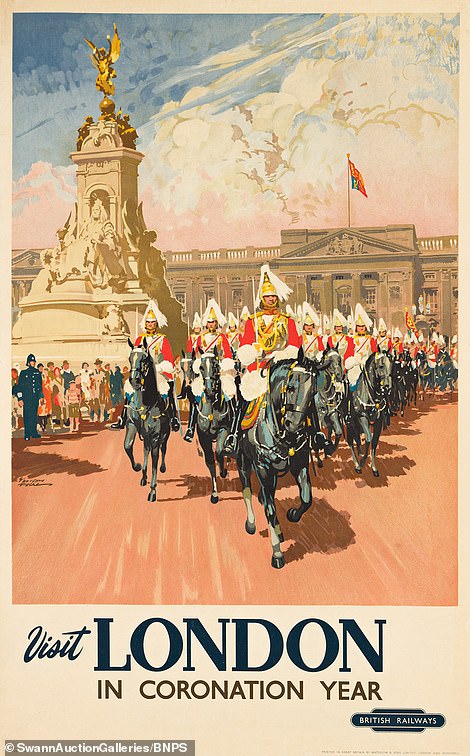 The 1940s British Railways advertisement on the left urges travellers to explore Windsor by rail. On the right is a 1953 poster encouraging people to come to London during Queen Elizabeth II’s coronation year. It shows members of the Queen’s Horse Guard riding down the Mall past Buckingham Palace 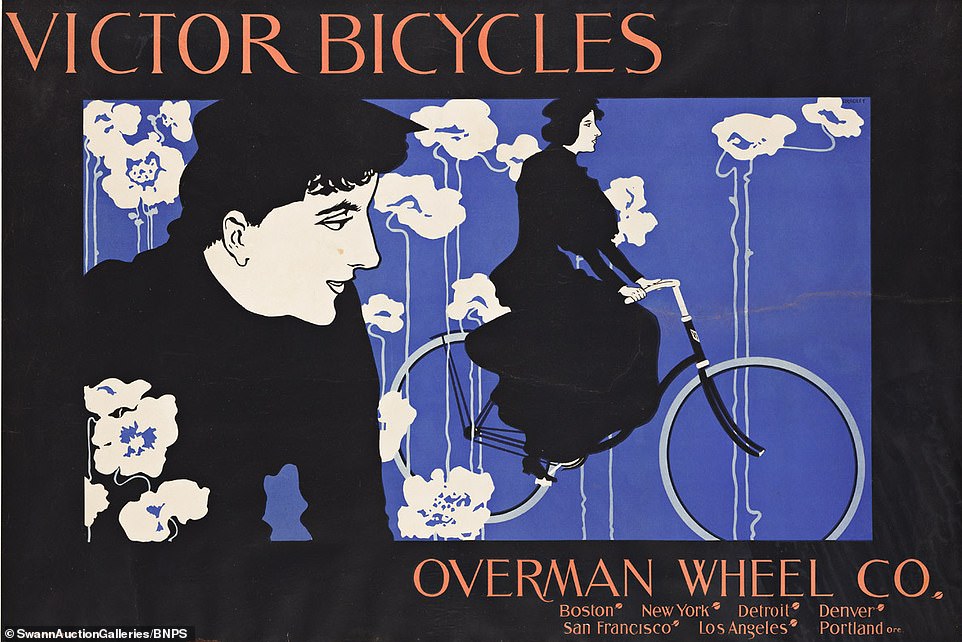 The poster for Victor Bicycles (pictured), of Boston, US, portrays a woman in a black dress on a bike

Pictured on the left is an Art Nouveau poster by Alphonse Mucha for the French stage actress Sarah Bernhardt, advertising her ‘World’s Tour’ in the 1910s. On the right is a second poster of the actress by Mucha, dating back to circa 1914 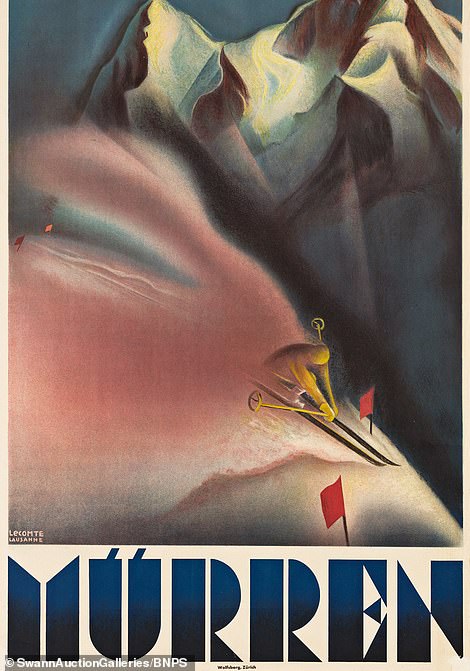 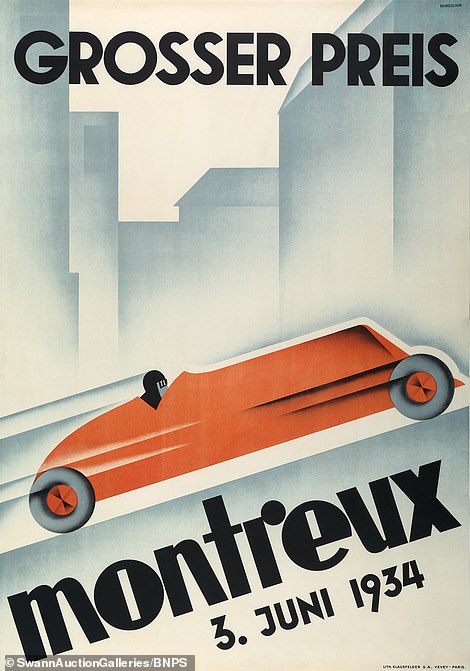 On the left, a Swiss ski poster by Andre Lecomte from 1931 advertises the resort of Murren. The Art Deco poster on the right, inviting tourists to visit the Swiss resort town of Montreux, dates back to 1934 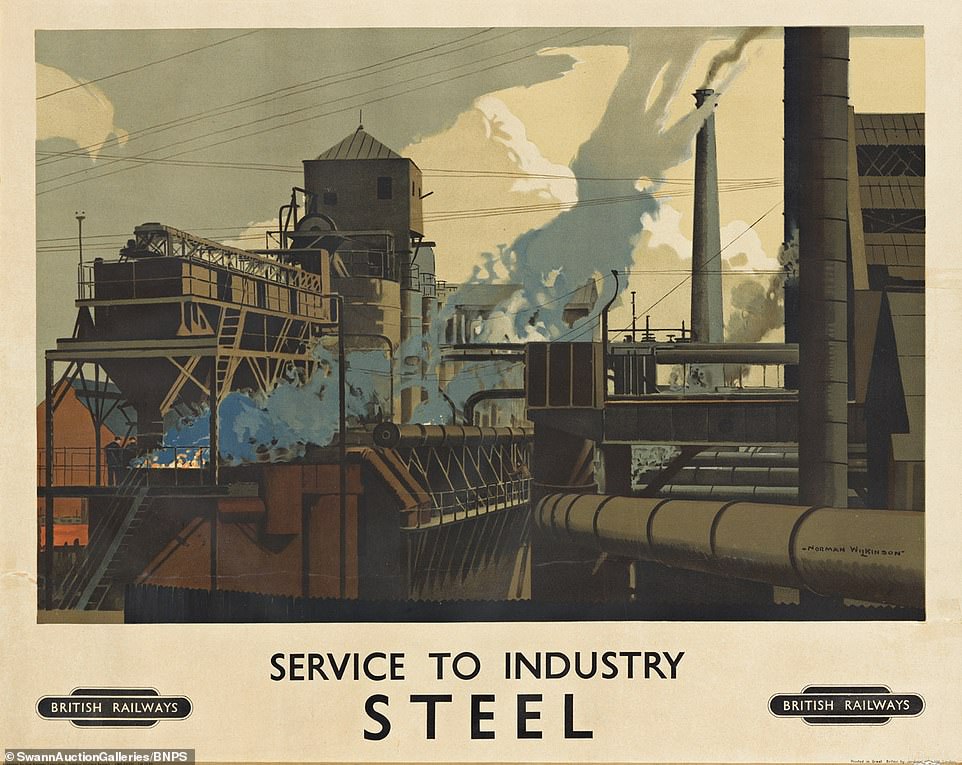 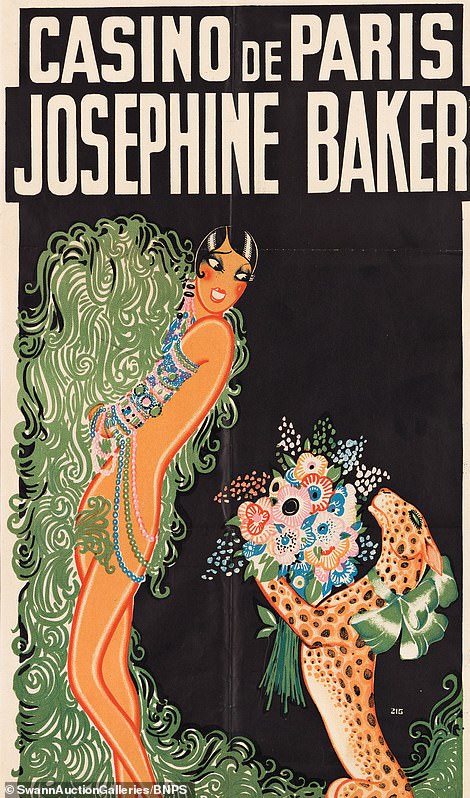 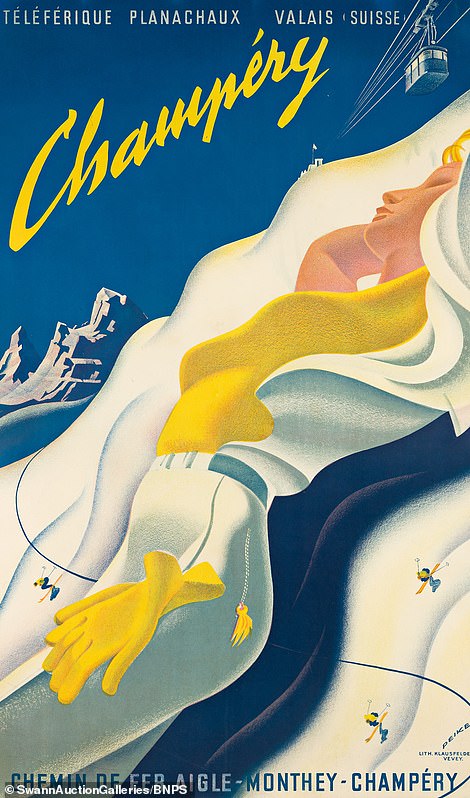 Pictured on the left is a Casino de Paris poster that dates back to 1930, featuring the entertainer Josephine Baker. A 1955 poster by Martin Peikert promoting the Swiss ski resort of Champery, pictured on the right, depicting a glamorous blonde woman lying in the snow, is tipped to go for $9,530 (£7,000) 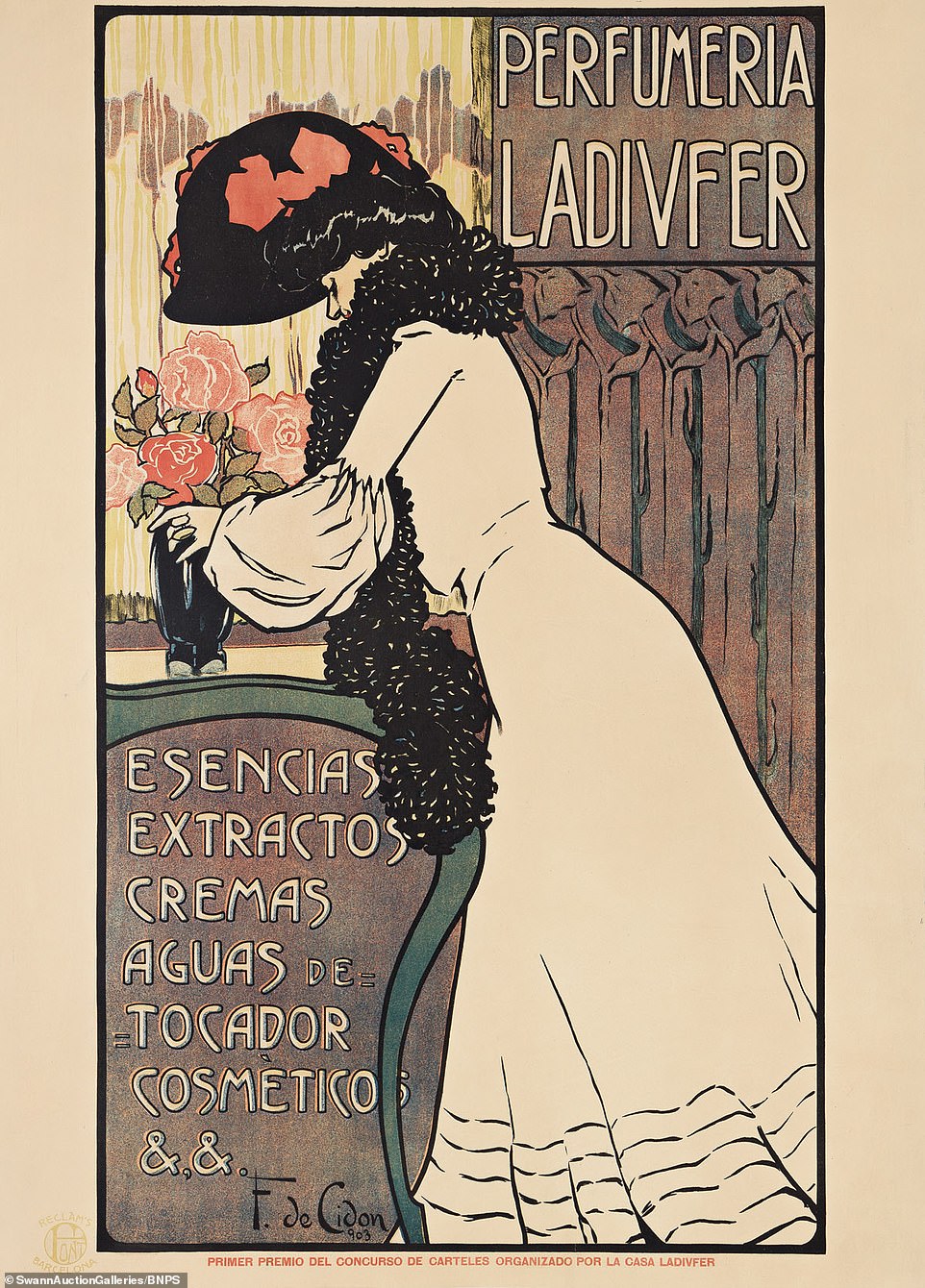 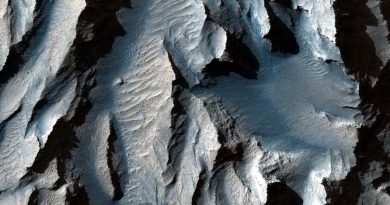 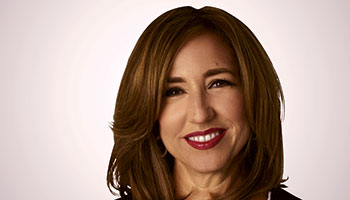 Christine Duffy on her role at U.S. Travel, where crisis has brought change