WA Premier Mark McGowan says the Morrison government has “some explaining to do” for briefly backing billionaire Clive Palmer’s failed attempt to bring down the state’s hard border.

The High Court ruled on Friday that WA’s border closure did not breach section 92 of the constitution, which Mr McGowan described as a significant victory.

“The borders have proved to be essential,” he told reporters.

“We put the borders in place for the right reasons — to protect the health of the people of this state and therefore ensure that our state could continue to function.

“We were always confident of our position, and for the last eight months we have fought tooth and nail, day and night, to protect the state.”

But the Premier said he was “very disappointed” in the Liberal Party at a federal and state level.

“They backed Clive Palmer in this action,” he said.

“They have some explaining to do.

“Why did they back Mr Palmer? They know what he is, everyone knows what he is.

“I know he spends countless millions getting them elected but that doesn't mean they should support him … they should have stood up to him — state and federal.

“The High Court has shown Mr Palmer was wrong.”

“You might recall that Mr Porter originally came out and said the commonwealth were only intervening to assist the court in the interpretation of the constitution,” Mr Quigley said.

“I wasn’t going to let that nonsense stand when sitting on my desk was a document which said, ‘I Christian Porter intervene in support of Clive Palmer.’

“It was when I caused that document to be published that they found the side door of the court and bolted out through it, never to be seen again.”

Mr McGowan also thanked all states and territories, except NSW, for their support.

“They understood the value of borders. The irony, of course, is NSW has put a border in place with Victoria, yet they claim they don’t support borders, so their position is very convoluted and difficult to understand,” he said.

“Can I thank all of the other states … with the exception of NSW.”

The Premier said the cost of the court challenge was hundreds of thousands of dollars but noted the mining magnate had brought several other legal actions against WA, which would cost millions of dollars.

“This is a comprehensive drubbing for Clive Palmer,” Mr McGowan said.

“Mr Palmer is only interested in himself. We’ve had to fight Mr Palmer on this and other issues every single step of the way.

“Mr Palmer wants to cost us millions, in fact billions of dollars.

“His selfishness and his greed is there for all to see. His conduct in this matter has been shocking.”

This is a significant victory.

I will always fight to protect the health of Western Australians.

Mr Quigley said the Queensland businessman was either ignorant of the law or disrespected it, adding he had been “exposed”.

The Premier said when the hard border went up in late March it was controversial.

“They were dramatic times and we had to move extremely quickly. We got legal advice,” he said.

WA will this month move to a “controlled interstate border”, which means people from Victoria and NSW will have to quarantine for two weeks but people from other jurisdictions will be able to travel more freely.

Mr McGowan said WA would keep its border controls in place for the foreseeable future, but also noted Australia was one of the few countries that had “crushed” COVID-19.

Mr Palmer and the WA Liberal Party are being sought for comment.

THESE are the best golf courses in Northern Ireland 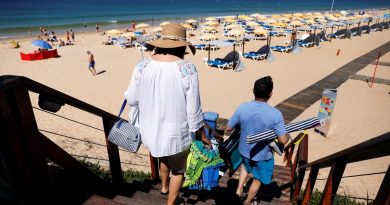 This Is Officially the World's Most Touristy City