Flights ensure travellers don’t pack certain items in their hand luggage – and these rules exist for a reason. The TSA has highlighted exactly why the restrictions are in place as some articles could be highly dangerous on board. A video shared on Instagram captured the moment hand luggage began smoking as passengers filed through airport security in the USA. Clouds of smoke from the burning luggage begin billowing out as a passenger picked up their bag from the conveyor belt.

Panic visibly sets in as everyone nearby is shocked but unsure what to do.

Thankfully one of the security officers take control of the situation and calmly walks over to the smoking article and picks it up.

Footage shows him dashing through Savannah/Hilton Head International Airport in Georgia with the burning hand luggage.

A vape was found to be responsible for the fire – proving why they are banned from hold luggage.

TSA captioned the video: “Holy smokes! Darrell Wade, a Lead Transportation Security Officer and former military policeman, says he wasn’t thinking of himself when he saw the smoking bag.

“He just wanted to make sure everyone in the checkpoint was safe. We’re not blowing smoke when we say this was a commendable action!” 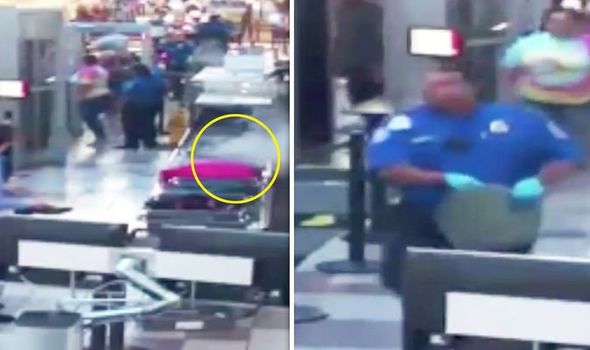 They added: “The bag went up in smoke as result of a malfunctioning vape battery.

“This is the exact reason why vaping devices are not permitted in checked baggage. If they catch fire, they need to be accessible so they can be extinguished.”

According to the USA’s Federal Aviation Administration (FAA): “These devices are prohibited in checked baggage and may only be carried in the aircraft cabin (in carry-on baggage or on your person).

“They may not be used or charged on the aircraft. When a carry-on bag is checked at the gate or planeside, all electronic cigarette and vaping devices, along with any spare lithium batteries, must be removed from the bag and kept with the passenger in the aircraft cabin.”

Fire in the pressurised hold could cause a lot of damage to the plane, as opposed to the cabin where the flight crew can deal with the issue.

Due to the flammable electrolyte inside that allows portable battery chargers, power banks or spare lithium batteries over certain wattage to be recharged, they can quickly ignite if packed tightly or subject to certain temperatures. 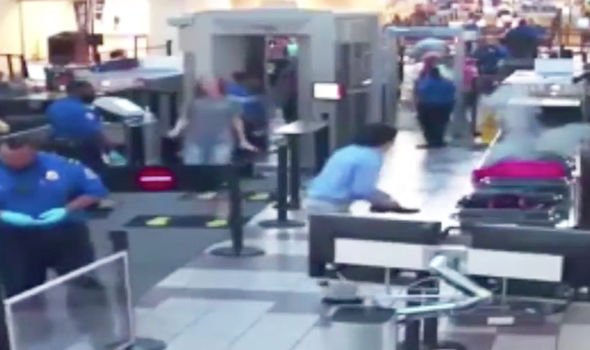 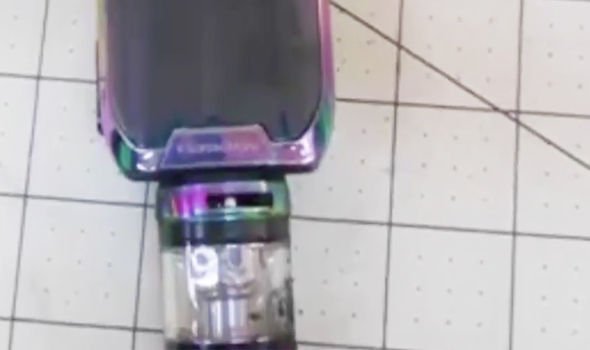 Hand luggage rules: What is allowed onboard an aeroplane? 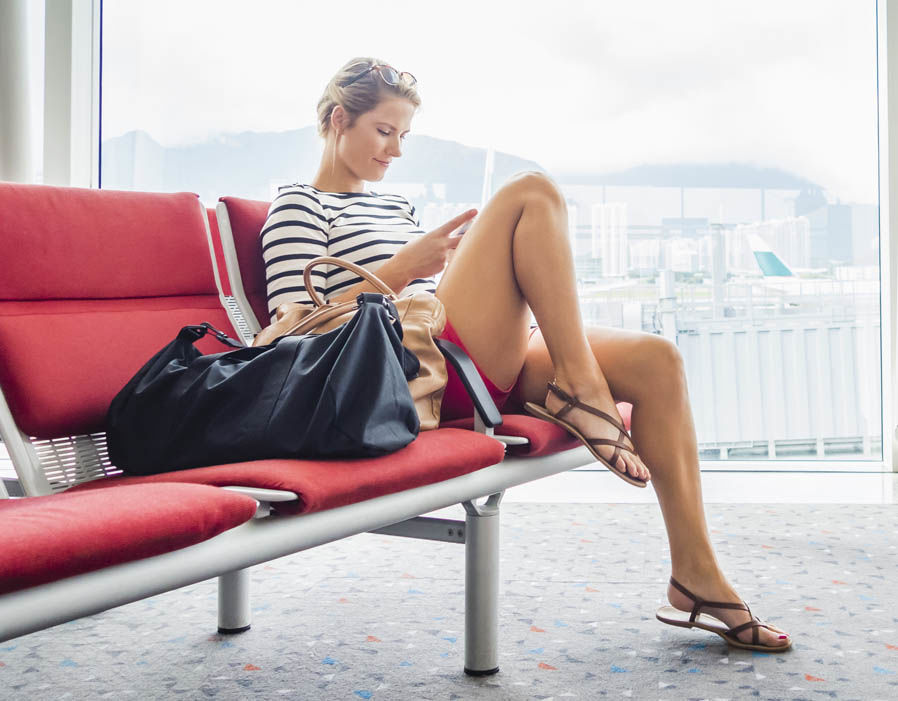 Hand luggage rules: What is and isn’t allowed onboard

Last year, research revealed that electronic devices that overheat in a plane’s hold and catch fire could lead to the entire aircraft being consumed by flames.

A single personal electronic device which overheats in checked luggage is cabbage of overpowering a plane’s fire suppression system.

This could lead to an uncontrollable fire on board a plane, research by the U.S. Federal Aviation Administration has found.

Regulators previously thought that the flame-retardant gas in passenger airliner cargo holds would extinguish any fire from single lithium batteries.

But tests proved that suppression systems can’t put out a battery fire that combines with other highly flammable material, such as the gas in an aerosol can, reported Bloomberg.

The spreading of a fire in this way would compromise the aircraft, and lead to the whole plane being set alight.

To Save Money on Winter Travel, Do This

Brazil’s Wildfires Are Worse in 2020. Here’s What Travelers Need to Know