A shocking viral video captured a naked man queuing for a Ural Airlines flight at Domodedovo Airport in Moscow, Russia. The alarming footage shows the 38-year-old passenger, without a stitch of clothing on, standing in the line for the plane. Other fliers stand around him but the majority appear to somewhat unfazed by the nudity on display. A child can be seen nearby but the adults don’t seem to be making an effort to avert her gaze.

One female flier comes up behind the man but then looks very unsure as she takes in his shocking state of undress.

She looked around awkwardly and seems to be keeping her distance from the naked man.

The Moscow Times reported that police later gave chase to the exposed passenger and pursued him on to the air bridge.

Further footage shows the man – still naked – handcuffed on the floor as police stand around him.

A witness told Russian television channel REN TV: “He shouted that he was naked because clothing impairs the aerodynamics of the body. He flies with more agility when undressed.”

Other passengers who were at the scene added he seemed both sober and lucid. 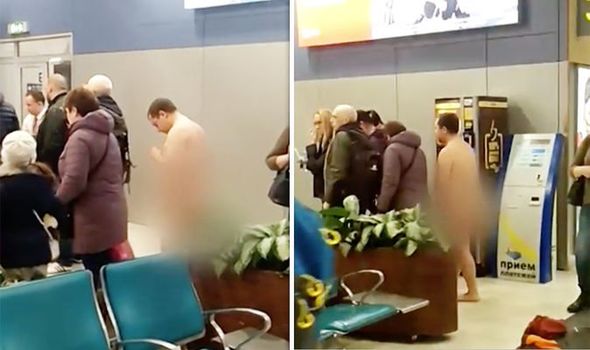 In the video, he appears to sit quite calmly on the floor, next to airport officials.

He sticks his legs out in front of him before leaning back against a partition, further exposing his nudity, before the clip ends.

A statement issued by the Presse Service of the Interior Ministry said the man “was taken to the airport’s medical room and then was hospitalized in a medical facility.

“The offender is a native of Yakutsk but lives in the Moscow region.”

The Russian man is not the only person who prefers to remove clothes for a flight. 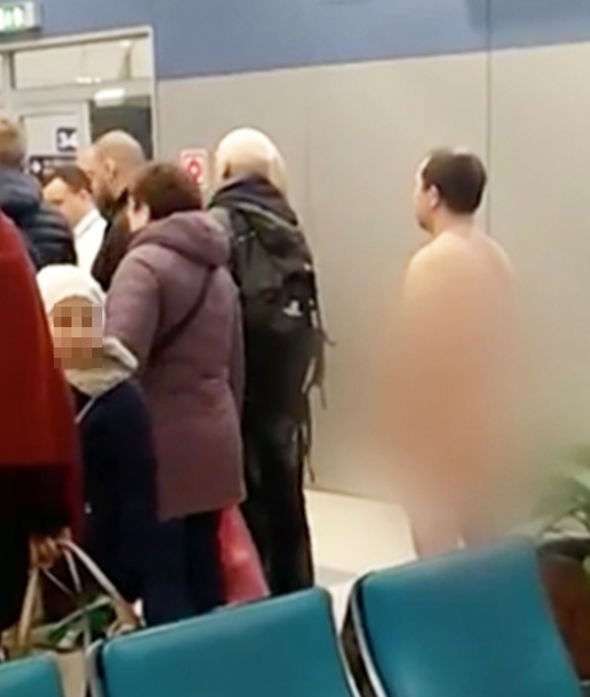 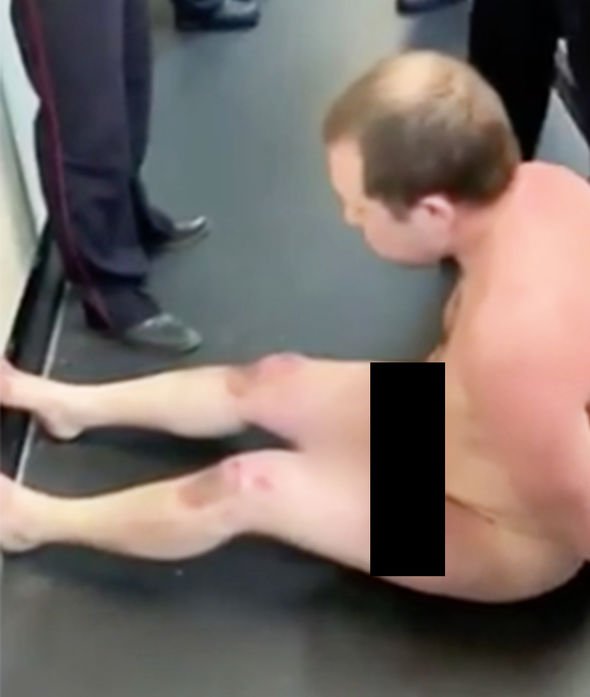 An Air France passenger took to Twitter to share her experience of sitting next to a man who took his trousers off during a transatlantic flight.

An image shows the man standing in the plane aisle in just his boxer shorts and a T-shirt.

Flier Lizzie Thompson captioned the shocking post: “The man in the seat across from me has taken HIS PANTS OFF for the flight and is just in his boxers. Flight attendants seem unconcerned. This is going to be a long flight.”

Thompson continued to live tweet developments of what the partially dressed man was up to in a funny series of posts.

She later told her followers that the man “has also removed his socks,” with an image of the man’s bare feet.