Home » Travel » ‘We have no rights!’: British expat fury over decision not to recognise Spanish vaccines 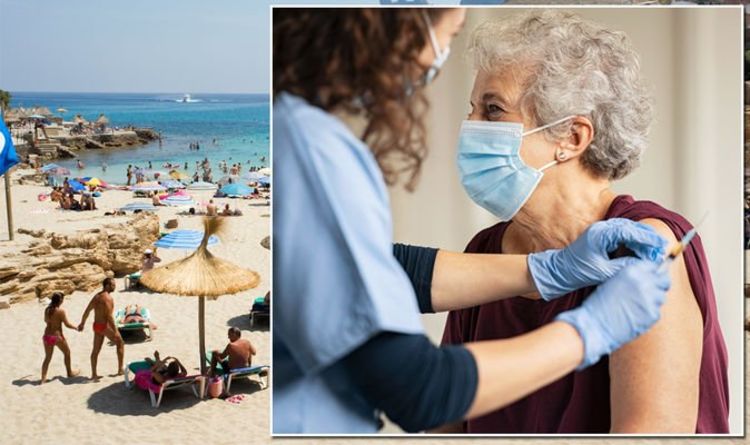 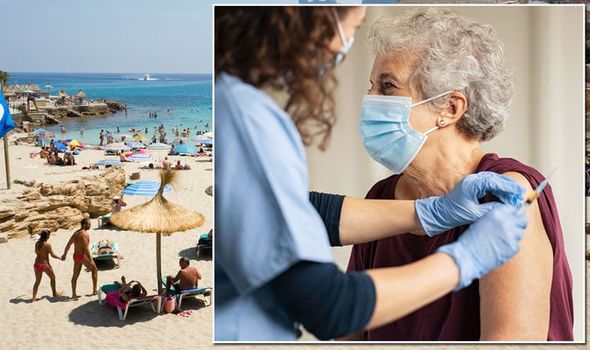 Britons living in Spain as expats are claiming to be treated like “second class citizens” by the British Government amid the announcement of new rules.

Brits in Spain is the Facebook community run by the British Embassy in Madrid. It serves expats and those visiting the country.

Posting the group the embassy wrote: “This is great news for those of you who have friends and family coming to visit you in Spain. However, please be aware that this only applies to those who have been fully vaccinated with an NHS-administered vaccine.

“If you live in Spain and have been vaccinated here, you must continue to follow the requirements for those travelling from amber list countries.”

This means quarantining on arrival to the country for 10 days and taking a text on or before day two and on or after day eight.

In an outpouring of anger, British expats took to the comments section of the embassy’s page.

“We have no rights!” one wrote. “We can not even vote!! Not in Spanish national elections nor UK.

“We are not Spanish citizens…yet, we are UK citizens who are treated with no regard!”

Another said: “So the Spanish Government will accept a Brtish vaccine certificate, but the UK won’t accept a Spanish one?

“It’s outrageous how badly British citizens in the EU get treated by the UK Government. Give us our vote back and then maybe you will take notice of us!”

DON’T MISS
Camping and caravan holidaymakers could be slapped with jail time [WARNING]
Flight rules from July 19: What are the changes? [EXPLAINED]
Brits in Spain explode at UK quarantine rules [FURY]

“Treated like second class citizens once again outrageous,” another wrote.

“No words. the EU should just apply the same rules to the Brits end off. I don’t get it are the NHS approved vaccines different from the others or what?” one frustrated expat asked.

One suggested the move would be negative for the British economy, writing: “UK has shot themselves in the foot! Everyone coming to spend their cash in the EU and elsewhere. No tourists going to the UK!”

Others spoke about how much they missed their family, in heartbreaking posts.

“It’s grossly unfair that expats are being made to quarantine we are all desperate to see our families,” one said.

Another wrote: “Disgusting, my husband didn’t see his family for a year and a half. Really selfish.”

“How do the children deal with this?” one asked. “It’s not fair to them…and they’re the ones that have sacrificed the most.”

On Thursday last week Grant Shapps announced: “From Jul 19, UK residents who are fully vaccinated will no longer have to self isolate when they return to England.”

“It is easier done from some places, like the EU where they have a digital app coming along than it is in the United States where I think they have 50 different systems, one for each state.”

It has been warned that Britons should be “prepared” to pay £1,750 when returning from an amber country.

Most European countries, including Britain’s favourite holiday spots, are on the UK’s amber list.

Covid 19 coronavirus: Southern Europe opens its doors to tourists. Not many are coming

These 15 Scottish Islands Are Too Intriguing Not to Visit