Home » Travel » Weekend Itinerary for the Explorer in Chicago

Chicago Museum of Science and Industry

Afternoon: Start your weekend with drinks in Logan Square. Happy hour is supposed to do one thing—make you happy—and Lost Lake does just that. The tiki bar is known for its quirky vibes and tropical drinks, like the Tic-Tac-Taxi and Bunny’s Banana Daiquiri. In 2018 the Tales of the Cocktail Foundation named Lost Lake “Best American Cocktail Bar.”

Wander over to nearby Wicker Park for an energizing walk next. This trendy neighborhood has become a beloved area for boutiques, bars, and restaurants. Quimby’s Bookstore is a must-stop for local zines and offbeat publications. There’s an old-school photo booth in the back if you want to snap a souvenir. Another neighborhood gem is Reckless Records, a Chicago institution since 1989 and the inspiration for the shop in High Fidelity.

Looking for a nightcap? Stroll to the Robey, a boutique hotel straight out of Mad Men that offers stunning 180-degree views from its sixth-floor bar.

Morning: Take in the morning at Cafe Marie-Jeanne in Humboldt Park. This corner spot serves up breakfast a la carte, along with a handful of weekly specials. Try the trout omelet, made with a touch of sherry and topped with créme fraîche and dill, or one of the house-made pastries.

Next, stroll down North California Street to stock up on a few local souvenirs from sister shops Peach Fuzz and Humboldt House. Peach Fuzz offers a colorful selection of books, toys, and accessories for children of all ages. Humboldt House has a beautiful selection of locally made and sustainable goods from Chicago artists and makers, including candles, jewelry, and ceramics.

Make your way to the Hyde Park neighborhood and the University of Chicagocampus, where you can ramble to your heart’s content, taking in its vine-covered walls and eclectic architecture. Here, you can also tour one of Frank Lloyd Wright’s masterpieces from his many years living in Chicago. The historic Robie House, designed in 1909, is considered the best example of Prairie School architecture, which Wright pioneered.

Afternoon: Stop for lunch next door at the Plein Air Café, a French atelier-inspired spot that offers hearty grain bowls, savory tartines, and seasonal salads with the option of indoor or outdoor seating. Afterward, get a coffee to go and head across the hall to the Seminary Co-Op Bookstore. It’s filled to the brim with one of the largest collections of academic books worldwide.

For the best way to see the city, take a Chicago Architecture Foundation River Cruise.The tours, which depart from the First Lady Boat Dock on the southeast corner of the Michigan Avenue Bridge at Wacker Drive, last an hour and a half. During the cruise, docents share information about the city’s buildings and history. Make sure to book tickets in advance.

Afterward, head to Millennium Park and check out the “Cloud Gate” sculpture, one of Chicago’s most iconic spots, better known as the Bean. The park frequently features concerts, outdoor exhibitions, and other free events. Across the street, Maggie Daley Park has a climbing wall, an ice rink (in winter), mini golf, and a huge play garden for kids.


Evening: Everyone loves drinks with a view. Get some of the best at Cindy’s, a rooftop bar and restaurant above the Chicago Athletic Association Hotel. The terrace overlooking Millennium Park will make you feel like you’ve found the city’s best kept secret. For the a perfect postcard photo, arrive 30 minutes before sunset—and have a gin cocktail in hand.

For dinner, skip the obvious (deep-dish pizza) and head to Pilsen, a vibrant Chicago neighborhood rich in diversity. Try HaiSous for a fresh take on Vietnamese food and bold, unique flavors. For casual Mexican, head down 18th Street to Pollo Express, a family-owned restaurant that serves chargrilled chicken with traditional Mexican sides. For dessert, hop over to La Michoacana and pick up a paleta (cream popsicle) to go. Try the mango with chili or strawberries and cream.

Round out your day at the Second City for some late-night comic relief. (Reserve your tickets before your trip.) Known as Chicago’s first improv theater, Second City has birthed the careers of some of the industry’s most recognized names: Tina Fey, Bill Murray, Amy Poehler, and others. If you still have a hankering for some adult beverages after the show, walk around the corner to the Old Town Ale House. It’s an off-the-wall dive bar known for hosting cast members after late-night shows.

Morning: Try some of Chicago’s best brew at Metric Coffee, which takes a measured approach to quality caffeine and service. The West Fulton location is the perfect spot for a morning cortado and fresh-baked pastry. You can even take a home brewing or espresso workshop.

Once you’re fueled with caffeine, visit the Garfield Park Conservatory, which features eight indoor gardens under glass and more than 10 acres of outdoor space to explore. Built in the late 1800s, the conservatory houses thousands of lush plants and is free to the public.

For lunch, try one of the most vaunted burgers in the country at Small Cheval. The fast-casual local chain offers classic burgers, fries cooked in beef fat, and creamy milkshakes.

Afternoon: If you have time, don’t leave Chicago without experiencing a game at one of its many stadiums: the Cubs at Wrigley Field, the Bears at Soldier Field, the Bulls at United Center. Not only will you be surrounded by a huge crowd of superfans, but you’ll probably find yourself singing a song or yelling at an umpire, too.

The prime time to visit Chicago is April through September. The city embraces summer with a palpable energy. If you’re up for visiting in the off season, don’t forget to bring a jacket—or two. Layering is a must in the winter. 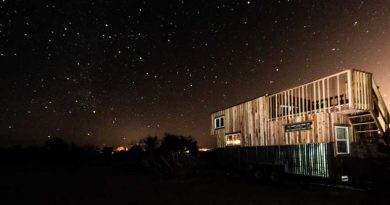 The pub meal worth the day trip