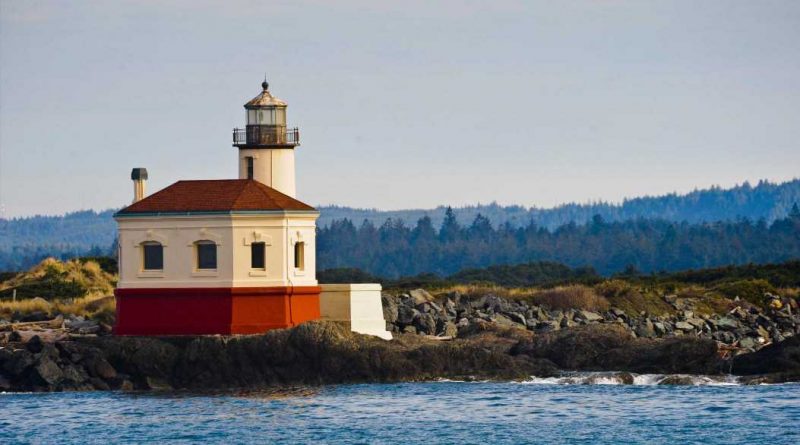 Since setting the perfect, moody stage for films like The Goonies, Oregon’s northern coast—home to Haystack Rock, Cannon Beach, and charming small towns like Astoria—has been the tourism darling of the state’s 363 mile-long seaboard. But venture further south and you’ll find an undiscovered treasure trove of rocky coastline, home to stormy beaches, and culinary and craft brew bounties, perfect for your next Oregon road trip. Meet the Wild Rivers Coast.

Named after federally-protected “wild and scenic rivers” like the Rogue and Chetco that empty into the Pacific along this shorefront, the Oregon portion of the Wild Rivers Coast (the full region extends into northern California) stretches roughly 107 miles along Highway 101 from the town of Brookings to Coos Bay, Oregon. What this route lacks in length it makes up for in adventure: fat-tire biking on sandy beaches, hiking through old-growth forests, cold water surfing, and marine wildlife viewing are all on offer throughout the Wild Rivers Coast. The area even has its own officially-designated Food Trail, allowing foodies to eat and drink their way from bayside seafood shacks and cranberries bogs to local breweries and distilleries (or, fish, crab, and forage for your own meals like locals do).

A leisurely four-day road trip is the perfect way to discover this untrammeled and overlooked part of the Oregon coast. Here’s how to do it.

Although the two-hour drive from Brookings to Coos Bay could easily be done in one day, stretching the trip out over four allows you to actually indulge in all the Wild Rivers Coast has to offer.

A temperate climate uncharacteristic of the Pacific Northwest has earned this area the nickname Oregon’s “Banana Belt,” so travel is enjoyable year-round, with mild winters, balmy summers, and scenic autumns and springs. You can also plan your trip around different seasonal attractions, like watching for migrating gray whales in winter and late spring or visiting in fall during harvest season.

Most cars can handle Highway 101’s well-maintained stretches, but a four-wheel drive with wet-weather tires will guarantee access to wilderness areas.

Kick the trip off in Brookings in Oregon’s south, with a breakfast of home-made bagels and coffee from First Rise Bakery. The waterfront marina, downtown area, and manicured green areas like Azalea Park make for a relaxing morning. To get your blood pumping, head out to Harris Beach State Park for tide-pooling, or hike through redwood groves in Rogue River-Siskiyou National Forest.

After lunch and a hoppy IPA at Chetco Brewing Company, start driving up the coast through the Samuel H. Boardman State Scenic Corridor, a 12-mile-long wonderland of rugged coastline with wave-blasted rock arches, tree-crowned sea stacks, and verdant forests of ancient Sitka spruce. Home to 27 miles of the state-long Oregon Coast Trail, you can hike or drive to popular viewpoints like Natural Bridge, Arch Rock, Spruce Island, and Secret Beach. But nothing beats seeing these beautiful coastlines from a kayak or boat with South Coast Tours.

Then, head 13 miles north to Gold Beach, named after a late 1800s gold rush. Following a night at the chic Wild Coast Lookout, spend the next day fat tire biking along the beachfront Banana Belt Loop at Cape Sebastian State Park, boating on the mighty Rogue River, or go clamming, fishing, or crabbing on the beaches or riverfront. Unwind with award-winning brews at Arch Rock Brewing.

Greet the day beachcombing at Otter Point before driving half an hour north to the artsy enclave of Port Orford. As both the oldest town on the Oregon Coast and the most westerly town in the contiguous United States, it’s full of art and history, like a “dolly docking” port (just one of several in the world) where longshoremen hoist boats out of the water onto dry dock. After a fish and chips lunch from The Crazy Norwegian’s, visit the 19th-century lighthouse at Cape Blanco State Park or head to Port Orford Head State Park for the scenic Loop hike. It’s here that the Wild Rivers Coast Scenic Bikeway originates, featuring 61 miles of invigorating ocean or riverside biking. Bike rentals are available from Pineapple Express Adventure Rides.

Continuing 26 miles north, you’ll reach Bandon, the Cranberry Capital of Oregon. If you’re around for fall harvest, stop at local farms to pick your own blueberries and strawberries and tour the cranberry bogs. After pizza and beer at Bandon Brewing Company, stroll the cliff-top paths opposite Face Rock and the other sea stacks that make up Oregon Islands National Wildlife Refuge. Here, you’ll also see a range of wildlife, including seals, sea lions, sea birds, and from May to August, tufted puffins. Then hit the hay at Bandon’s old-timey Wayside Motel + RV Park, which features thrifted, vintage decor and comfortable digs in a copse of trees just off the highway. Or, fall asleep to pounding surf and Coquille River and Lighthouse views at the stylish Lighthouse River Inn vacation rental.

After a coffee and fluffy biscuit from The Rolling Pin, exploring Bandon’s quaint Old Town is a must. Stop at the market to buy local goods, sample rum and whiskey from Stillwagon Distillery, stuff yourself with rich cheeses at Face Rock Creamery, and chow down on Tony’s Crab Shack’s Dungeness crab sandwiches and oysters. Then rent a bike from South Coast Bicycles to hit the nearby Whiskey Run mountain biking trail system.

Driving thirty minutes north toward Coos Bay, take a detour to loop through the three state parks at Cape Arago to watch colossal waves bash sandstone cliffs at Shore Acres. In Coos Bay and neighboring North Bend, refresh yourself with a beer from 7 Devils Brewing before spending the afternoon kayaking through peaceful estuaries in the South Slough Reserve, taking a surfing lesson from Waxer’s Surf & Skate, or searching for razor clams at designated spots like the appropriately-named Clam Island and North Spit. You can also continue a bit further north to the southern tip of the Oregon Dunes National Recreational Area, home to one of the biggest expanses of temperate coastal sand dunes on Earth.

After a fresh, scrumptious seafood dinner from Sharkbites Cafe, close out your Oregon road trip with a stay in one of the minimalist cabins or sleek Airstreams and RV hook-up spots at Bay Point Landing. Lauded for its Scandinavian-influenced design, a night or two at this waterfront glamping resort— which has a heated saltwater pool and laidback clubhouse—is the perfect way to end your Wild Rivers Coast adventure.

Flights: Passengers call for plane to be ‘burned’ after scorpion spotted crawling overhead 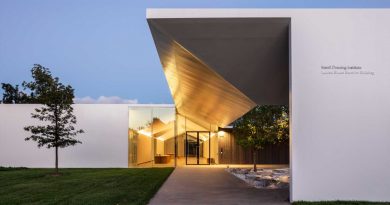 What to Do in Montrose, Houston's Most Walkable Neighborhood 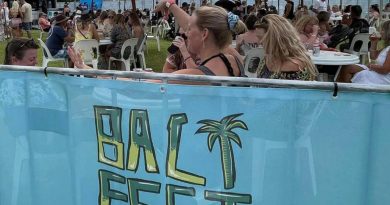