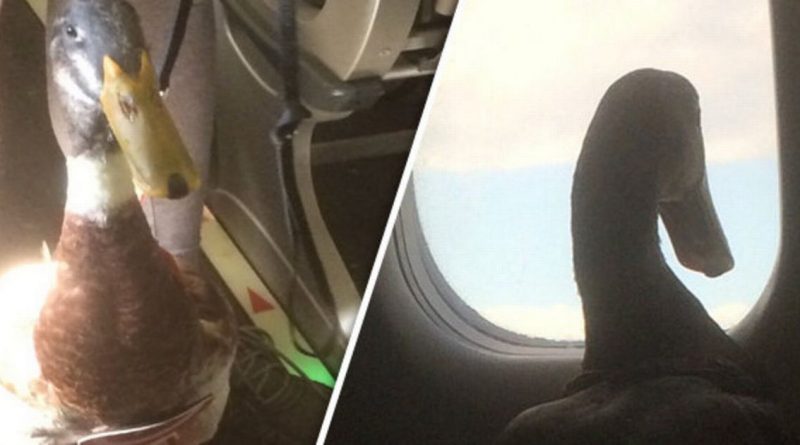 It’s not everyday you can say you’ve flown in a plane with a duck.

But that was the case for some American passengers when Daniel the duck – a four-year-old Indian Runner – waddled onto their flight.

Little Daniel – who’s an emotional support animal – boarded the flight from Charlotte to Asheville wearing a red Captain American diaper and he was also sporting a pair of red shoes to protect his webbed feet . 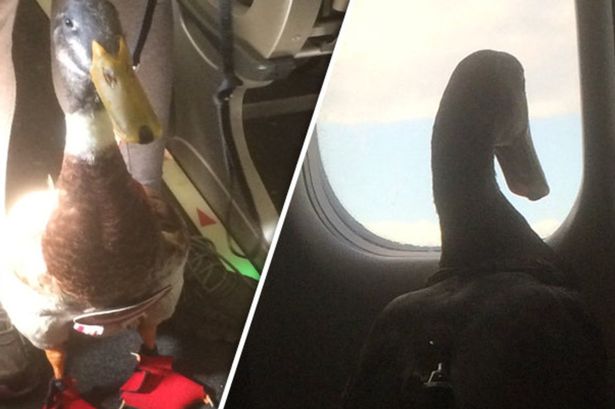 Daniel Turducken Stinkerbutt (yes, that’s his full name) belongs to his 20-year-old owner who picked him up from a yard sale.

Mark Essig was onboard the flight and met the female owner at the airport terminal.

He live tweeted the unusual journey and told the Citizen-Times, “He was in one of this little pet stroller things, and I peeked in expecting to see a dog and there was a duck. I said ‘Hello.’

“He had lunched on chicken fries from Burger King, which seemed to be verging on cannibalistic to me.” 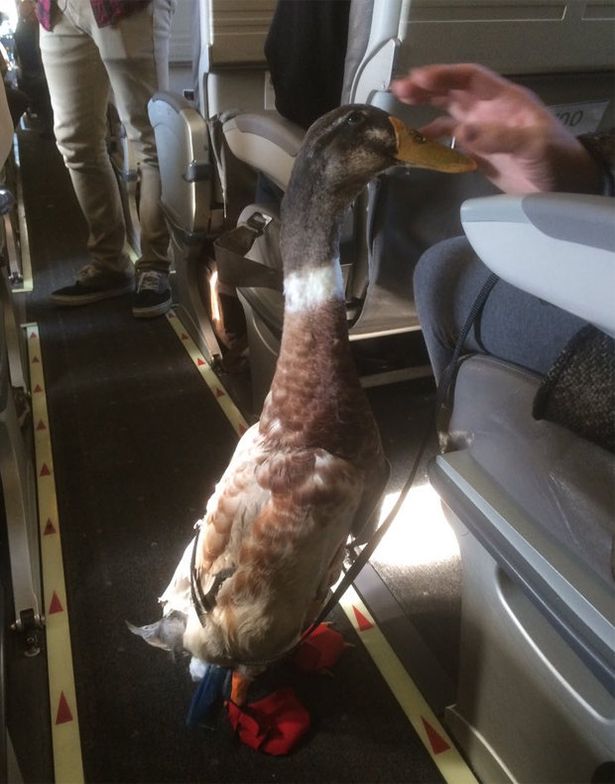 So how did young Daniel spend his journey?

Apparently he poked his way around the aisles and sat up staring out the window.

He was also spotted kissing his owner with his beak numerous times.

“I have flown a fair amount but I’ve never seen any companion poultry on a plane,” Mark said.

Since tweeting the encounter, Mark’s tweets have gone viral.

Thankfully Daniel was a great travel companion unlike these shockingly bad plane passengers who were caught on camera.

Google Maps: Street View catches giant hiding in a forest in the snow – is it real?