Home » Travel » When a Mother Ran Out of Formula, This Flight Attendant Heroically Breastfed Stranger’s Baby

A Philippines Airline crew member is being celebrated on the internet for her heroic service to one mother and baby during their travels.

Patrisha Organo, the crew member, shared in a Facebook post published Wednesday that her flight got underway without any issues. But suddenly after takeoff, she heard a baby start to cry.

“I approached the mother and asked if everything’s okay, I tried to tell her to feed her hungry child. Teary-eyed, she told me that she ran out of formula milk. Passengers started looking and staring at the tiny, fragile crying infant,” Organo shared.

With no formula on board, Organo — who happens to be the mother of a nearly one-year-old daughter herself — knew there was only one thing she could do: offer her own supply.

“I felt a pinch in my heart. There’s no formula milk onboard. I thought to myself, there’s only one thing I could offer and that’s my own milk. And so I offered,” she wrote.

Organo and another crew member helped the mother to the galley where Organo herself breastfed the baby.

“The baby started rooting, she was so hungry,” Organo shared. “I saw the relief on her mother’s eyes. I continued to feed the baby until she fell asleep. I escorted her back to her seat and just before I left, the mother sincerely thanked me.”

Organo said she knew this flight would be special as it was her first one as a qualified Crew Evaluator. But she never could have imagined just how special it would turn out.

“I breastfed a stranger’s baby inflight,” she wrote. “Thank you, Lord, for the gift of mother’s milk.”

The event clearly resonated with mothers and travelers everywhere. To date, the post has more than 147,000 likes, 6,000 comments and more than 30,000 shares.

And thank God, too, for understanding mothers and ridiculously attentive flight crews around the world. 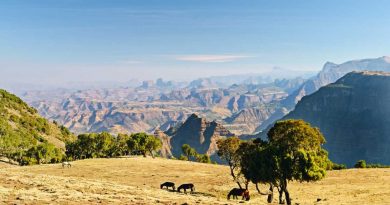