From a Greek getaway to a tasty trip to Tuscany: Where to catch the last rays of summer

The summer holidays may be over but Europe’s shoulder season is waiting in the wings.

September, October and even early November are majestic months to take flight as prices tumble and crowds disperse.

Here’s where to go: 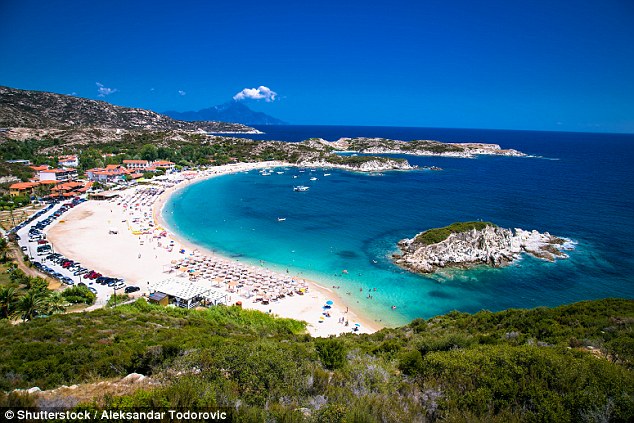 Better late than never: Kalamitsii beach (above) on the east coast of Sithonia in Halkidiki

If Mamma Mia 2 has whet your appetite for a Hellenic getaway, then October half-term is perfect for a final sunny hurrah.

Save up to £1,990 on a family break to the sleek-looking five-star Eagles Villas in Halkidiki, where a kids’ club, and sandy bays await.

Book it: Seven-nights’ half-board for two adults and one child starts at £5,000 on holidays until October 31. Includes flights, transfers and kids’ club, scottdunn.com.

The grape harvest has just begun in Tuscany. Feast in style at the four-star Renaissance Tuscany Il Ciocco Resort & Spa, north of Lucca, which is celebrating the new vine haul with an autumnal foodie break.

Wine-tasting, pasta-making and spa treatments using oils infused with herbs are all on the menu.

Book it: A two-night culinary stay in September costs £275pp, based on two sharing and includes B&B, wine tasting and a cookery lesson, renaissancetuscany.com. Fly to Pisa from Heathrow for £126, alitalia.com. 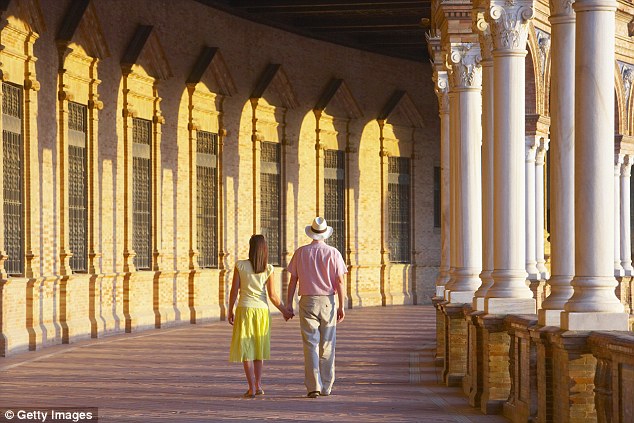 The Spanish south laughs off winter until November, with Andalucia basking under blue skies.

Casa Palacio de Carmona, close to Seville’s historic old quarter, offers a bijou pocket of calm — spend your mornings sightseeing and tapas feasting, and the afternoons with a book.

Book it: A five-night stay in a junior suite on October 8 costs £260pp, based on two sharing, casadecarmona.com. Fly to Seville, from £100pp return, ba.com.

Switzerland can be bankrupting in peak season, but you can bag a room with an Alpine view for significantly less at this time of year.

Retreat to glitzy Montreux on Lake Geneva, whose beauty has inspired everyone from Byron and Shelley to rock band Queen, and stay at one of the grandiose belle epoque hotels lapped by water on Quai des Fleurs.

Book it: A four-night stay, starting on October 15 at the four-star Hotel du Grand Lac Excelsior costs £262pp, based on two sharing, hotelexcelsiormontreux.com. Flights to Geneva with Swiss cost £106pp, from Heathrow, swiss.com.

Malta’s capital Valletta is Europe’s sunniest city, with 2,957 hours of sunshine per year.

If only skin-bronzing sunshine will do, then make the four-hour flight east to Aphrodite’s Isle, where it feels like high summer.

Pretty Stella Maris villa in Pomos, in the Paphos mountains foothills, has ten per cent off October prices. Take your cozzie, the waters of nearby Chrysochou Bay are still clement.

Book it: A seven-night self-catering stay at Stella Maris in October costs from £1,102pp, based on two sharing, and includes flights and car hire, sunvil.co.uk. 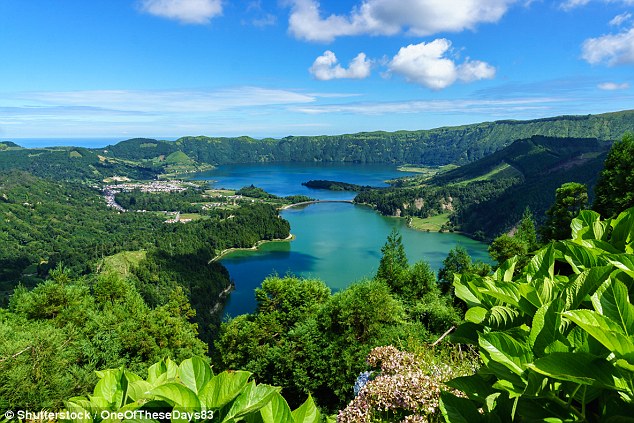 Unmissable: Visit São Miguel island (pictured above) on a seven-night tour of the Azores

Unesco-recognised and about 1,000 miles west of Lisbon, the Azores offer dreamy October weather.

Rich in volcanic landscapes, hot springs and colourful flora, these nine isles in the Western Atlantic are blissful at this time of year.

Book it: Voyages Jules Verne has a seven-night tour of islands São Miguel, Terceira, Faial and Pico departing September 29 for £1,495pp, based on two sharing. Price includes flights, breakfast, some lunches, transfers and a guide, vjv.com.

Surf is permanently up on North Africa’s wind-licked Atlantic coast and the balmy October sun means you don’t need a wetsuit to enjoy it.

Couple big waves with a luxury riad stay at the Rebali resort in the boho village of Sidi Kaouki, a 20-minute drive from atmospheric Essaouira.

The perfect chaser to a day on the beach? Being steam-cleaned in Rebali’s hammam.

Book it: A one-week stay costs £315pp based on two sharing a self-catering riad and includes transfers and breakfast, fleewinter.com. Fly Luton to Essaouira from £111pp, easyjet.com. 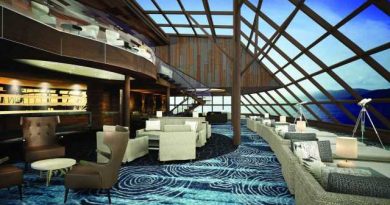 Cruise hack: 6 ways to turn a voyage on a mass-market ship into a luxury experience

‘One of the trickiest’ hand luggage rules – items to avoid packing

European country with ‘most expensive healthcare’ for Britons named