Home » Travel » Why TikTok Could Change How We Explore the World 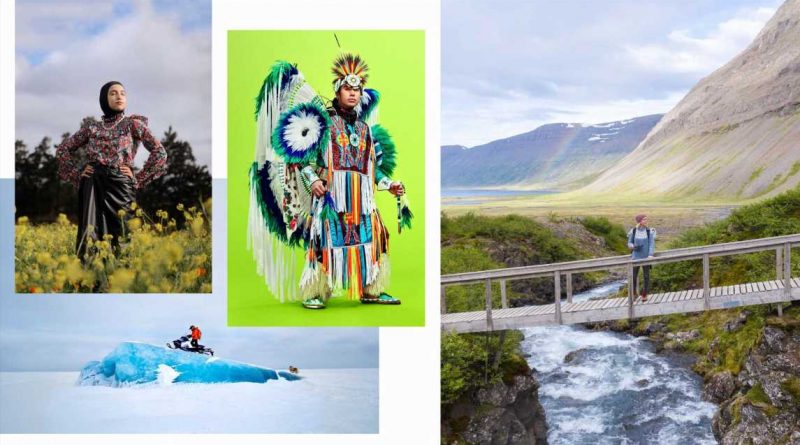 These days, when I get tired of the overfamiliar walls of my overfamiliar room, I treat myself to a brief world tour. I watch as a shepherd affectionately scolds his flock in Ireland. In Morocco, a teenage fashionista styles her hijab in a new way. In Guatemala, an elderly woman and her granddaughter shake their hips to a cumbia song. In Nigeria, a man pranks his parents—again. I may not be leaving my house much these days, but thanks to TikTok, I can catch glimpses of the wider world.

I’m one of the many people who have become addicted to the app over the past year. TikTok’s popularity, which has rivaled even Zoom, isn’t surprising; it’s engineered for entertainment and escapism, two things we all needed more of in 2020. Unlike Instagram or Twitter, where users select who to follow, TikTok’s For You Page presents an infinite scroll of seemingly random video snippets. The algorithm, which adjusts your feed based on what you do (or don’t) engage with, can feel uncannily brilliant, serving up videos from accounts that seem tailor-made to delight you.

With mass vaccinations under way and people throughout the world considering their next trip, it’s clear that TikTok has the potential to transform the way we travel. After all, that’s what Instagram did in the last decade. At its best, Instagram inspired us to explore new places; at its worst, it flattened our planet into a series of beautiful but substanceless backdrops. The app has been blamed for the scourge of overtourism, in which crowds of visitors flock to the same cascading waterfall or scenic overlook.

But whereas Instagram encouraged us to present our lives, and our travels, as if they were glossy advertisements, the architecture of TikTok encourages a different kind of content creation. Sure, there are travel influencers on the app, posting videos of themselves grinning from the balconies of luxury hotels, but they seem out of step with the app’s vibe, not to mention the spirit of the times. Where Instagram incentivizes users to appeal to as wide an audience as possible, TikTok is all about the niche; its design rewards the hyperspecific and relatable instead of the aspirational. The For You Page also exposes users to TikTokers they never would have sought out on their own. This means that many travel-adjacent posts on TikTok aren’t by professional influencers but regular people documenting their daily lives: a filmmaker who got stuck in Greenland during the pandemic; a housewife in rural India; a gold miner in Bavaria.

Some of my favorite accounts are famous to no one but me. Their videos get a couple hundred views, max. Nothing dramatic happens; there are no waterfalls or spectacular sunsets. Instead, I just watch these users walk through the streets of their hometowns, dance in their bedrooms, or point their cameras out the car window as they drive. I hear the gravel crunch beneath their feet. I peer at the posters on their bedroom walls and vicariously savor their unfamiliar, sausage-heavy breakfasts. These moments may be unremarkable, but they’re also intimate—and I can’t get enough of them. They’ve made me realize that my pre-pandemic motivations for travel had little to do with luxury or even beauty. What I wanted to experience—and what I desperately miss—was discovering the details of a universe that’s not my own. That’s what I’m after when I scroll through TikTok: those small moments of surprise and connection, those chance encounters with the awe-inspiring abundance of the world.

I’m not the only one who’s been coping with quarantine by taking mini vacations through the app. (My father recently informed me that he’s been getting into wildebeest TikTok—yes, that’s a thing.) Maybe once the world opens back up again, all that time scrolling will inspire us to want something different from travel. Maybe we’ll decide that being one of a dozen people waiting to take the exact same photo is no longer appealing. By allowing us to poke into the unspectacular corners of strangers’ lives, maybe TikTok can help us emerge from our year of collective grief and confinement with a new appreciation for the mundane and the domestic. After all, we don’t need a perfectly filtered photo to remind us that being somewhere else is a privilege all on its own.

@seaarose A series of intimate glimpses into the daily routines of Dasia, a member of Alaska’s Sugpiaq tribe, on Chenega, an island with just 41 inhabitants

@nolanomura This 23-year-old photographer and videographer in Hawaii captures himself swimming alongside schools of fish, going underwater rock running, and cliff jumping with his friends

@sejsejlija Go inside the cabin life of Cecilia, a Swede living in the Norwegian archipelago of Svalbard, who takes frequent wintry walks with her camera-friendly dog, Grim

@yudi333cs Yudi, a Peruvian woman in her mid-twenties, performs Huayño dances on Andean mountainsides and streams her encounters with neighbors

@notoriouscree Also known as James, this Cree content creator in Canada lights up the screen with traditional regalia and healing hoop dance performances, plus comic takes on life as a young Indigenous man in Alberta

This article appeared in the May/June 2021 issue of Condé Nast Traveler. Subscribe to the magazine here.

Flights: Southend Airport staff to strike at Christmas – how will your flight be affected? 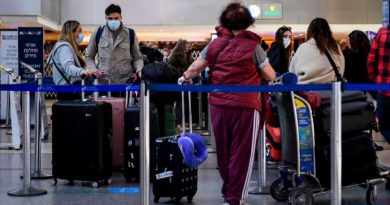