Home » Travel » Why you should take the stairs at the Eiffel Tower, the Reichstag and Italy's cathedrals

From church domes to bell towers, fanciful rooftops to sky-piercing monuments, Europe is full of climbable structures. While most lead to impressive views, the best also offer insights into the historical, artistic, and religious thinking of their times. 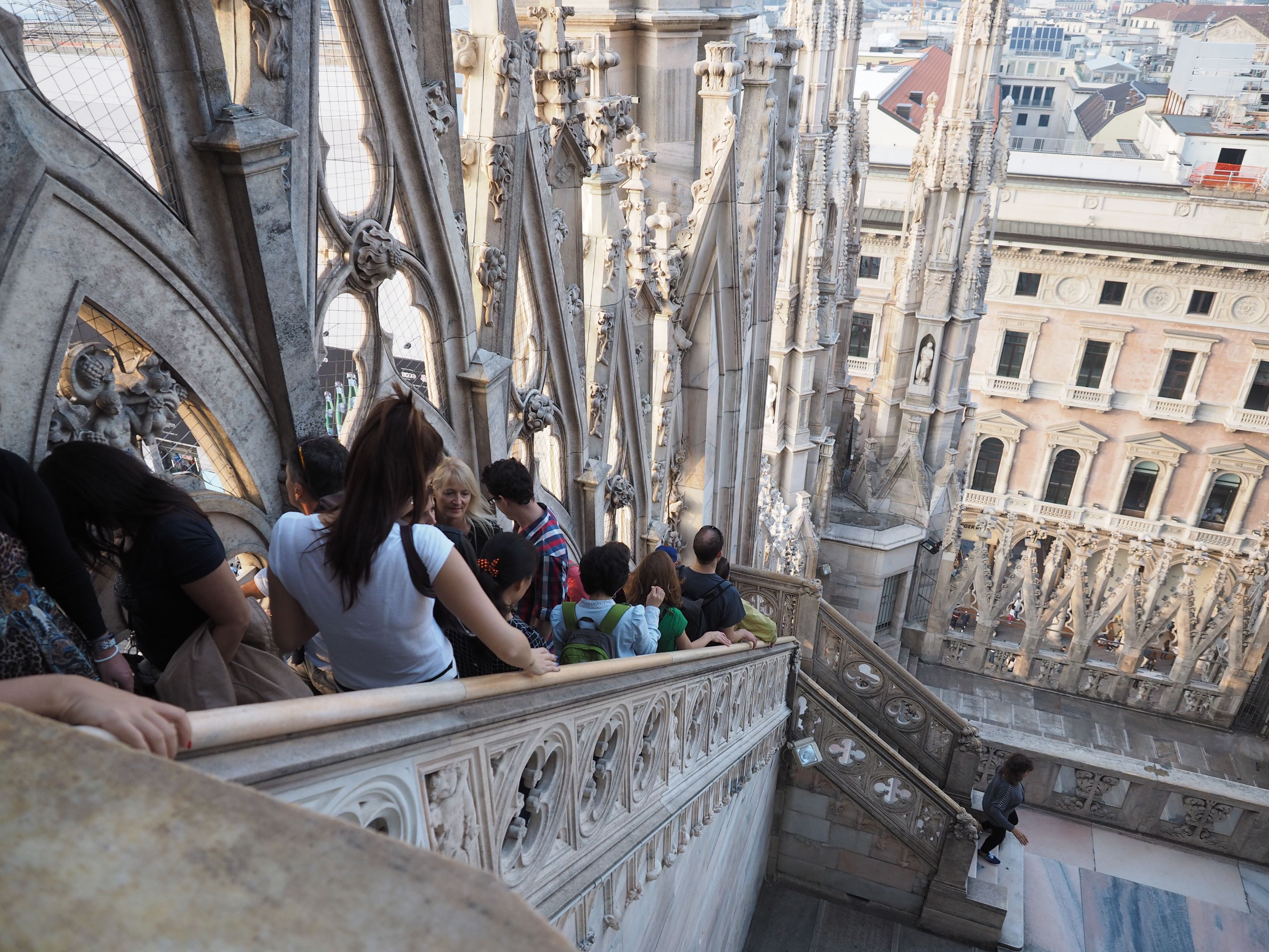 
In Milan, a highlight is strolling the rooftop of the city’s cathedral (duomo) and the third-largest church in Europe. After taking the stairs or elevator to the top, visitors can climb up and down the roof’s multiple terraces, wandering among gargoyles, statues, and frilly spires.

Each of the church’s 135 spires is similar, yet different. Climbing through the forest of these lovingly decorated spires, it’s inspiring to think that every detail – each flower, saint’s face, and so on — is an individual work of art carved out of pink marble centuries ago by artists who believed that few would ever see it. Their art was a gift for God to enjoy from the heavens.

Another worthwhile climb is to the top of the dome at Florence’s Duomo. Though it was built when the Gothic style dominated Europe, the Florentines decided not to cap their cathedral with a spire, leaving it with a gaping hole while waiting for technology to catch up with the city’s vision for a dome instead. In 1420, Filippo Brunelleschi won the job and built the dome that kicked off the architectural Renaissance.

Brunelleschi’s dome, which inspired the US Capitol and St. Peter’s Basilica in the Vatican, showed how art and science could be combined to make beauty. Today, it rewards those who climb the 463 steep, narrow steps with glorious views.

Along the way, climbers are treated to a close-up of the dome’s Last Judgment ceiling painting, a grand view of the cathedral’s interior, and a look at Brunelleschi’s “dome-within-a-dome” construction. Because the dome climb is so popular, reservations are required.

A thoroughly different and modern – but equally spectacular – dome climb is the hike to the top of the Reichstag in Berlin. Completed in the late 19th century, the German parliament building was gutted by a mysterious fire and World War II bombs, then stood like a ghost, barely repaired, through the Cold War. But after German reunification, this historic ruin was rebuilt with a modern element: a striking glass dome.

A walkway winds all the way to the top, providing 360-degree views. Climbers see forests of skyscrapers interspersed with historic sights, such as the nearby Brandenburg Gate and the Berlin Cathedral’s massive copper dome.

But for Germans, mindful of their dark 20th-century history, the view that matters most is inside, looking down through a skylight to see over the shoulders of their legislators. The architecture comes with a poignant message: The people are determined to keep a wary eye on their government. And the dome is so popular that reservations are required to climb it.

Ascending the Eiffel Tower is one of Europe’s great travel thrills. Built for the 1889 World’s Fair, the project celebrated the 100th anniversary of the French Revolution and demonstrated that France had the wealth, knowledge, and can-do spirit to erect a structure taller than anything the world had ever seen.

Smart travelers book their tower visit months in advance. Even with a reservation, many stand in long lines to take the elevators up and down. For hardy visitors, it’s cheaper and less crowded to climb the stairs. It’s quite a hike – 720 steps up to the second level (the top level is only accessible via elevator), so I prefer to take the stairs down. It takes minutes, and it gives you an up-close look at Gustave Eiffel’s amazing engineering.

Perhaps the most memorable climb I’ve done in Europe was just 28 steps – on my knees – up Rome’s Scala Santa (Holy Stairs) next to the Church of San Giovanni in Laterano. In AD 326, Emperor Constantine’s mother brought home what was reputed to be the marble steps of Pontius Pilate’s residence in Jerusalem. Jesus is said to have climbed these steps on the day he was sentenced to death. Today the steps are covered with wooden slats to protect the marble, but they’re spotted with glass-covered holes to show stains from Jesus’ blood on the original stairs.

For centuries, pilgrims have ascended the Scala Santa on their knees while reciting a litany of prayers. And for decades, I watched them from a staircase on the side. But finally one year, a voice inside me said, “Do it!” and I tried the climb myself. With my knees screaming, weathered faithful struggling up the staircase beside me, and a fresco of a crucified Christ high above, I climbed each step, learning about both the bone structure of my knees and the value of pain when praying.

From hiking to the top of the first Renaissance dome to climbing steps on your knees, a little exertion can mean a big payoff in your travels.

Barcelona warning: Is it safe to travel as riots erupt in Catalonia? Latest travel advice