Definitely a tonic for troubled times.

These are the winning and shortlisted images in the seventh International Landscape Photographer of the Year competition, with stunning shots documenting everything from magical mountains in Norway to dramatic storm clouds over Kansas and the lush green forest of Wistman’s Wood in Dartmoor National Park.

There were almost 3,800 entries from photographers around the globe, leaving the judges chosen to whittle them down with a headache-inducing task.

Scooping the top prize and the title of ‘photographer of the year’ (an award based on a folio submission of at least four images) was Kelvin Yuen from Hong Kong and his striking mountain photos snapped around the globe in locations such as the Scottish Highlands and Utah.

German photographer Kai Hornung snared the ‘photograph of the year’ prize (awarded for a single image) for his striking aerial photo of a stream in the highlands of Iceland. In addition, the judges shortlisted their top 101 images submitted to the contest, which have been brought together in an eBook on the International Landscape Photographer of the Year website.

Scroll down to see a selection of the winners and shortlisted entries – which one is your favourite? 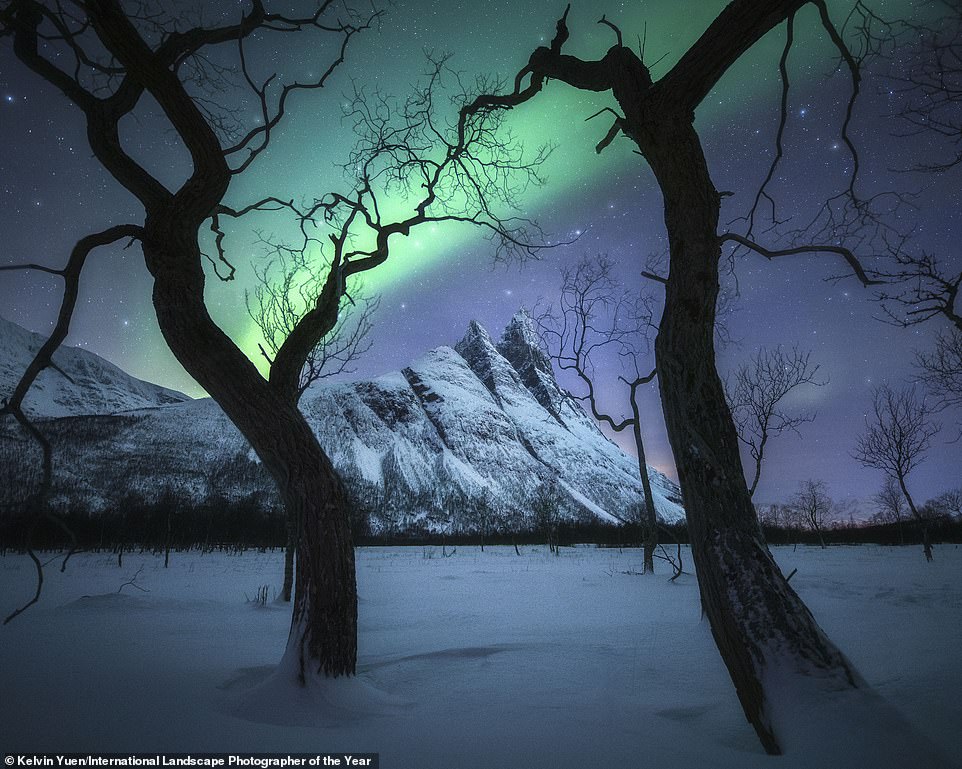 Kelvin Yuen from Hong Kong was named the overall winner of the seventh International Landscape Photographer of the Year competition. This is one of the images – ‘Magical Night’ – that helped him clinch the title. It was snapped in Tromso, Norway 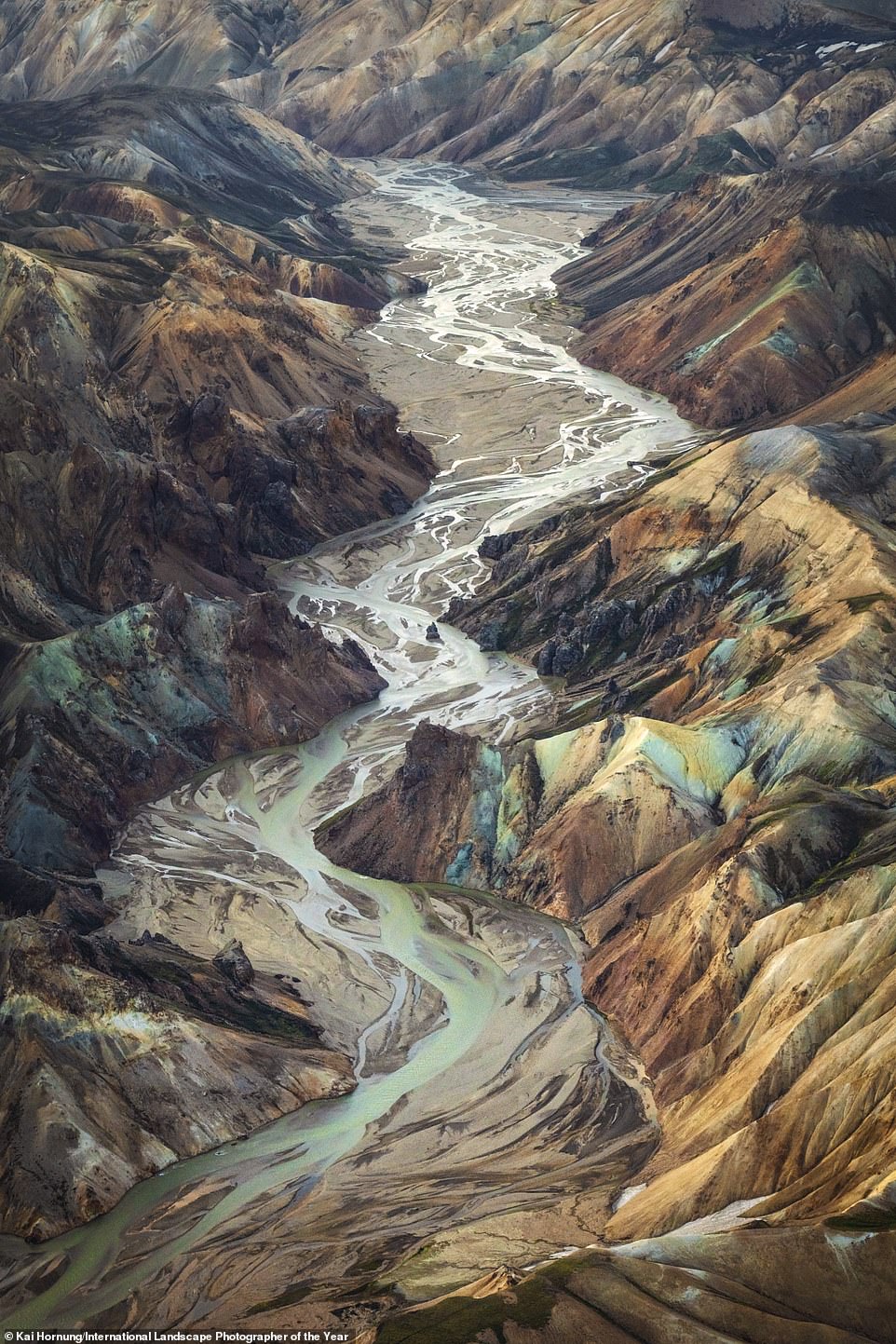 This is the overall photograph of the year. It’s called Life Streams and was taken by Kai Hornung in the highlands of Iceland 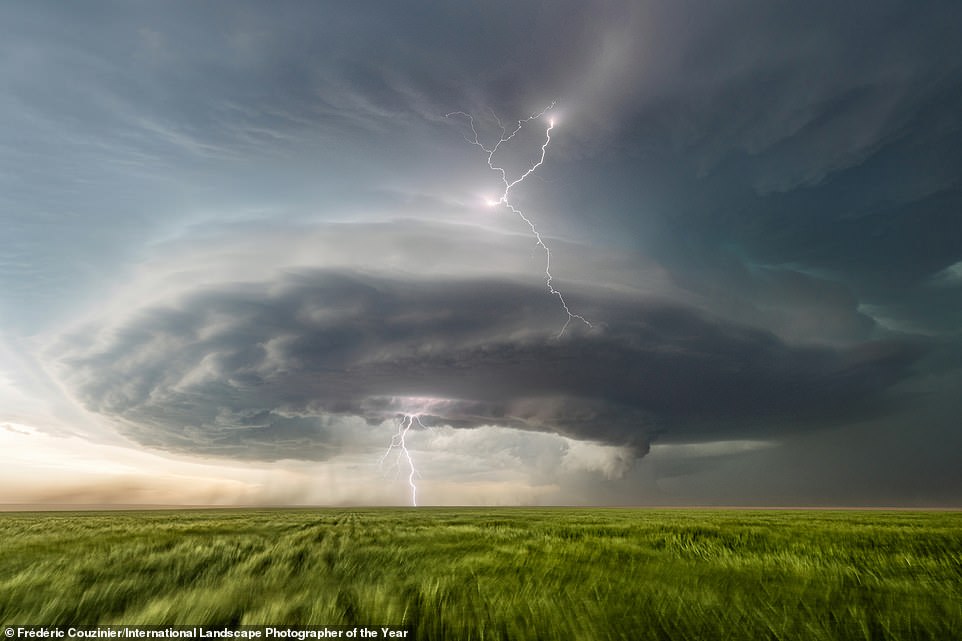 This dramatic image called Chaos over Kansas was taken by Frederic Couzinier in the city of Winona in Kansas. It was named as one of the judges’ top 101 pictures 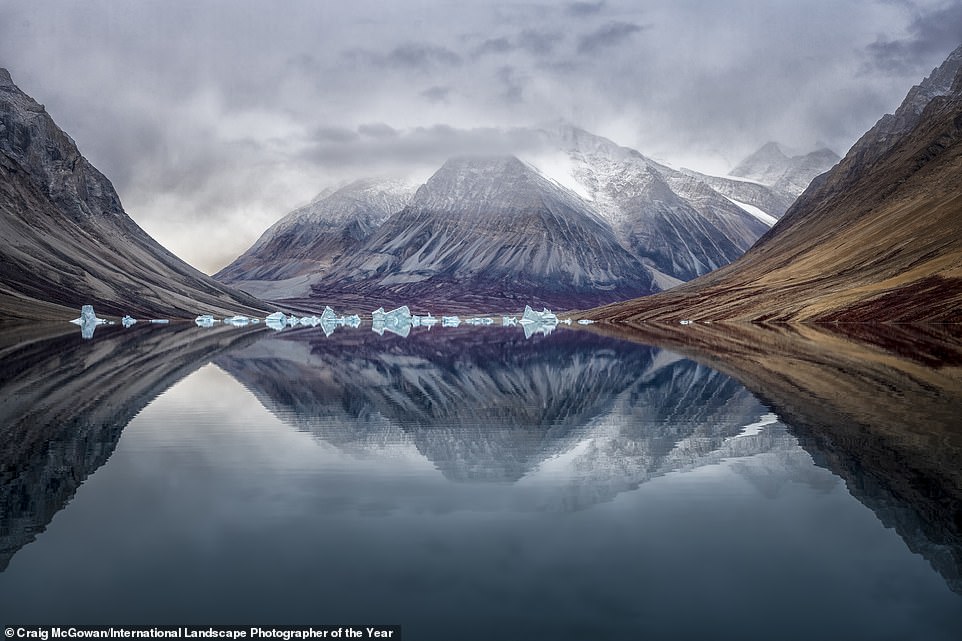 A serene shot of Northeast Greenland National Park by photographer Craig McGowan. It was among the 101 top images as picked by the judges. Craig called the shot Fjord Head 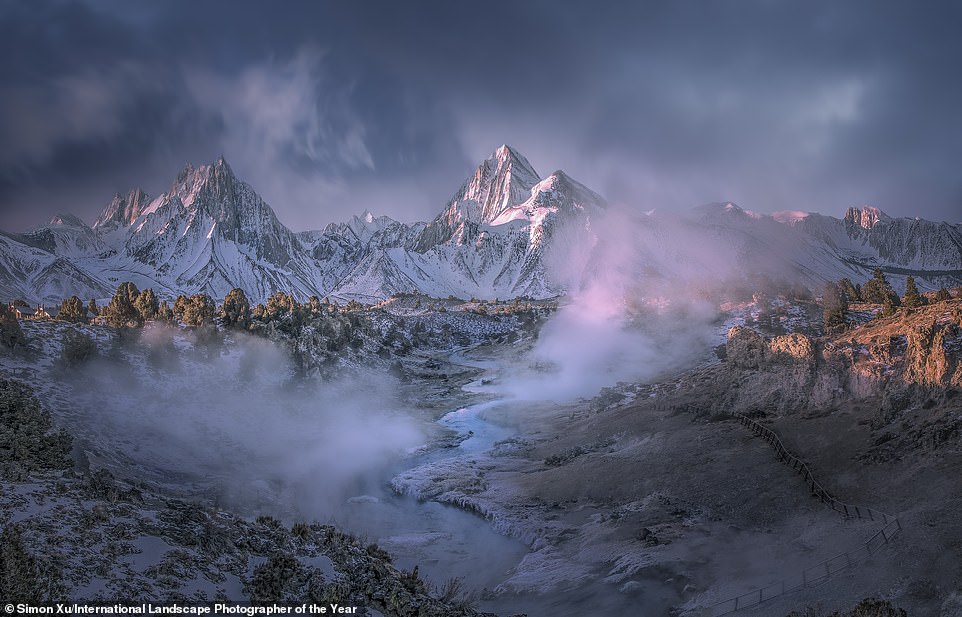 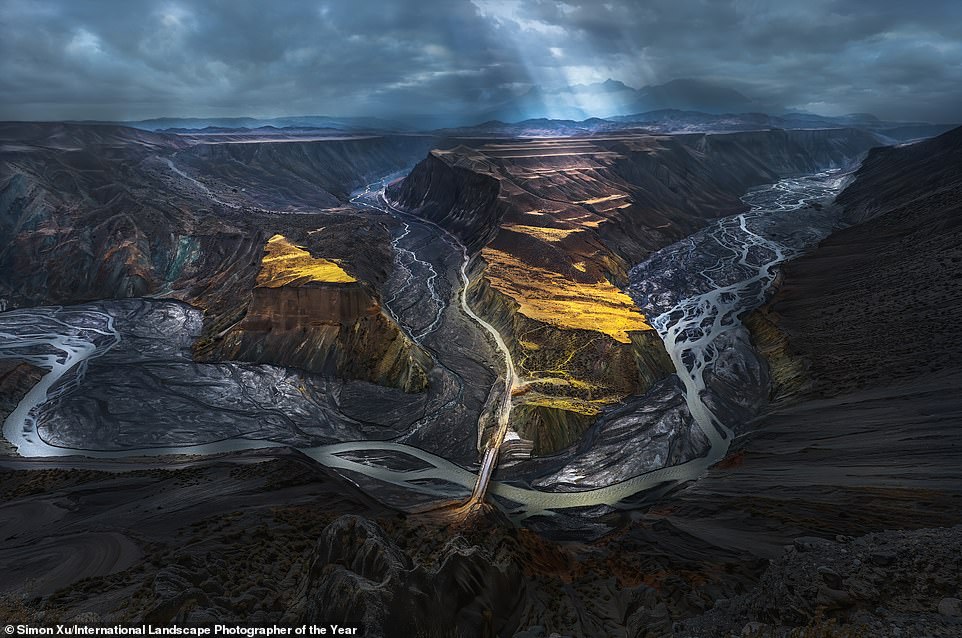 Another image by Simon Xu that made the top 101 image ranking. This one was snapped in Altay in Xinjing, China, and is called Canyon Grandeur 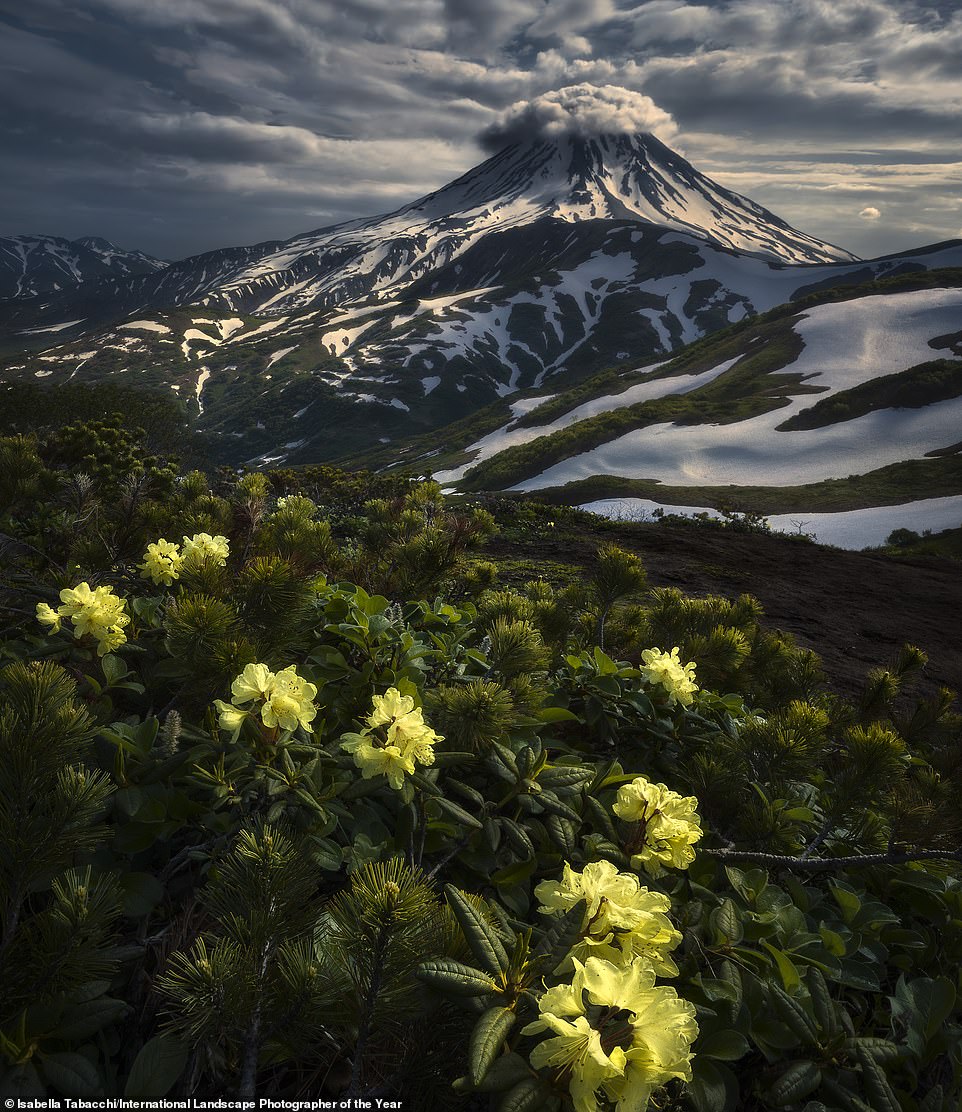 Italian photographer Isabella Tabacchi took third place in the International Landscape Photographer of the Year contest. This beguiling image of hers shows the Vilyuchik stratovolcano, located on Russia’s Kamchatka Peninsula, garlanded by clouds and with yellow rhododendron in the foreground 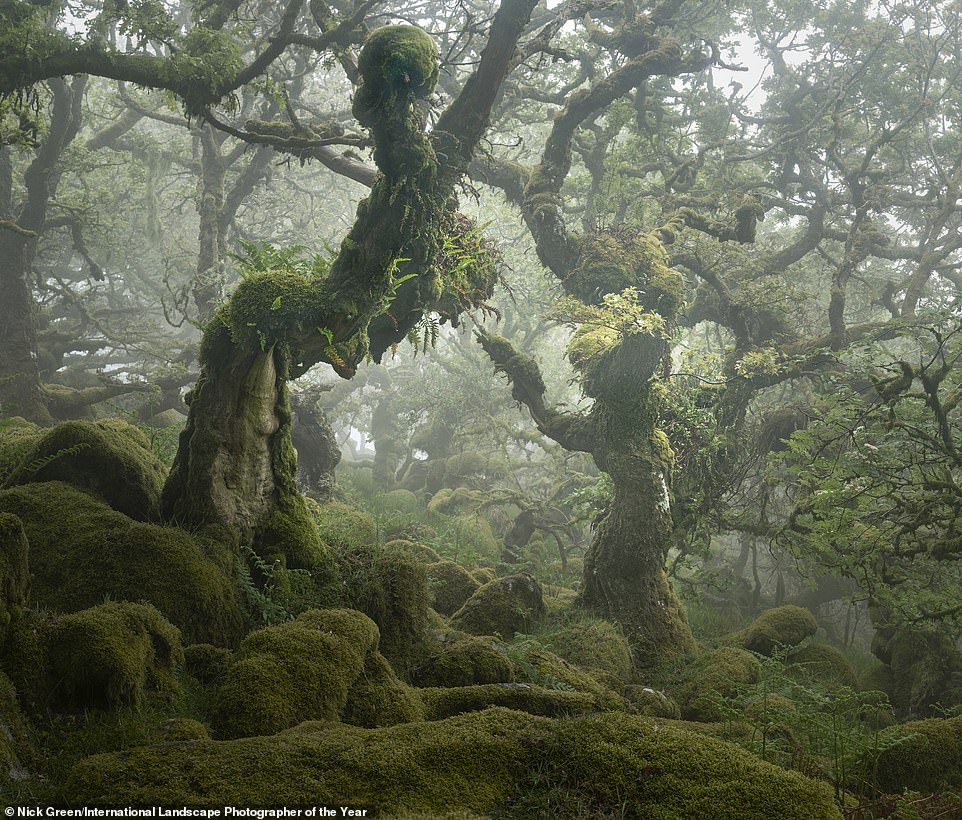 This stunning image, by Nick Green, features in the judges’ top 101 image list. It shows the view across Wistman’s Wood in Dartmoor National Park 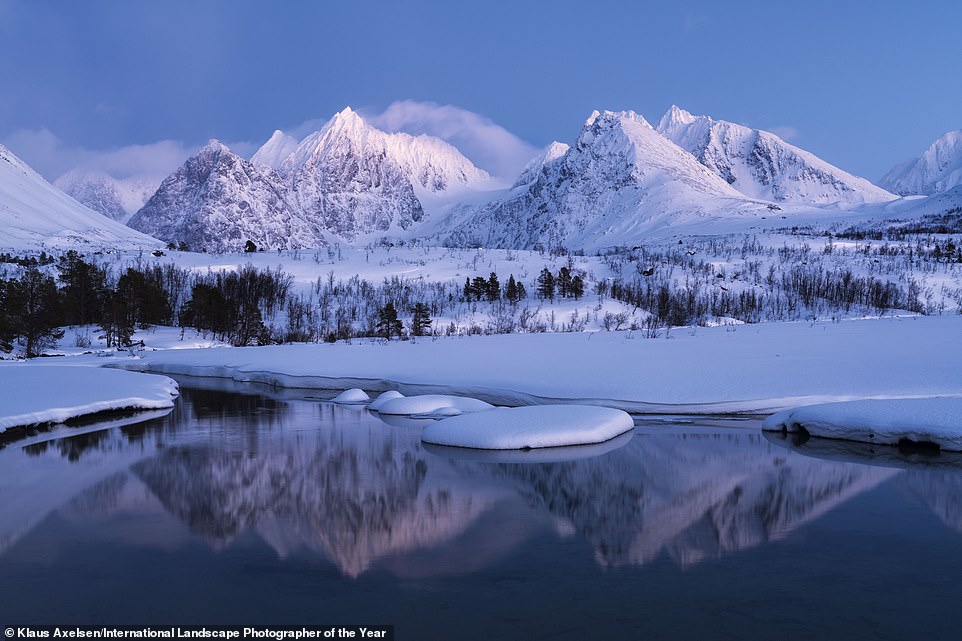 Photographer Klaus Axelsen is behind this beautiful image of the Lyngen Alps in Troms, Northern Norway. He called the photo Blue Hour Scenery 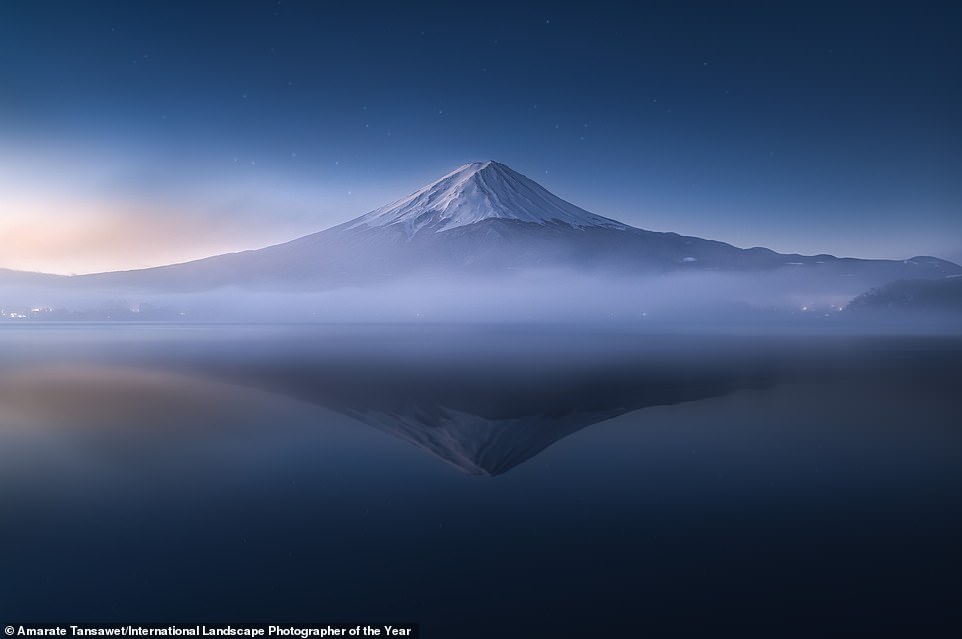 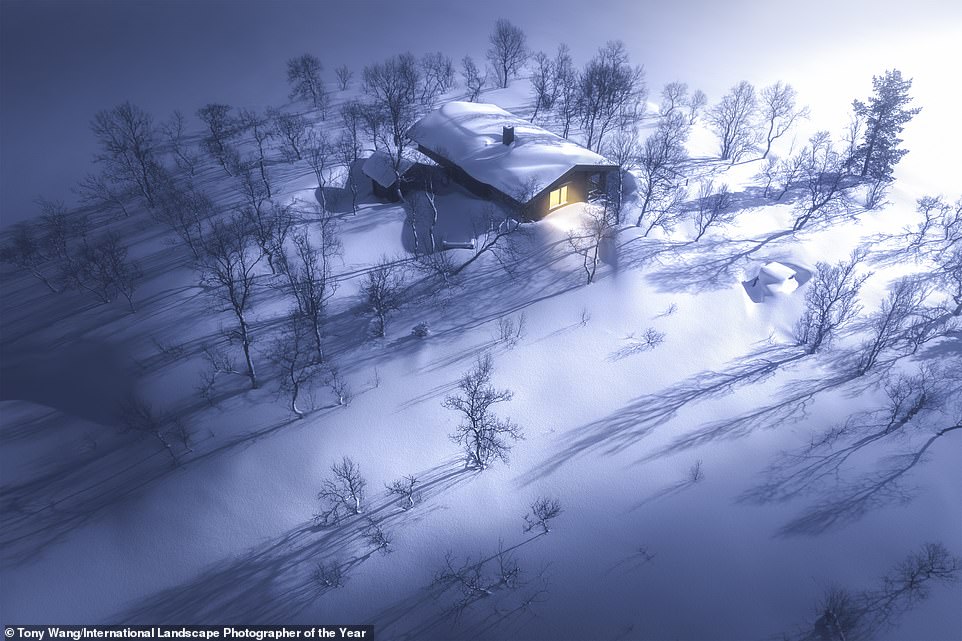 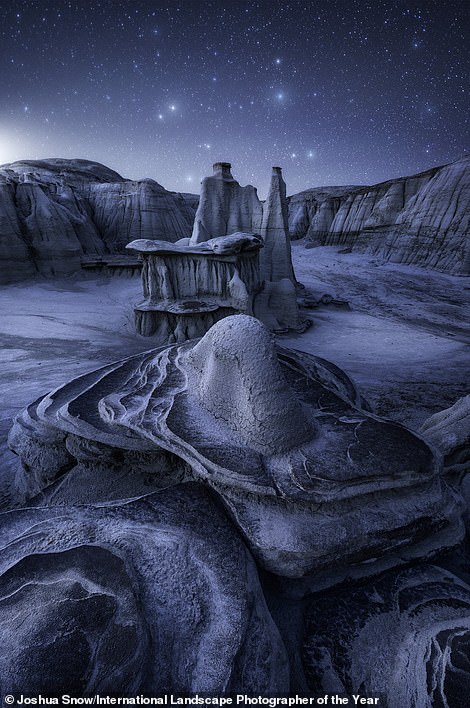 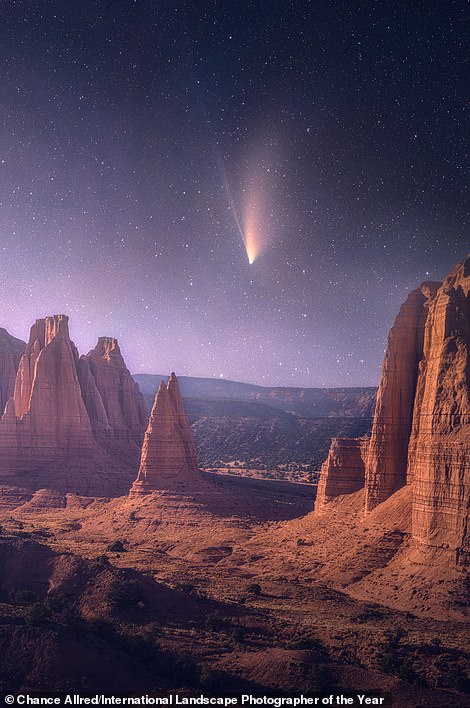 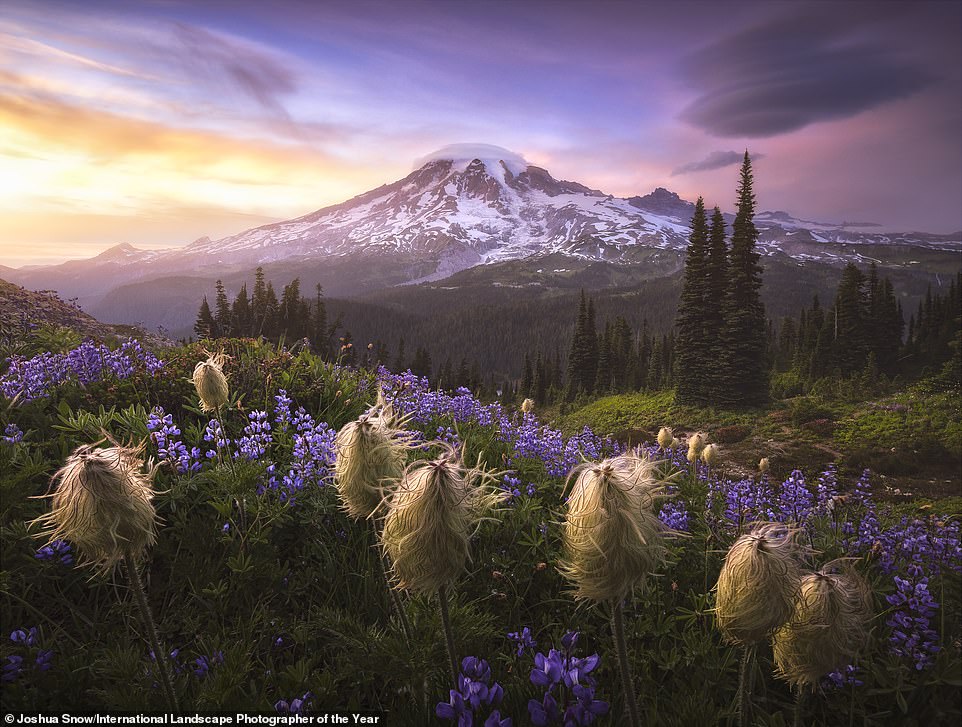 Another shot by runner-up Joshua Snow. Called Beyond, it shows the stunning landscape in Mount Rainier National Park, Washington 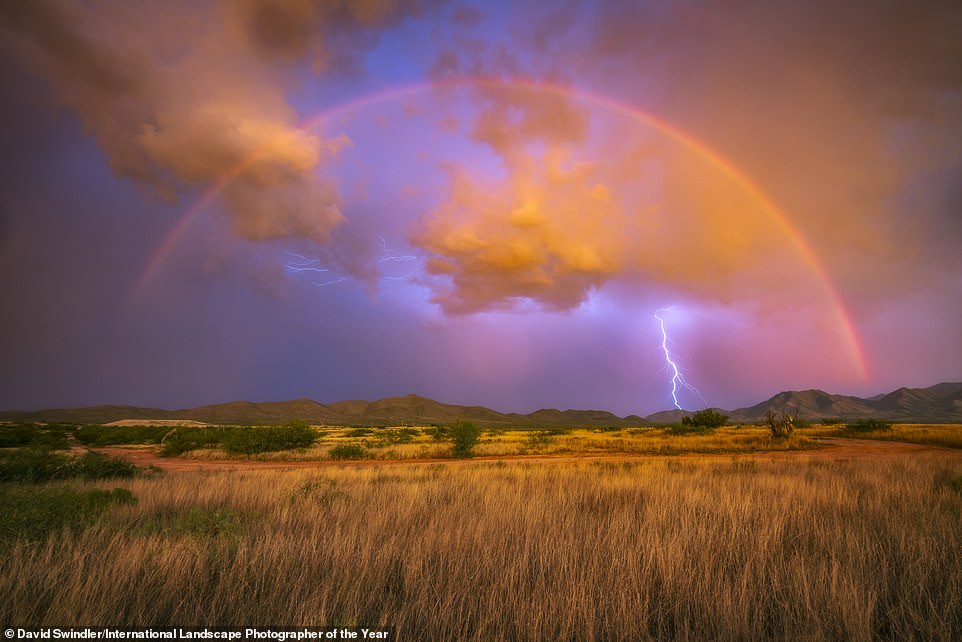 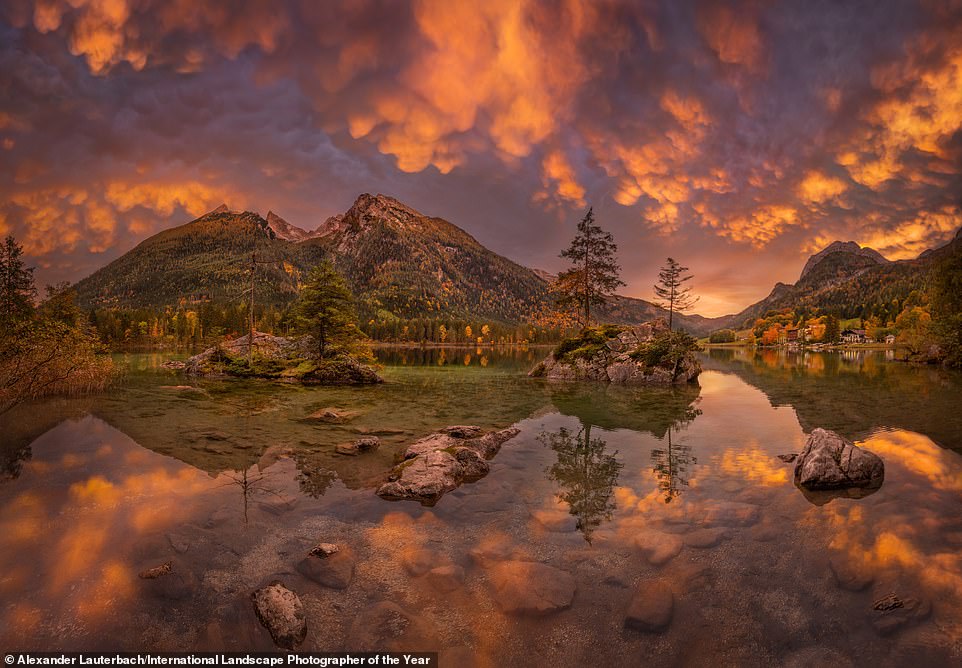 An incredible shot of Hintersee, a lake in Berchtesgaden National Park in Germany. The amazing scene was captured by photographer Alexander Lauterbach and is in the top 101 image list 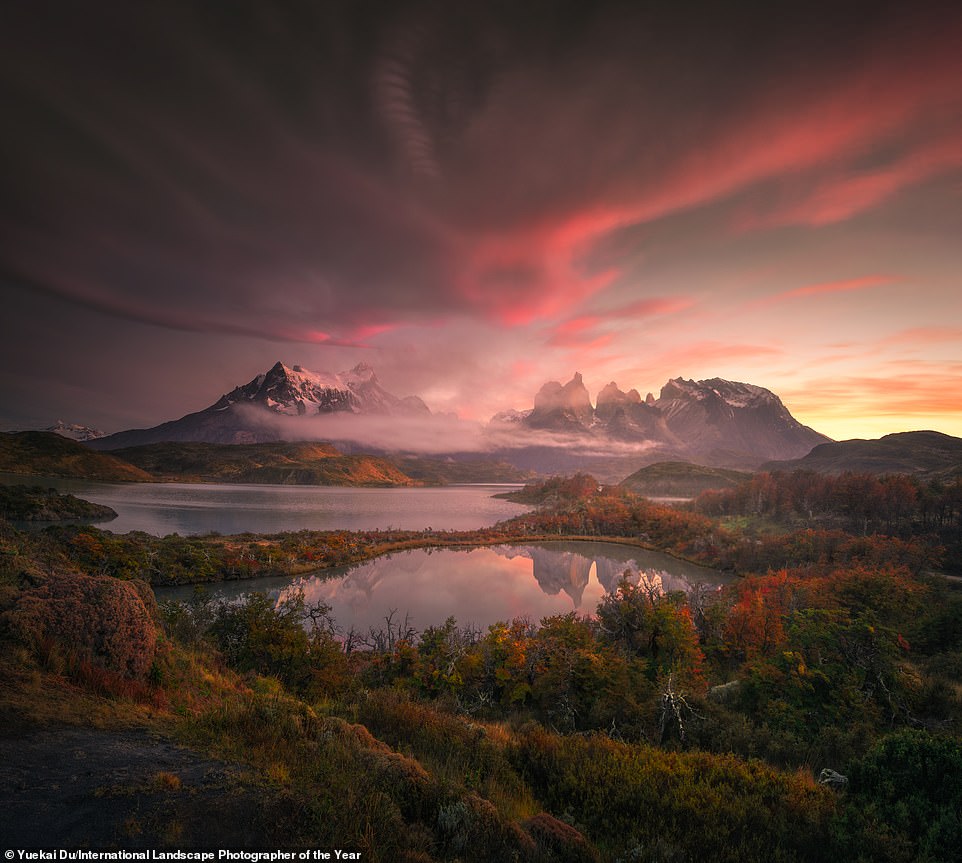 Torres del Paine National Park in Chile at its bewitching best, framed with consummate skill by photographer Yuekai Du from China in a top 101 image he called Jurassic 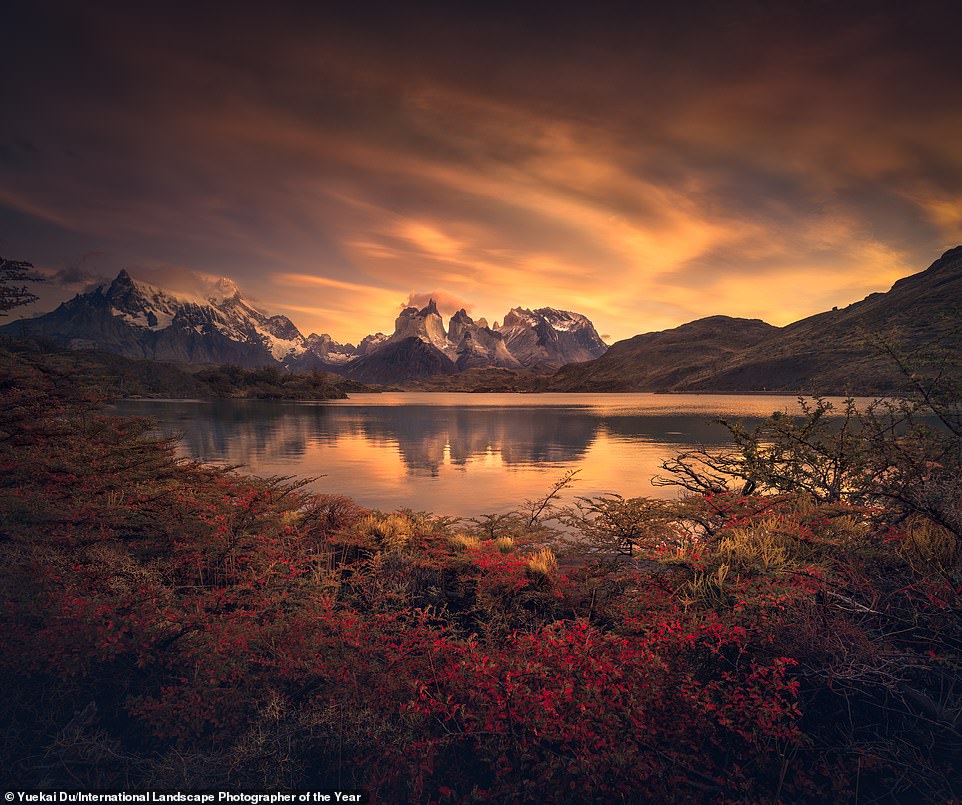 Another stunning shot of Torres del Paine National Park in Chile by Yuekai Du. This one, also in the top 101 list, is called Banquet 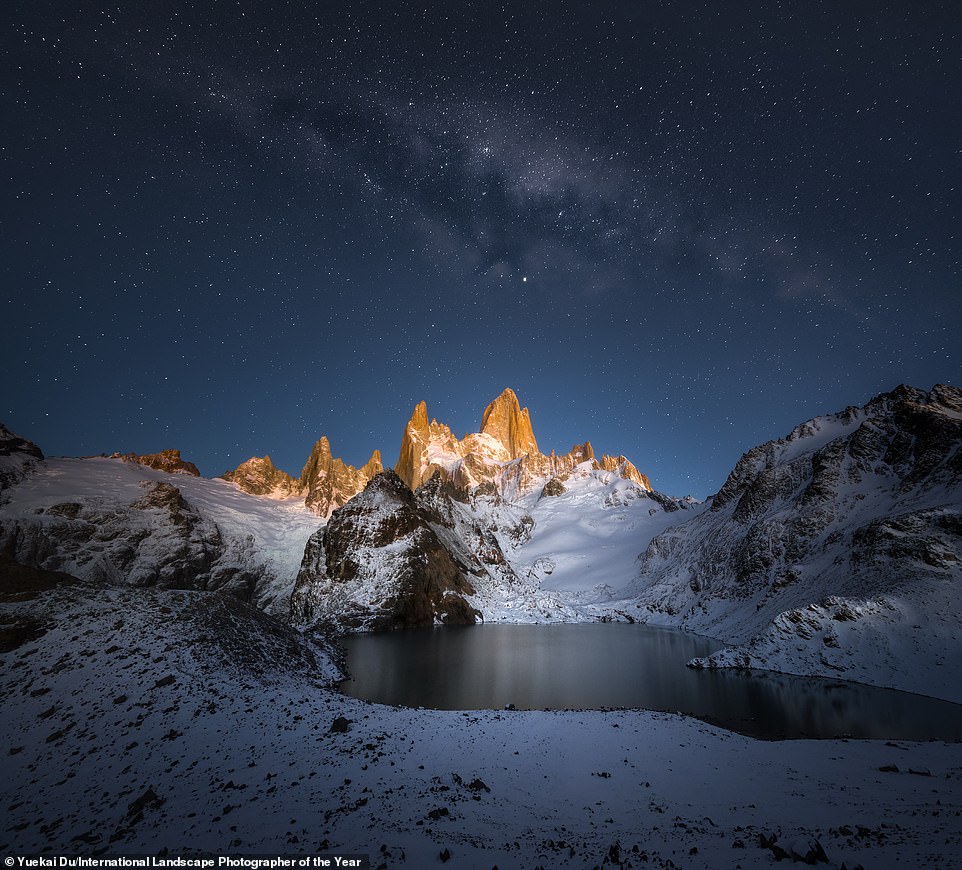 Another Yuekai Du masterpiece, this time of Monte Fitz Roy in Argentinian Patagonia under a blanket of stars. He called the image Oreo

This haunting, misty shot of Hirzel in Switzerland was snapped by photographer Nick Schmid. The judges deemed it definite top 101 material 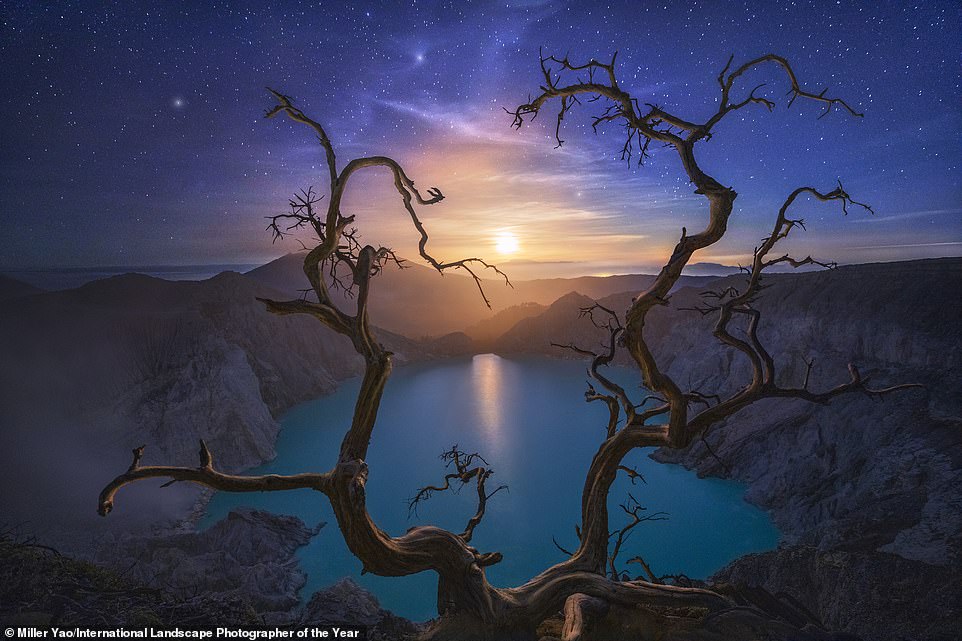 This jaw-dropping image of the moon shining over the Ijen volcano complex on Java island in Indonesia was taken by photographer Miller Yao. It made the judges’ top 101 images list 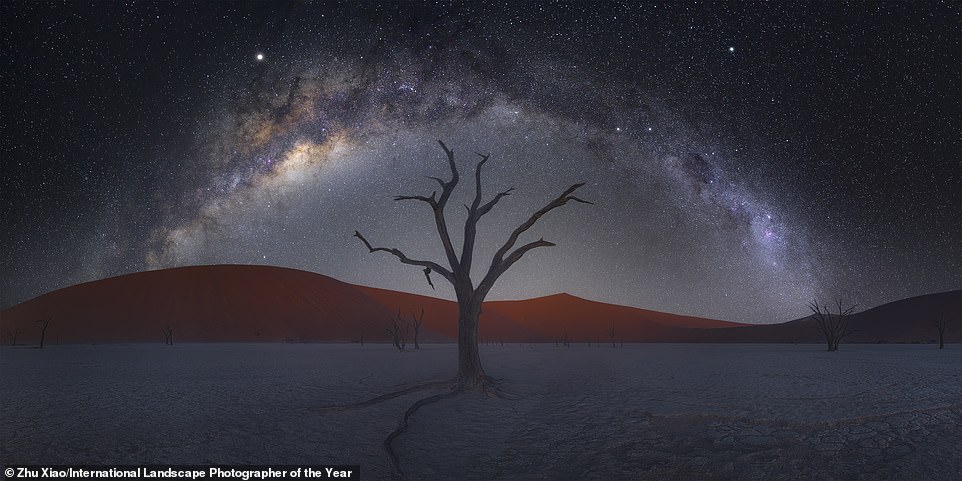 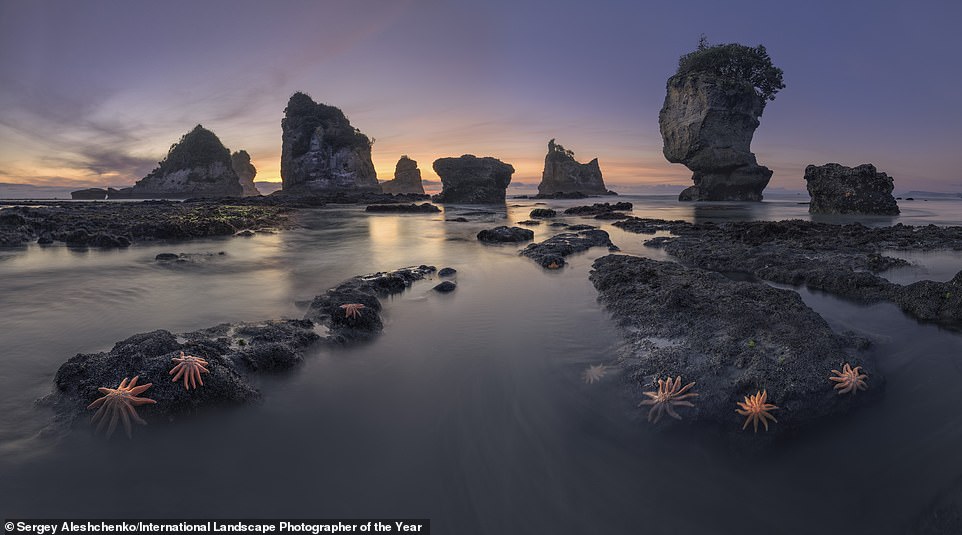 An atmospheric shot of Motukiekie Beach on the west coast of New Zealand’s South Island by Russian photographer Sergey Aleshchenko. It made the judges’ top 101 images list 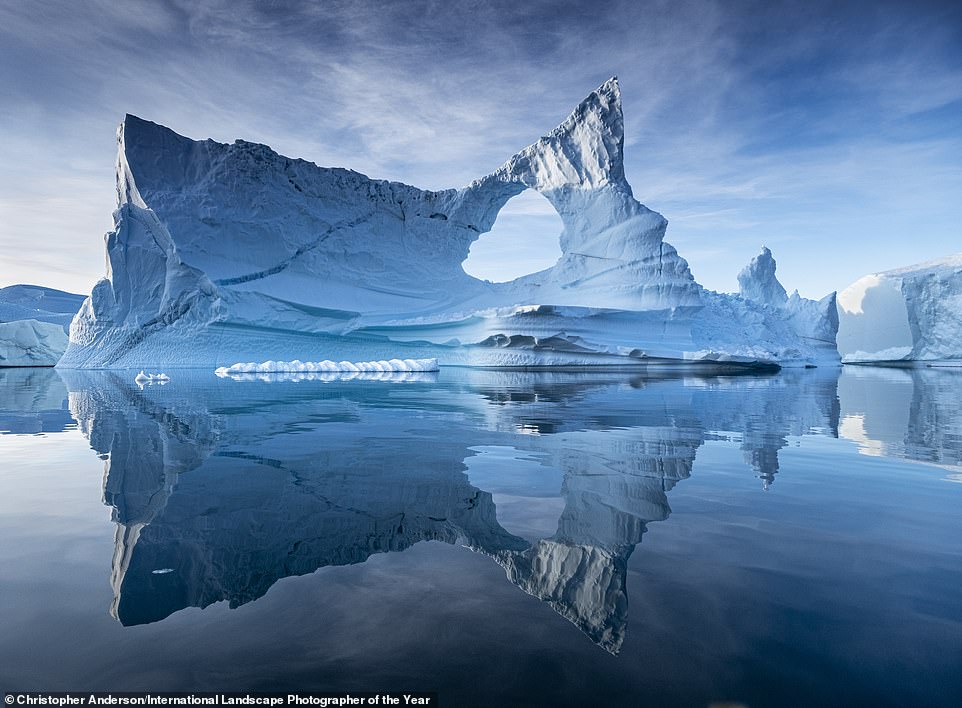 Iceberg Alley is the name of this stunning image by Christopher Anderson, which made it into the top 101. He snapped the photo in Scoresby Sund in eastern Greenland 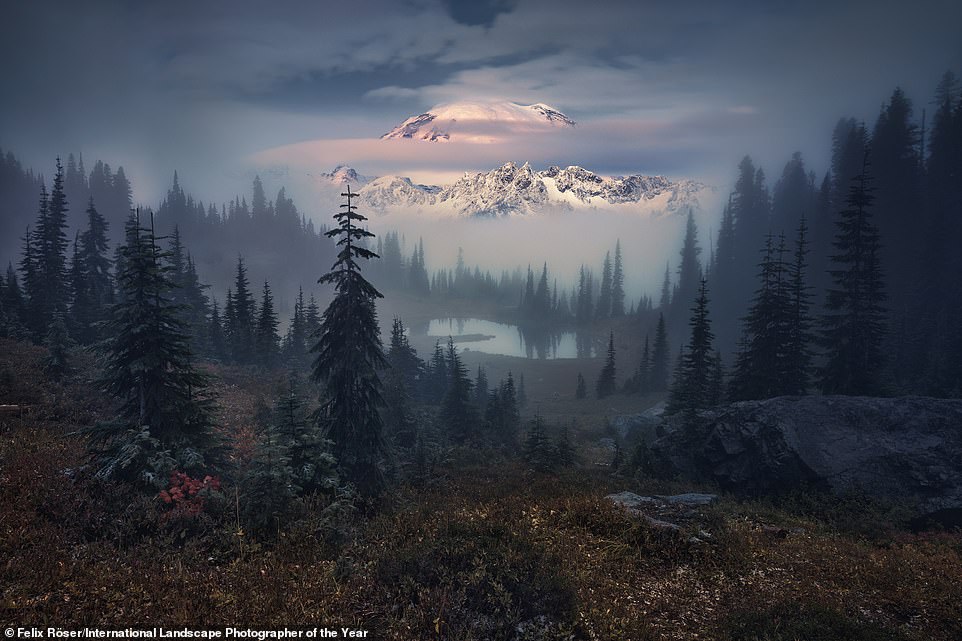 This magnificent image, called Hide & Seek, was snapped by Felix Roser and is in the judges’ top 101 images. It shows Little Tipsoo Lake in the Cascade Mountain Range in Washington State 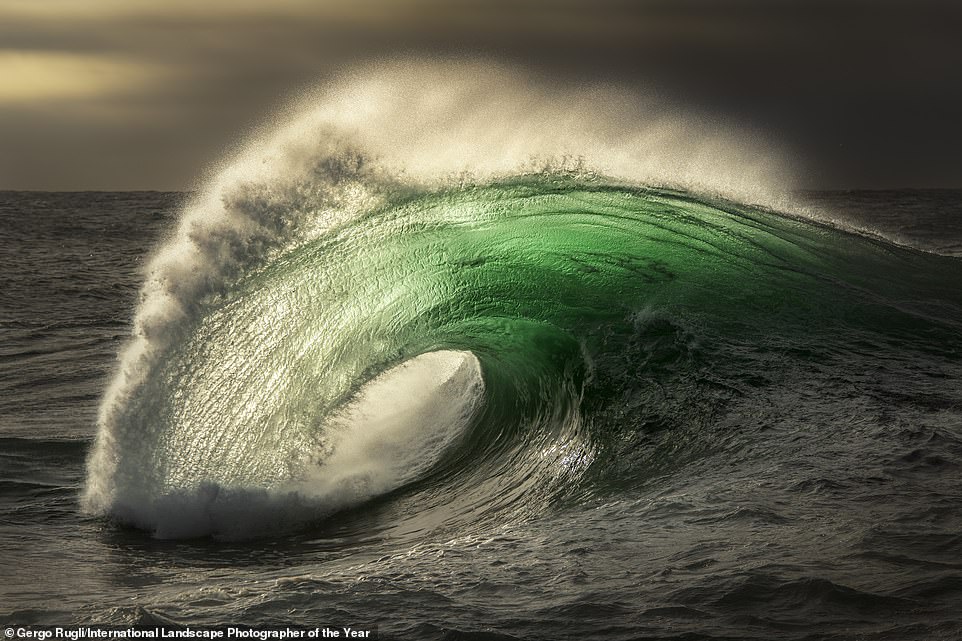 This stunning top 101 image, by Gergo Rugli, is called Nereus. He snapped it in the Australian coastal town of Kiama in New South Wales 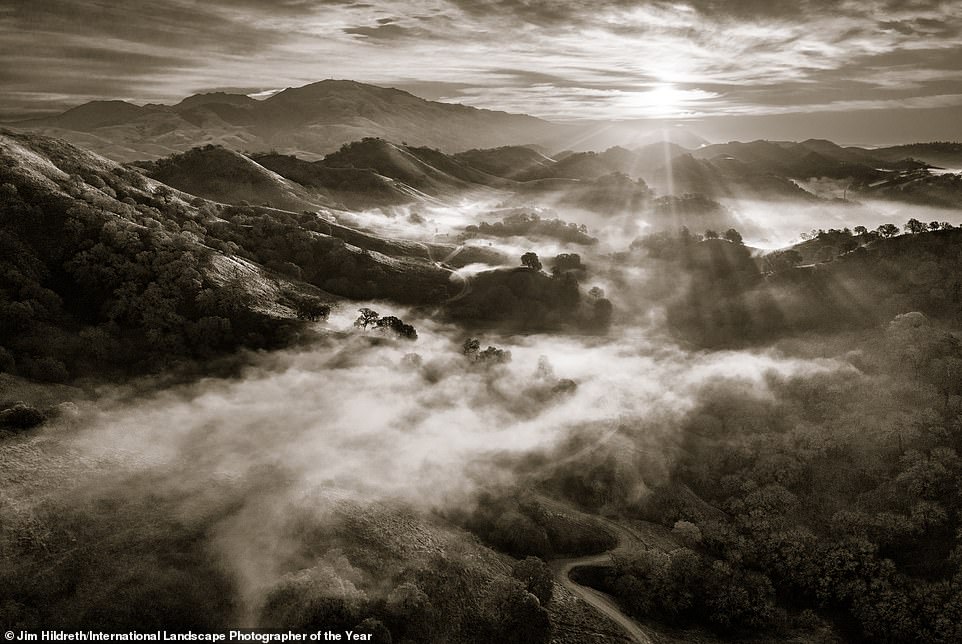 Qld border to fully open after 250 days of restrictions

NYC authorities shut down an illegal club with about 400 people inside
We and our partners use cookies on this site to improve our service, perform analytics, personalize advertising, measure advertising performance, and remember website preferences.Ok