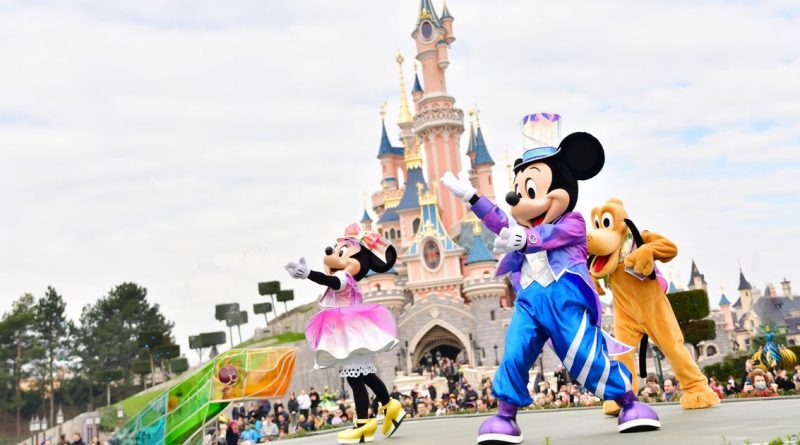 A woman claims that she missed out on her holiday to expensive Disneyland Paris after a family member purposefully tore her passport.

Many Brits don’t realise that if your passport is damaged in anyway it can be rejected at the airport.

The gov.uk website states: “You must replace your passport if it has more than reasonable wear and tear because you may not be allowed to travel with it.”

So while a few scuffs are unlikely to see you turned away from your flight other damage can have devastating consequences.

A British 21-year-old discovered this when she was unable to fly to Paris with her friends.

Posting on social media site Reddit, the anonymous woman claimed that her six-year-old niece, J, was so jealous of the young woman’s trip that she sabotaged her plans.

She wrote: “My Niece J was understandably very jealous when she found out we’d be spending a few days in Disneyland, and started begging me to take her.

“I told her I couldn’t but promised to bring back presents.

“This wasn’t good enough for J so she started whingeing, and then screaming, so my sister took her home.

“This was a week last Wednesday, they came round on the Sunday, the day before I was due to leave.”

The 21-year-old was packing her suitcase and had everything she needed to go in her room – including her passport on her desk.

She added: “When I went to pack it it was gone. I couldn’t find it anywhere, neither had my parents or sister.”

The family eventually found it in the possession of her toddler nephew (S) who said his sister, J, had given it to him – and it had been ripped.

The woman said: “She finally admitted that it wasn’t fair that I got to go to Disney and she didn’t, so she gave it S and told him they were playing hide and seek with it.

“She’s been abroad and knows that I can’t go without my passport.

“There was no time to get a new passport so I didn’t get to go on the holiday I’d been saving ages for and it was late to get a refund.”

Her holiday to Disneyland Paris along with the park tickets and a replacement passport came in at £725.

The woman told her sister, J’s mum, that she wanted her to pay her back.

She noted: “She said that S is only little and he didn’t know what he was doing, I told her I believe that, but her daughter knew full well what she was doing.

“I did tell her if she couldn’t do it in one go I was happy to accept instalments.

“She refused and she and her partner are acting like I’m an a**hole.”

The woman’s parents sided with her and so her sister said "they’d have to take the money out of the savings they have for the kids Christmas presents".

The six-year-old was punished by being told they would not go to Disney the next year and missing out on gifts the young woman’s friends brought back from the trip.

She added: “I made a big show of making it clear she got nothing, but that she would have done if she hadn't taken my passport and she'd brought it on herself.”

The upset holidaymaker asked on Reddit for other peoples opinions of the matter.

One person said: “She eldest might not fully understand it but she was vindictive enough to destroy something she knew OP needed to go.

“It’s terrible jealous behaviour and she needs to learn a harsh lesson. “

Another added: “I'd go as far as to take them to small claims court if they don't pay.

“I’m a parent, and I'd be horrified if my kids did this.”

While a third said: “Parents are responsible for their kids expensive screwups, they need to pay up.”

Others called her “spoiled”, “cruel” and “diabolical” while others said she was on the “naughty list”.

What would you do in this situation? Tell us in the comments…