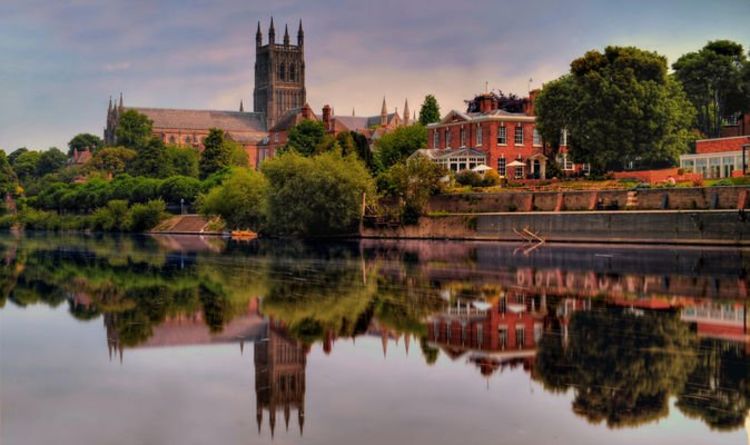 Britons who went on a UK holiday this year had a range of options for their staycation stays. Many chose to go camping and experienced the great British outdoors.

While official camping sites were reported to book up quickly, this summer saw the emergence of pop-up camping sites.

Helped by the Carry on Camping campaign, pop-up camping sites allowed farmers and other landowners to provide additional holiday options and generate revenue.

Pitchup recorded bookings 200 percent higher than in 2019 for official camping sites and called for the Government to extend the pop-up sites’ permit this summer.

They reported: “Around a quarter (55m) of domestic nights are spent at the UK’s estimated 13,000 camping and caravan sites, making them the most popular type of domestic holiday accommodation.”

With the extended 56-day opening period, pop-up campsites helped Britons holiday in remote rural areas and enjoy the outdoors up and down the country.

“The surge in demand [was] a chance for rural businesses and communities to recover from the pandemic.”

Now that the summer season is over, Tourism Minister Nigel Huddleston went to a pop-up campsite in Worcestershire to learn about the campaign and take stocks of what a difference the pop-up sites can make to farmers.

The extended Permitted Development Rights enabled farmers and land-based businesses to operate tent campsites for 56 days in England and Wales without needing to apply for planning permission.

The regulation is expected to turn back to the pre-Covid 28 days at the end of the year.

Oliver said: “We’ve had more than 350 bookings this year. I would estimate that everyone who stays with us spends between £25 and £30 a day with surrounding businesses which has a really positive impact on the local economy.”

He continued: “People have been coming from all over and seem to be having a wonderful experience. Often, they’ve never camped before and turn up with a tent straight from the outdoor shop that they don’t know how to put up, but they soon figure it out.”

Oliver and his parents have a number of diversification projects on the farm.

They run a music festival, a triathlon, an organic ready meals business, Pegoty Hedge, and the campsite, which is nestled in a five-acre field next to the River Severn.

Oliver said: “The 56-day rule has made it possible for a lot of farmers across England and Wales to open a campsite for the first time.

“Pretty much everyone who stays with us walks across to the village. They may buy ice creams in the afternoon, perhaps hire a canoe or boat and go on the river, have lunch and drinks in the local pub and in the evening, go into the town.”

Pop-up campsites are a fantastic opportunity for farmers, but also for rural communities at large.

And of course, it allows Britons to go on a holiday, even when official campsites are fully booked.

Oliver said: “Upton is a tourist town and without visitors it would suffer. Campsites like ours are a fantastic way to boost visitor numbers during peak season when demand is at its highest and with the extended planning regulations in place, that is happening all across England and Wales.”

Dan Yates, founder of Pitchup, said: “Setting up a temporary campsite is an easy way to address the issue of falling farm incomes while providing holidaymakers with access to some of the UK’s most spectacular countryside.”

Britons who chose to pitch their tents on pop-up campsites can feel good about their holidays, knowing they are helping local communities.

The success of the pop-ups was staggering this summer.