Home » Travel » Won’t be ‘drinking sangria all year’: Spain expats on misconceptions and essential to pack 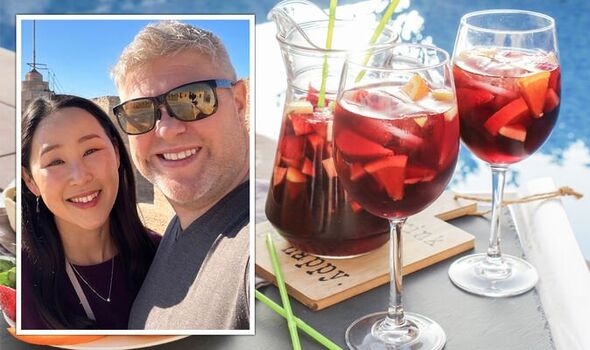 An expat couple moved to Valencia, a popular Spanish town for expats from around the world. Josh and Vicky moved to the country with their dog, Hodu.

Now they film and share details of ex-pat living on their Youtube channel, A Couple of Nomads.

The couple addressed the biggest misconceptions about expat life in Spain.

“You’re going to be sitting on the beach and drinking sangria all year!” the couple said.

They said: “In the wintertime here in Valencia it’s cold.

“Maybe not as cold as the U.K. but, Valencia is colder than most expect.

“Waking up mid-January in the morning it’s as low as 1 degree outside.

“So, bring a winter coat, most people here are bundled up in hats, scarves, and maybe even gloves while drinking a beer on a terrace.”

The temperature varies in Valencia across the year, from lows of five degrees Celsius in January to high on 31 egress in July and August.

The couple founded their YouTube channel when they could find no other similar platform detailing the realities of expat life.

They said: “We wish that someone had created a YouTube channel, like us, so we would have had a head start on different things to do and see in the city, that’s not all touristy.

“It can be overwhelming moving to a new city, let alone a new country, with a different language, and trying to figure out how it all works.

The pair also detailed one of the biggest struggles they faced when moving to the country.

Eating hours was one of the biggest struggles for the pair.

They said: “We would say the hardest thing other than the layers of bureaucracy, is adjusting to the eating hours.

“Once we arrived we were always starving.”

Most popular Spanish towns for expats

5 epic dream trips and how to make them happen